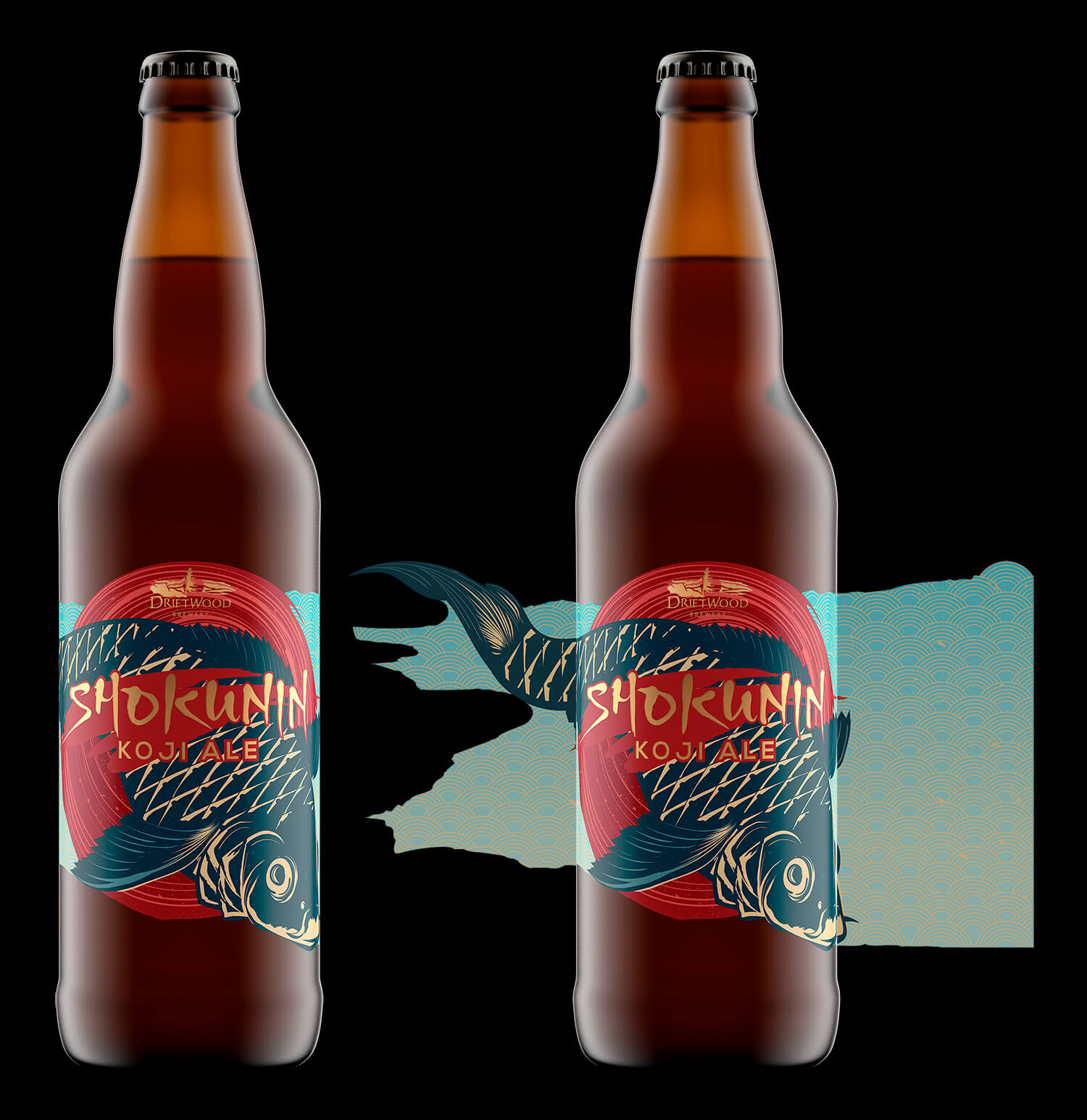 By their hand, this craft
shokunin – many moments
distilled into one

Shokunin means ‘artisan’ or ‘craftsmanship,’ but it has a deeper meaning rooted in a commitment to the craft; a mastery of one’s profession. Our inspiration for this Driftwood design is drawn from traditional Japanese paintings from the Edo period.

The Koi fish is illustrated in the style of Ukiyo-e: a traditional printmaking technique which involved a collaboration among artisans and producers to create works of art. Driftwood’s Shokunin release, in this sense, follows a similar process—the painstaking process of creating the Koji, the labour of love in incorporating Koji and adjuncts into the brew, the final production process which sees the bottle leave the brewery and finding its way to store shelves.

The design detail incorporates gold-coloured details for the waves and scales, starkly contrasted against the black and rust colour palette while blending with the grey-green waters. The key wordmark employs gold foil, hand lettered in the style of shodō, or Japanese calligraphy.

“A delicate ale of mixed fermentation, using Koji and traditional sake yeast, with no bittering hops added,” Shokunin represents the meeting of old and new styles, delicately balanced into something new. Our design is similarly old and new, featuring traditional Japanese illustrative elements alongside our own distinctive, Driftwood design style. 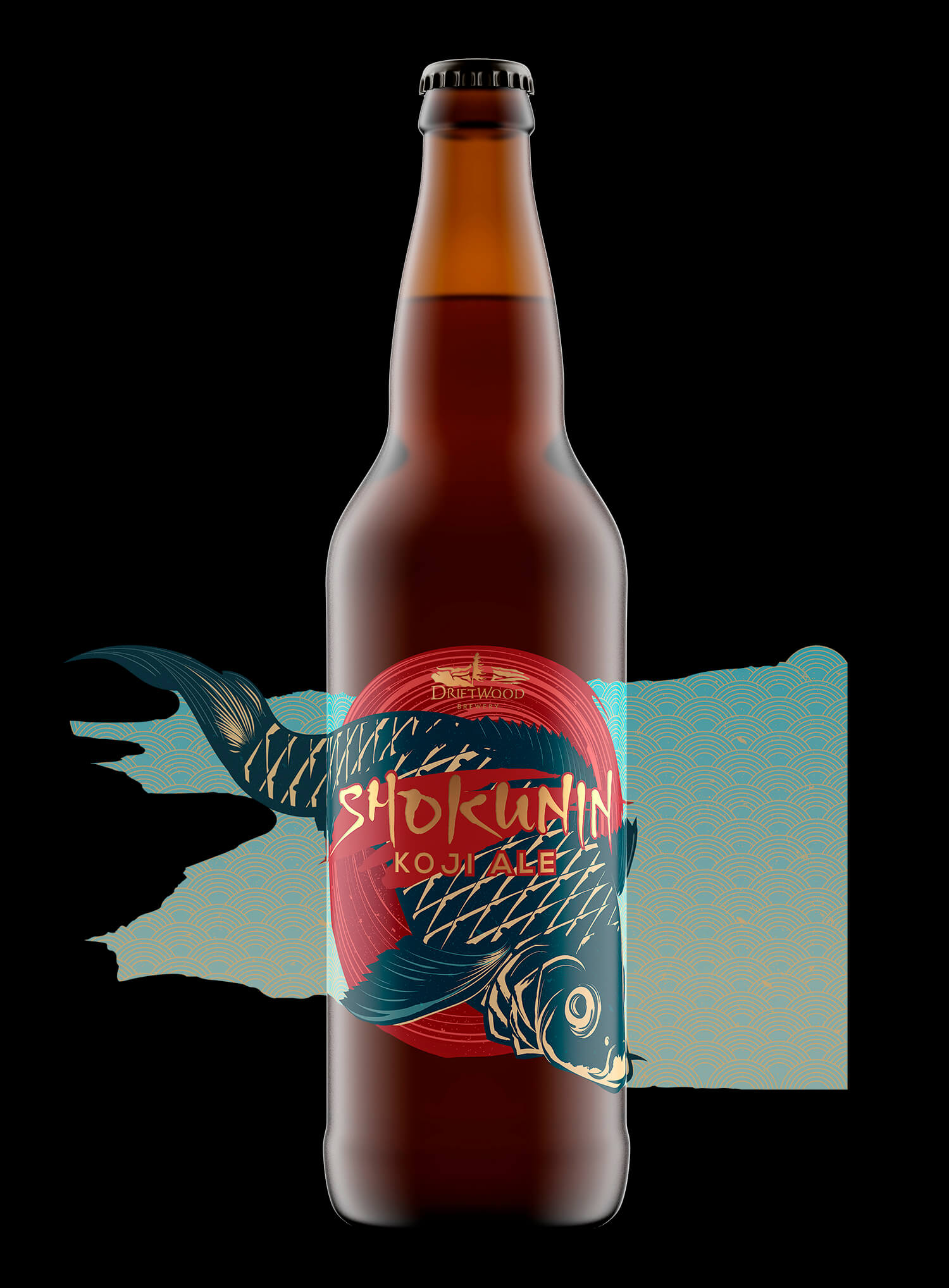 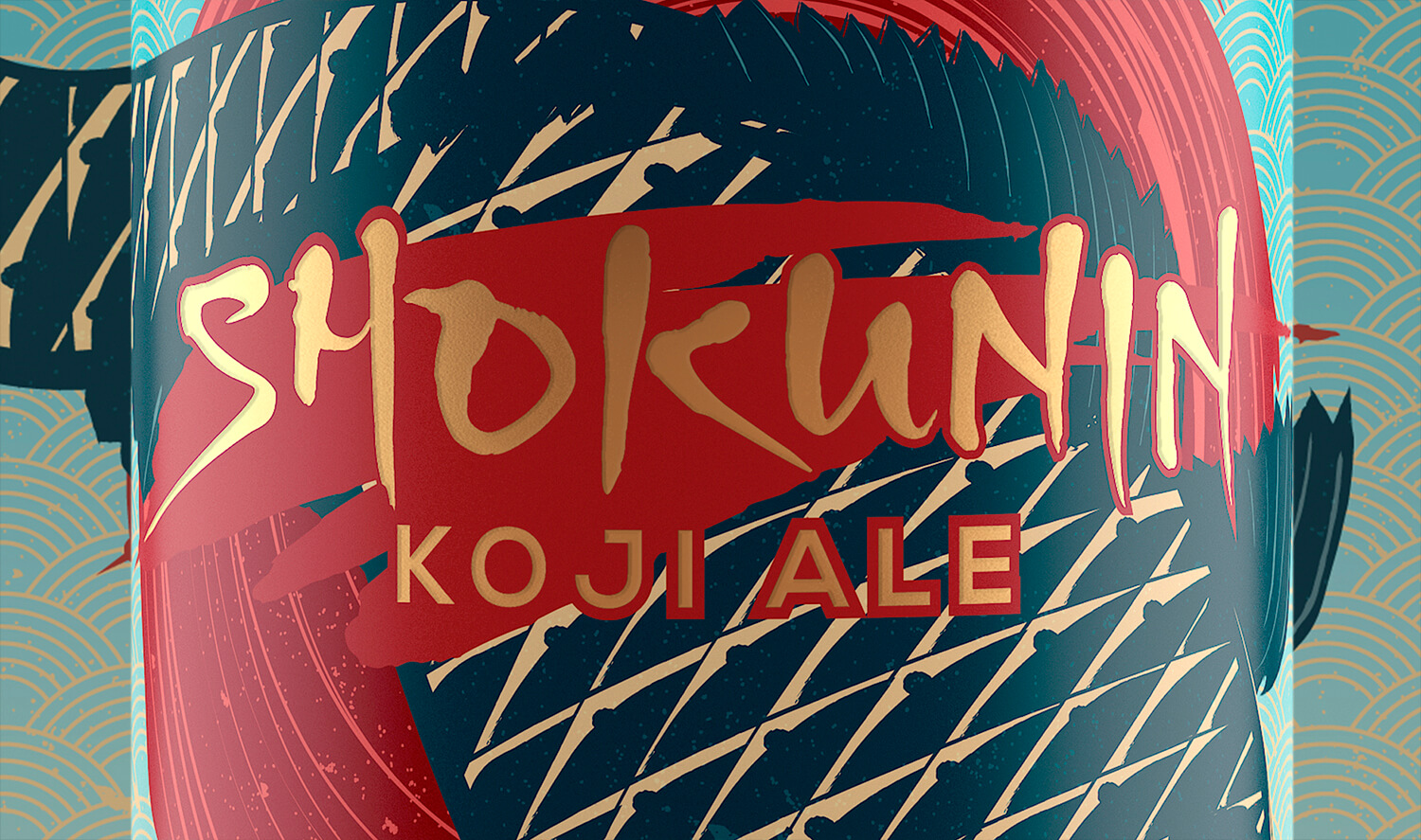 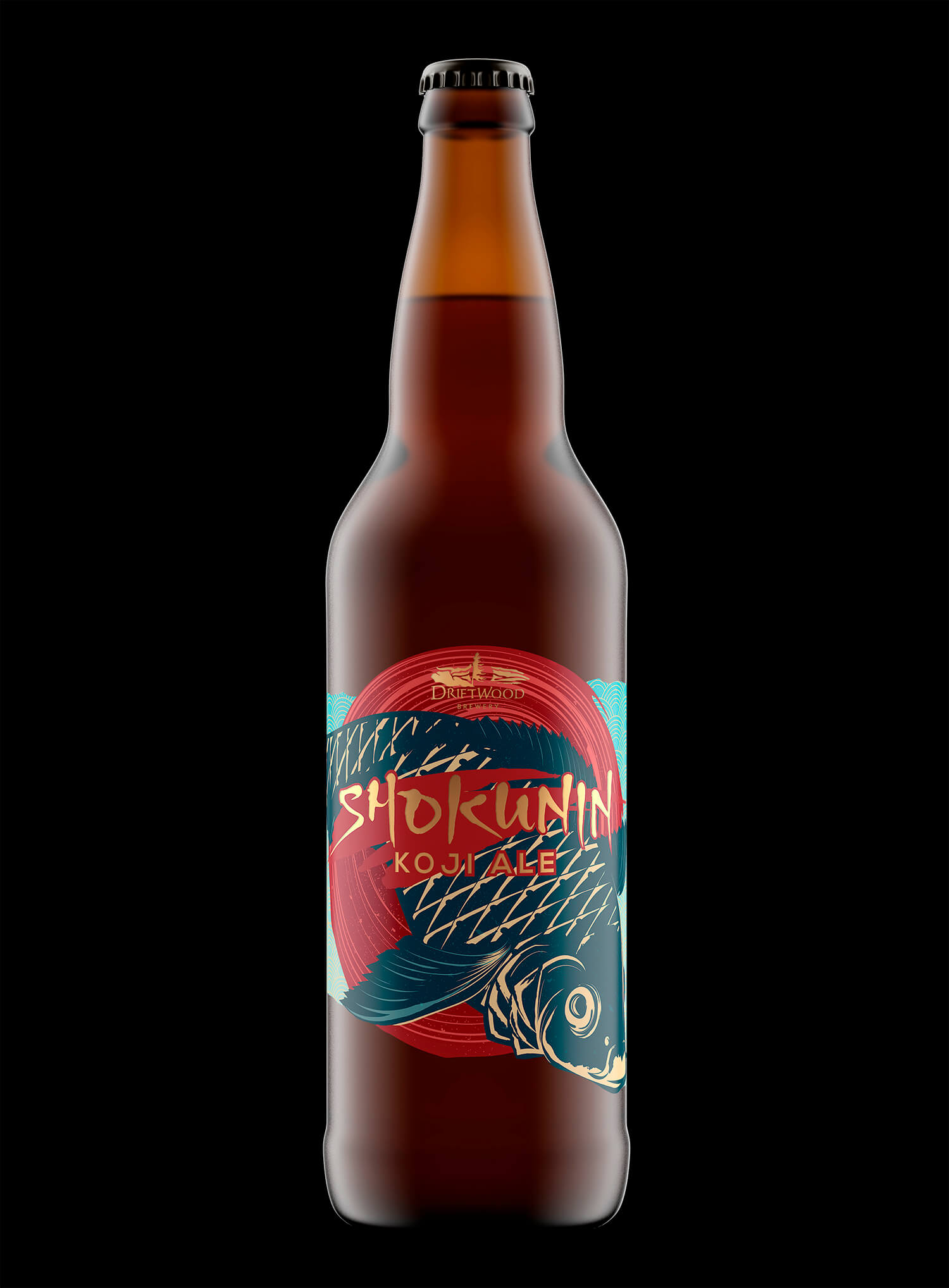 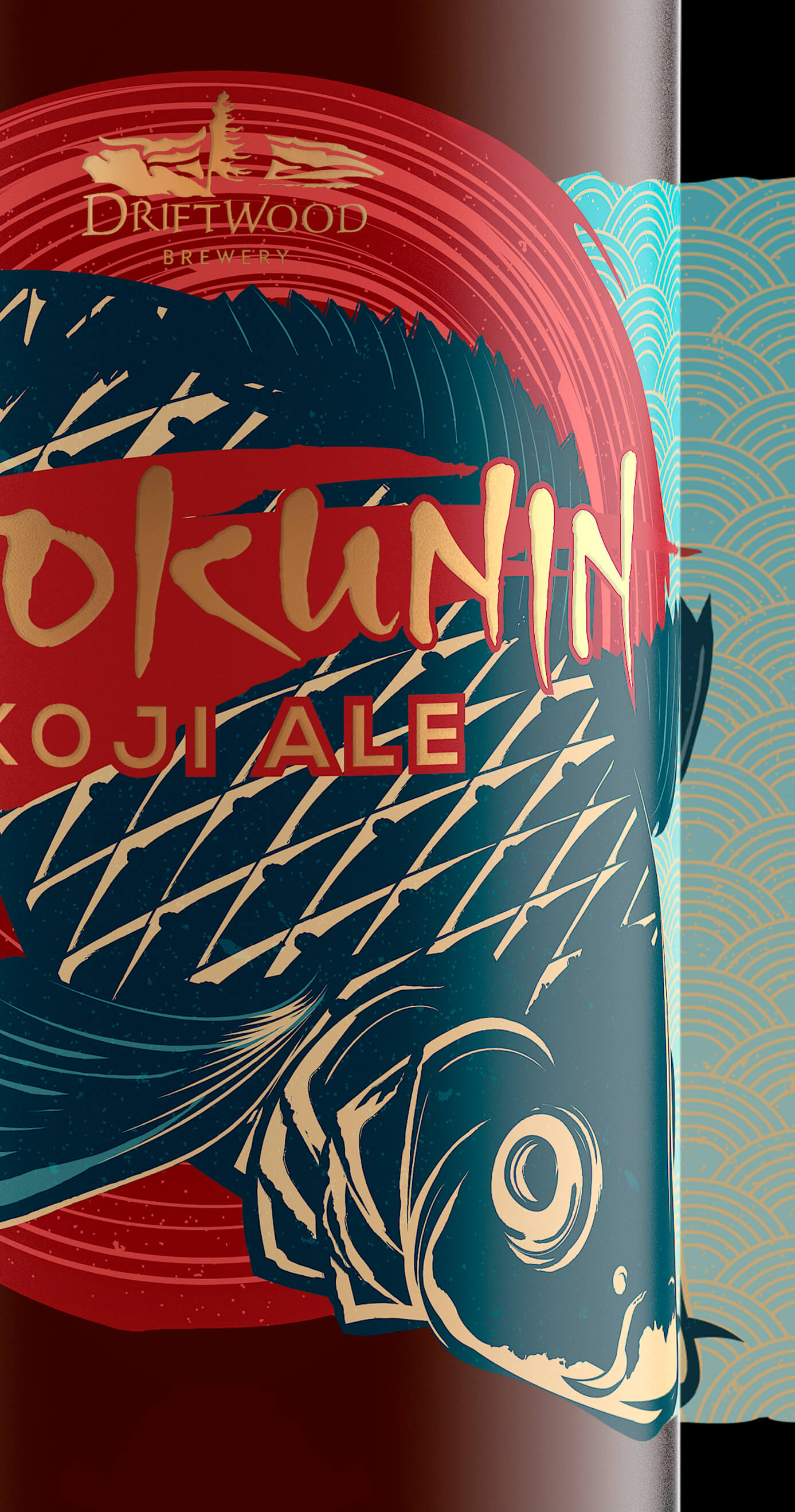 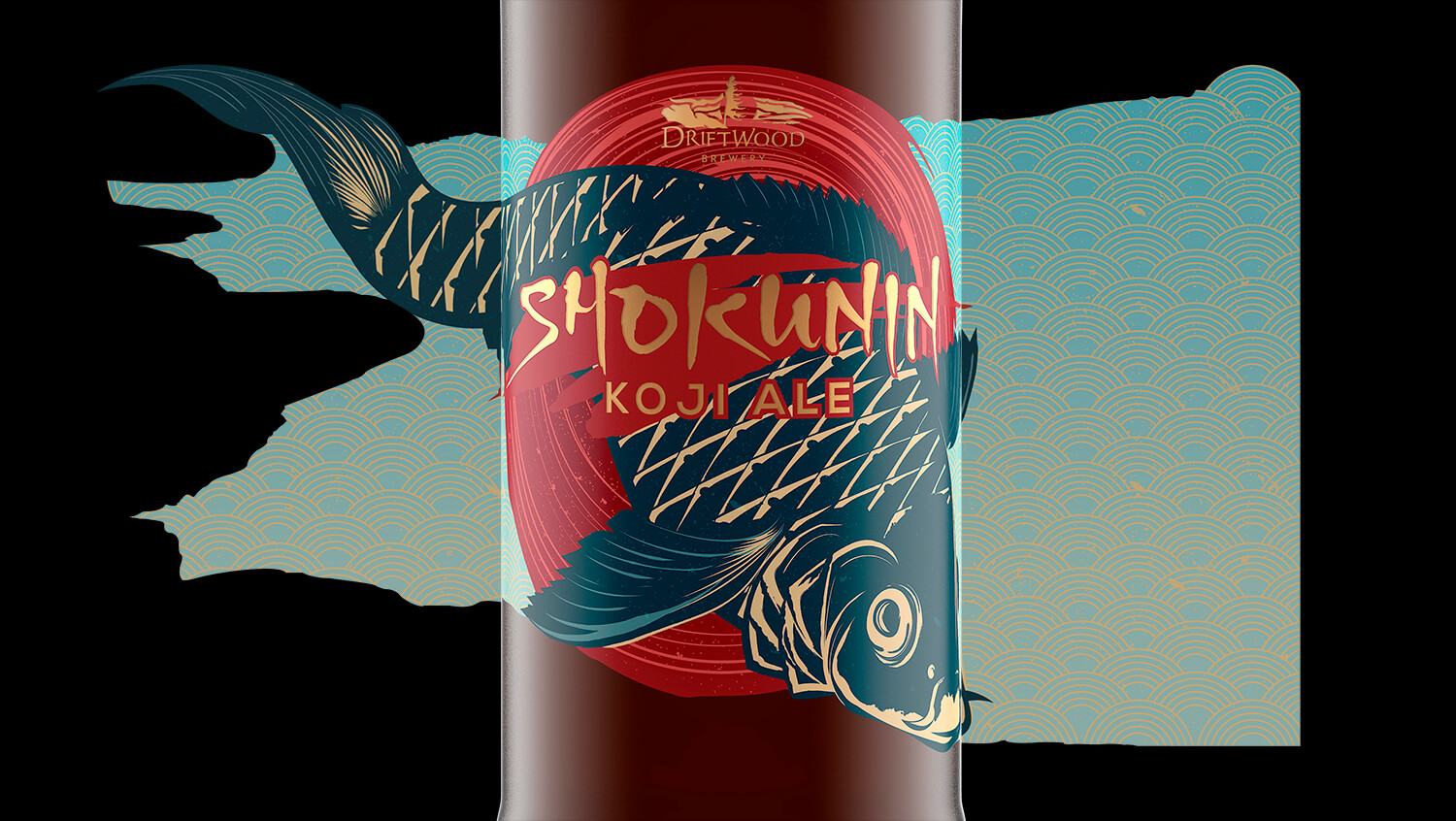 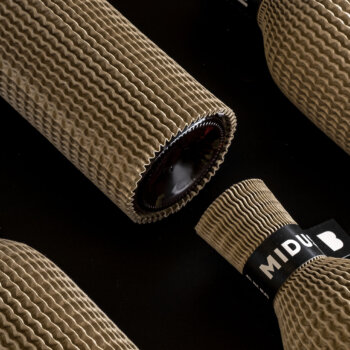 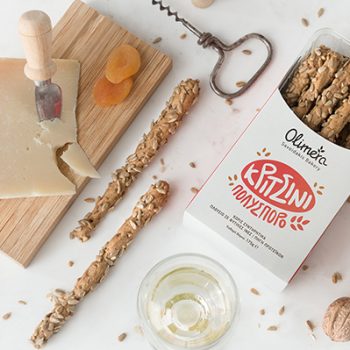 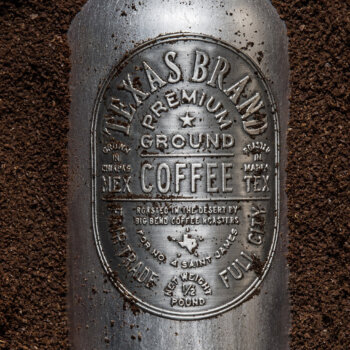 Tea & Coffee Texas Coffee by No. 4 Saint James
Want to inspire? Submit work
Submit your work!
Featured on Package Inspiration
Download
Sign up with your email address to receive news and updates