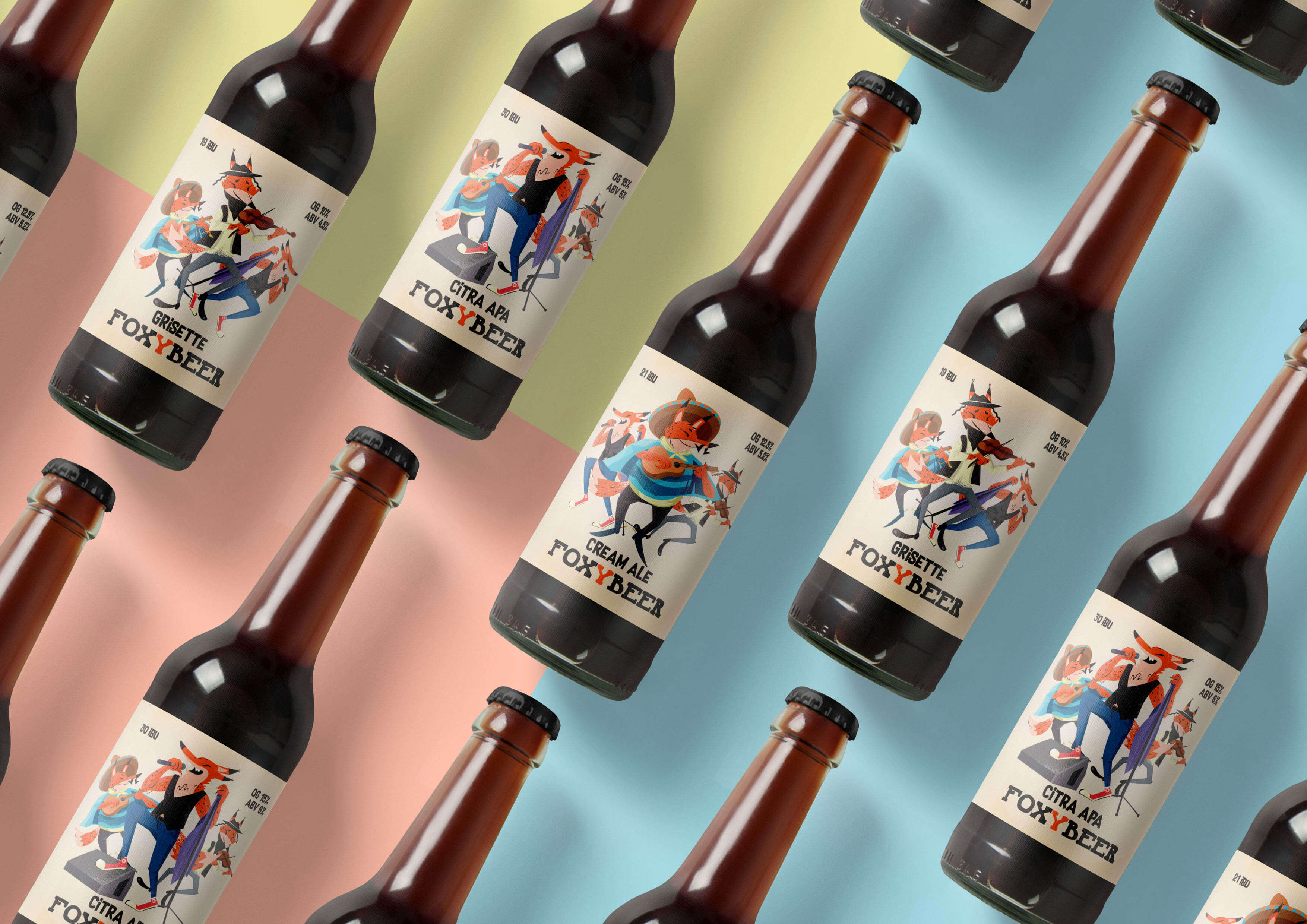 For three varieties of new seasonal ale, illustrations and beer labels have been developed. The concept was based on the difference of new tastes, brewed at the craft brewery from the beer from supermarkets. The design was designed in the style of a rock band FOXYBEER. Each fox character represented her unique taste of beer.

On vocals Citra Apa. Citrus
For the violin – Grisette. Refreshing
Behind the ukulele – Cream Ale. Balanced 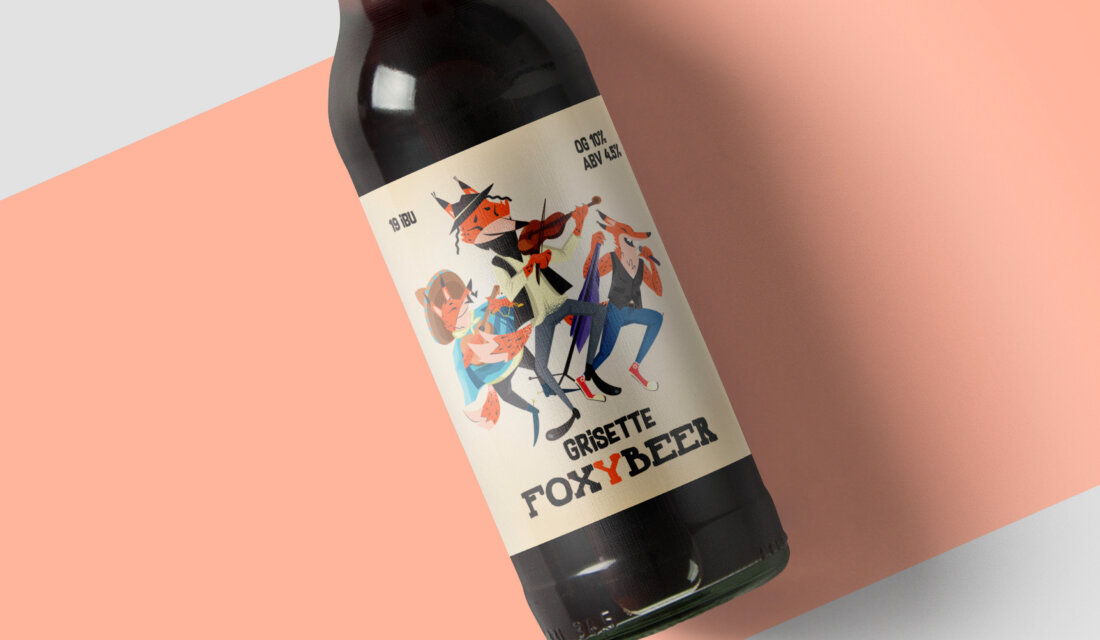 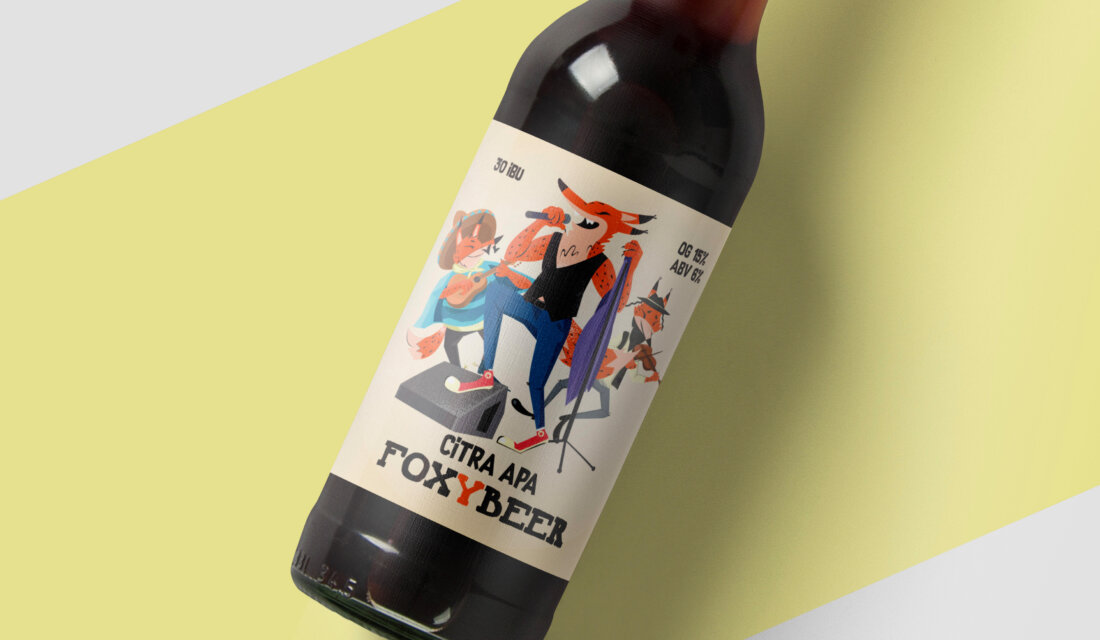 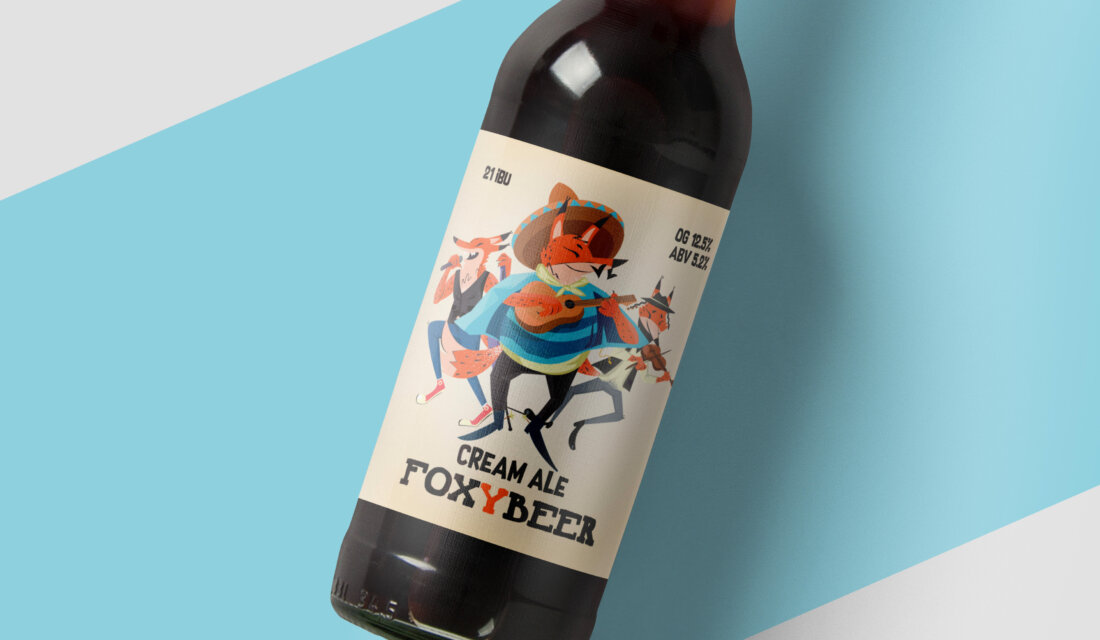 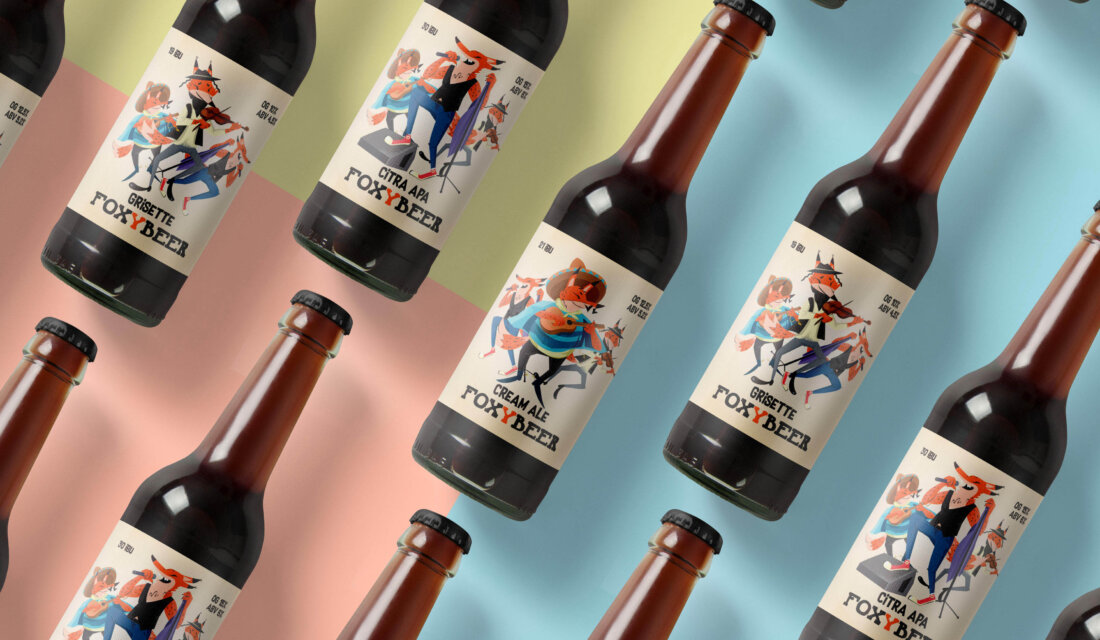 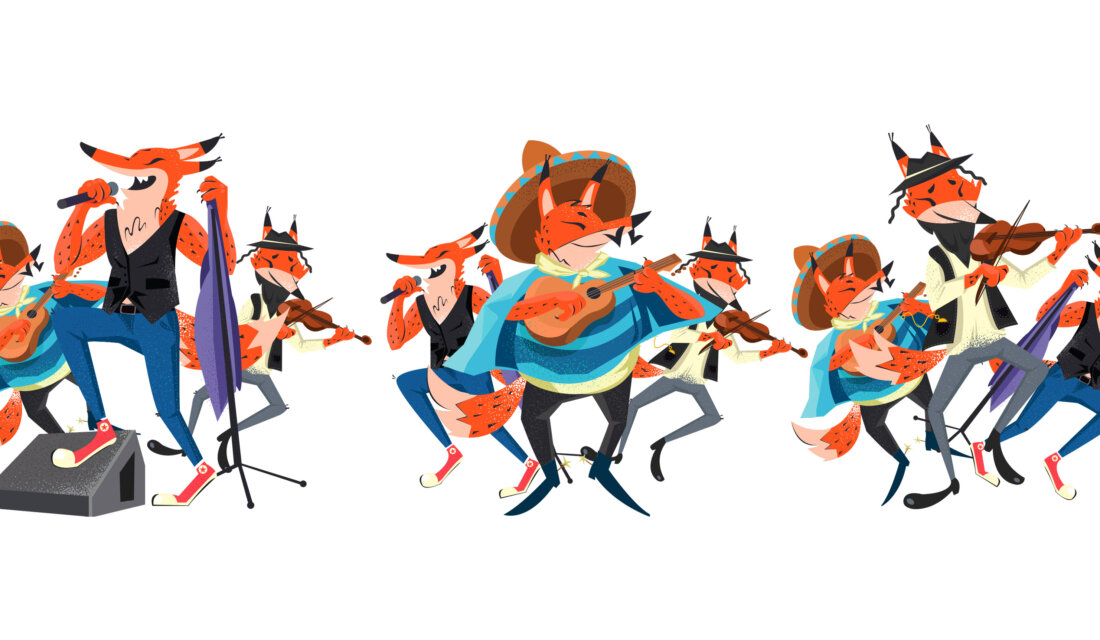 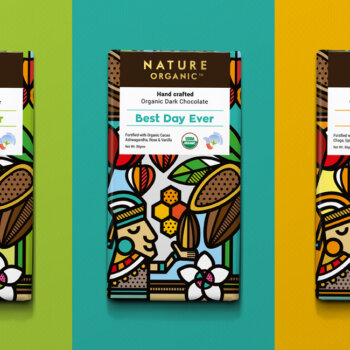 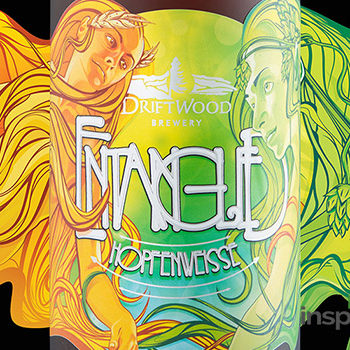 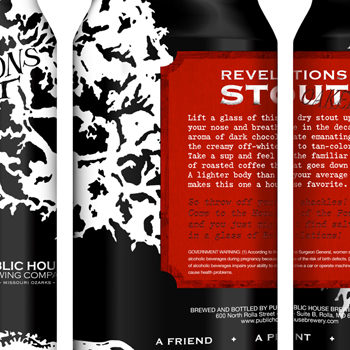