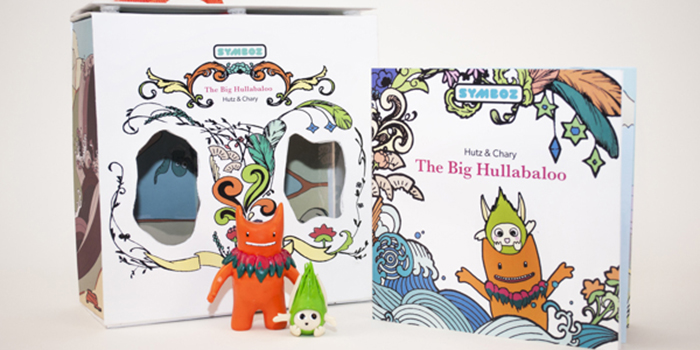 Hutz and Chary are one example from a series of fun creatures from the imaginative world of Symboz. Each box set comes with their own Hutz and Chary toys and an adventure story book. The free Symboz app can be downloaded to activate and use the unique augmented and virtual reality features. This was a collaborative project with designers Michelle Beaudin, Alicia Apesteguy and Yao Yu.
The adventure of Hutz and Chary begins during a community picnic when there is a large disruptive noise that can only be described as a Hullaballoo. Hutz, one of our curious and energetic protagonists, is instantly intrigued and volunteers herself and her best friend Chary, who at first is a bit hesitant of the unknown. But this will be an adventure of a lifetime: the quest to find the big Hullaballoo.
Our Symboz toys use Hybrid reality, which is a mix of augmented and virtual reality that allows the user to become completely immersed. The user can hold up a iPad or other device with the Symboz app downloaded and see the illustrations and the characters come to life three-dimensionally as they pop up from the page. When the physical toys of Hutz and Chary are placed on the pages while the story is being read, they will also be enhanced with augmented technology to have their faces move, to speak their lines and more. The landscape of the book itself will have moving clouds, swaying leaves and a musical theme to every scene. The AR will work by the app recognizing the Symboz app icon, which is printed on each page of the book, as well as being able to recognize the physical Hutz and Chary themselves.
Symboz come in a package that outlives the trip home. Once opened the package becomes a landscape: a map of Symboz land that is enhanced through augmented reality with which children can play with. The multi-purpose design also acts as a carrying case that can be continued to be used to store the toys and books after the initial opening. This design therefore showcases the Symboz brand goals by implementing play in something that would otherwise be used solely for display and packaging purposes. The package features an inside pocket to secure the book in place, and side flaps which transform the box into a play mat while covering the transparent display windows in the front.
Designed by: Janelle Lamothe, Michelle Beaudin,  Canada. 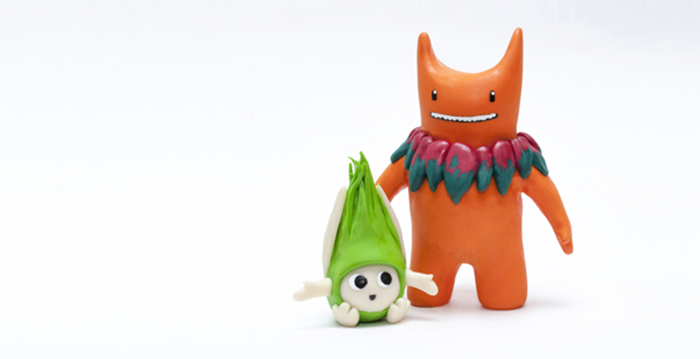 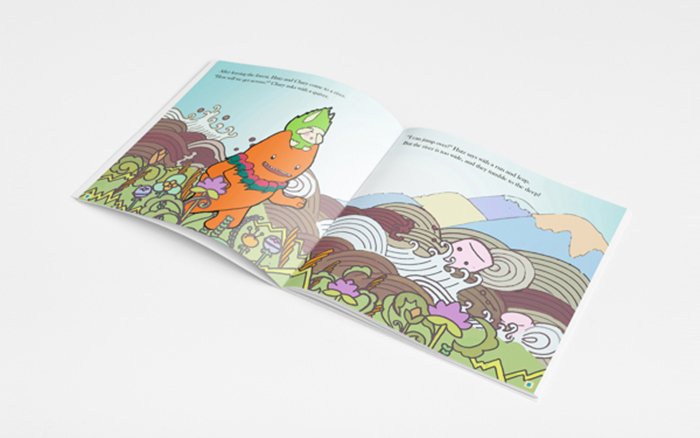 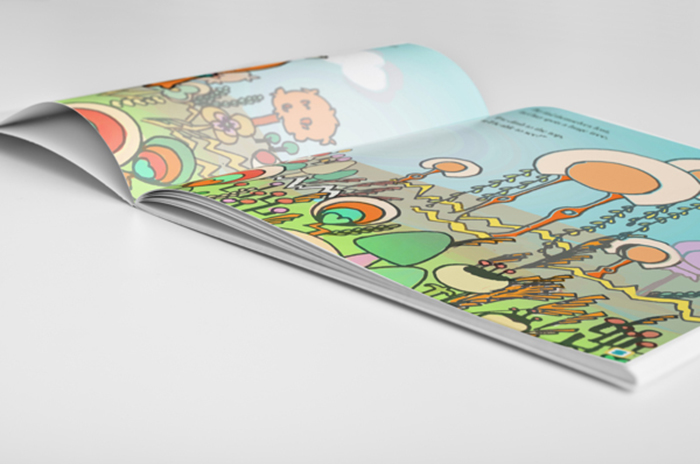 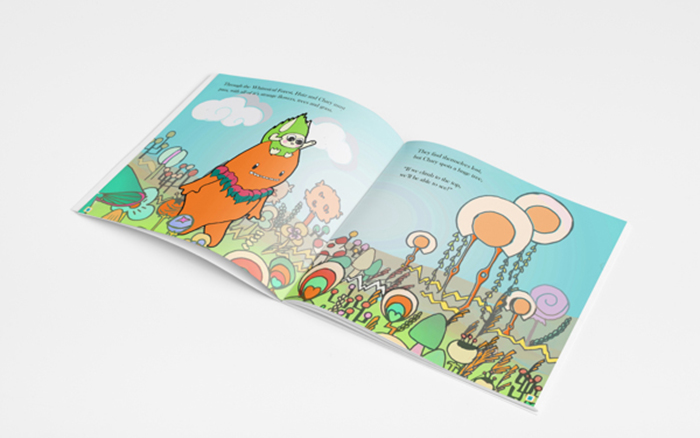 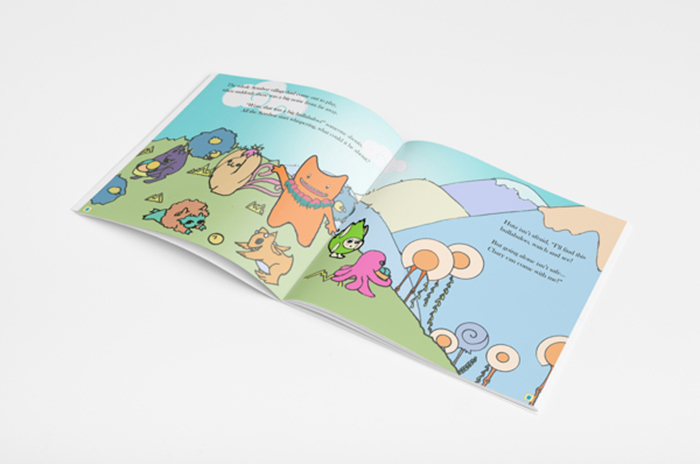 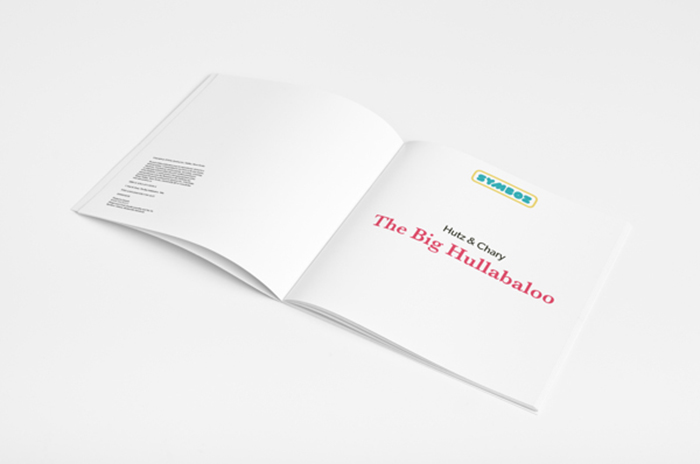 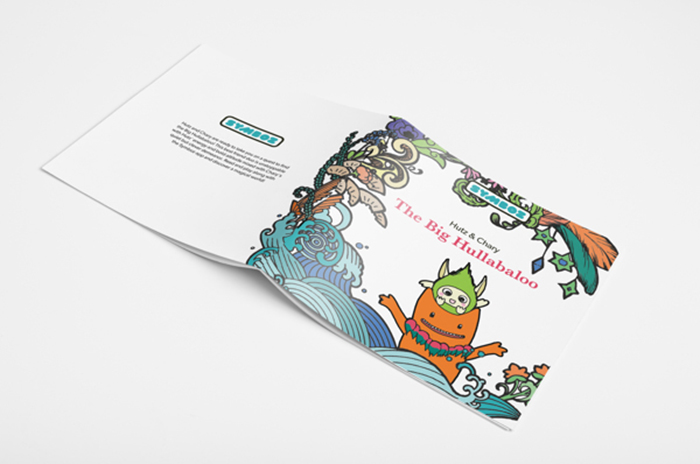 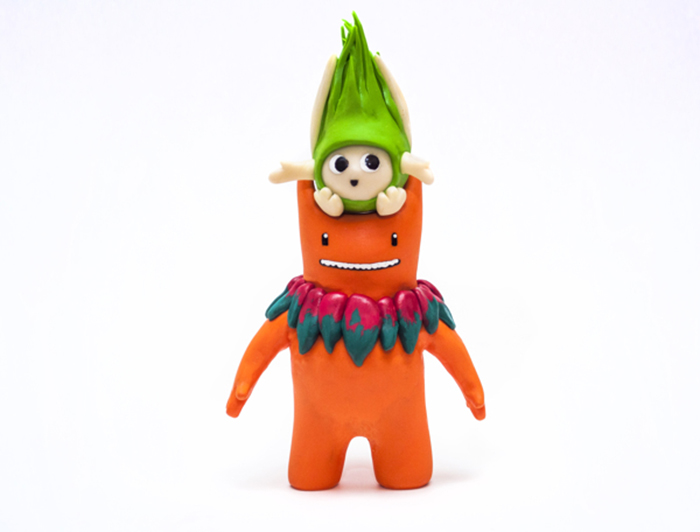 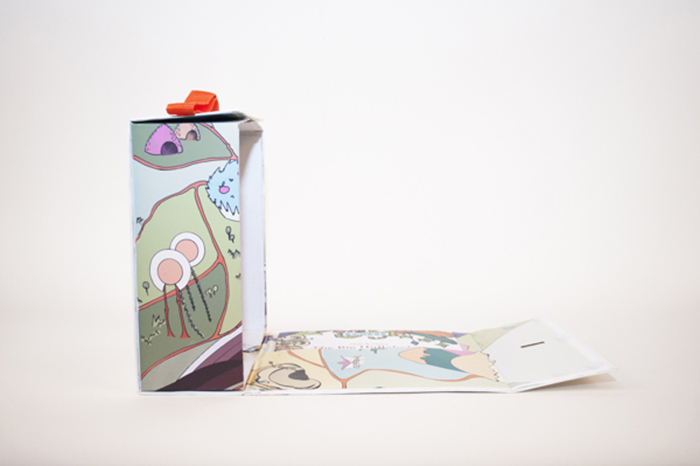 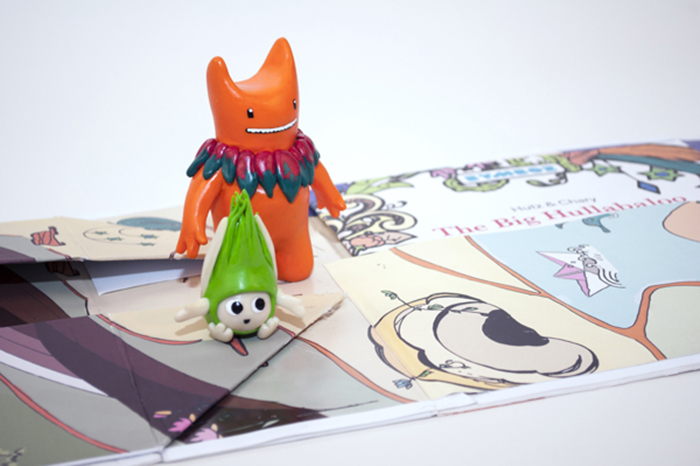 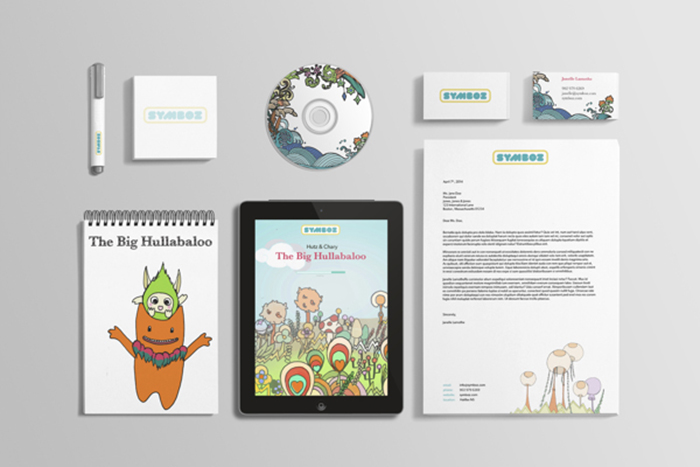 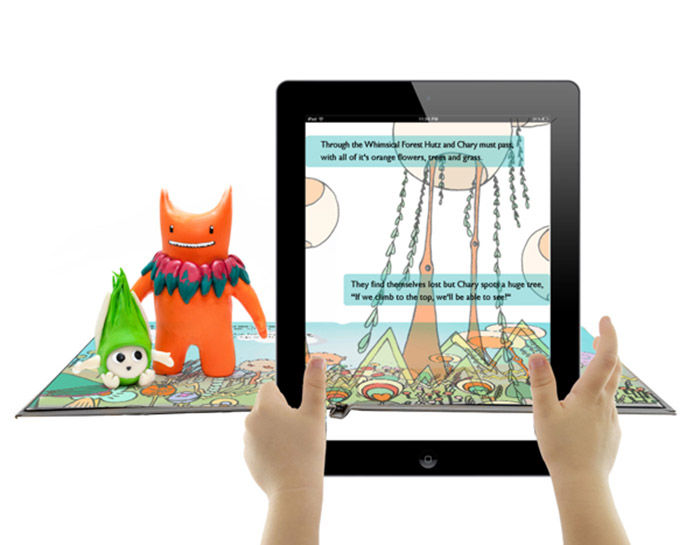 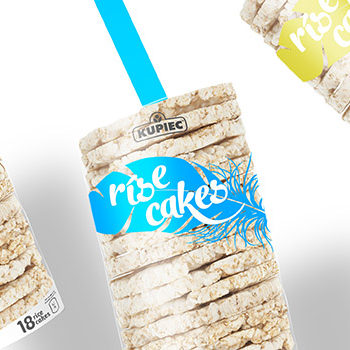 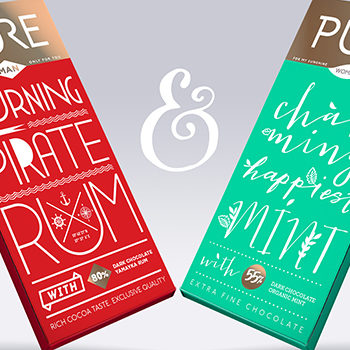 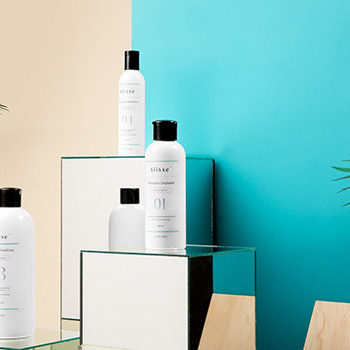