I AM NOT SNOB, I AM JUST BETTER THAN THE OTHERS.

The objective was to create a brand for the new rosé sparkling wine of WINERY MONSIEUR NICOLAS, produced in Thessaly, Greece. This new amazing, sparkling wine addresses to demanding wine lovers all over the world while its core target group is women, aged 25-64.

The subtle, sensitive characteristics of the Limnionas grape variety, the fine taste, the eclectic aromas, the vivid pink color and the bubble effect of the wine revealed its extremely aristocratic profile.

Snob. A rather controversial name designed in such a way that it stands out and is at the same time deconstructed, recognizing that the meaning of things lies in their disruption. The same applies for the several characters that illustrate the packaging: through a humorous, self-sarcastic, satirical approach, the interpretation of the word Snob defies its own meaning, revealing the heart of a premium wine that may joke and provoke but is quite perseverant as to how it is exposing its truth.

The subtleness and the pureness of this wine are expressed through the lettering and design of the logo and the packaging, bringing modernity and classicism together in harmony and making the fascinating pink color dominant while the artwork is the true protagonist.

The experience of this sparkling wine is expressed through a packaging that brings a smile to the face of the consumer at first sight, starting from the name and completed with the funny illustrations of the snobbish characters. 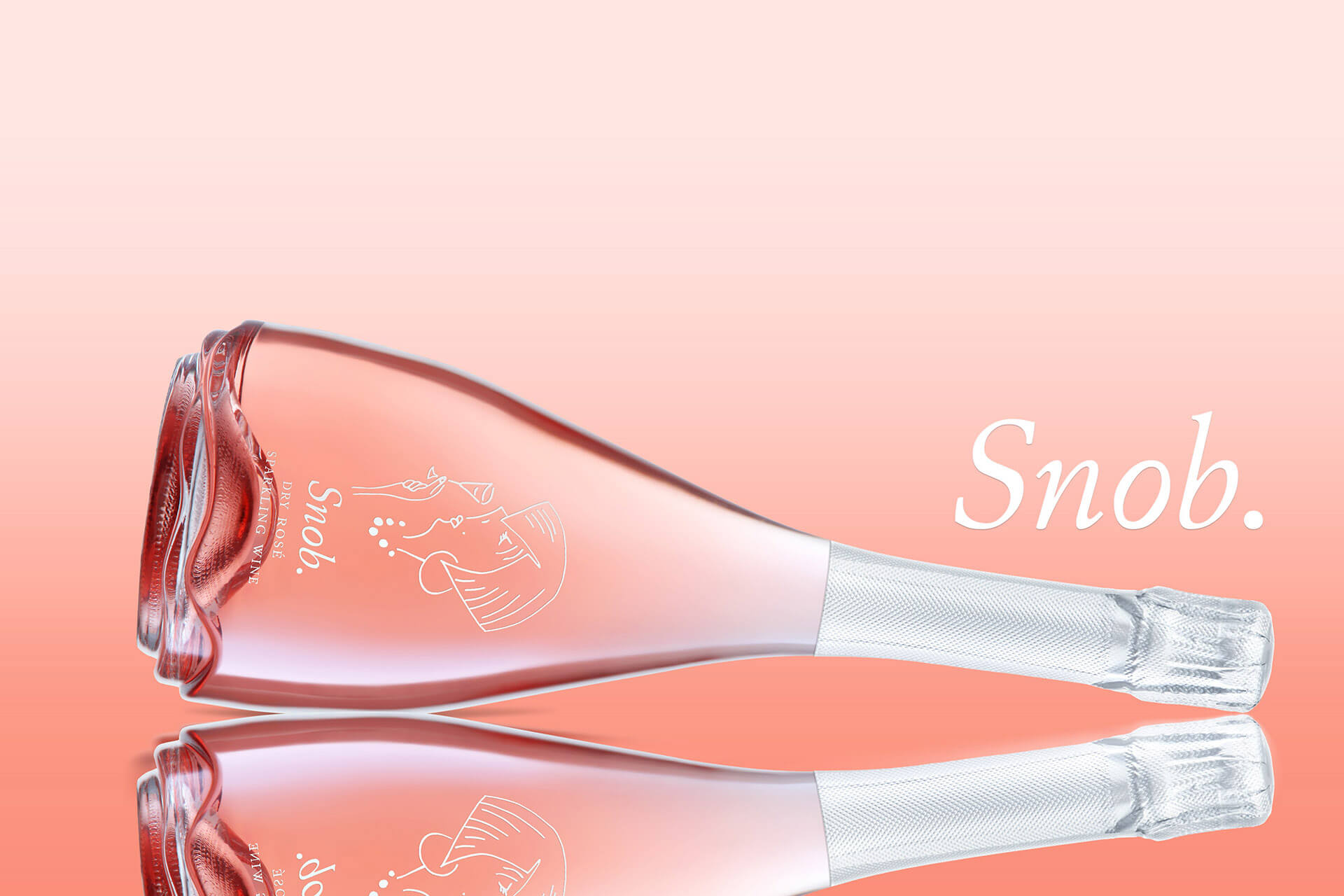 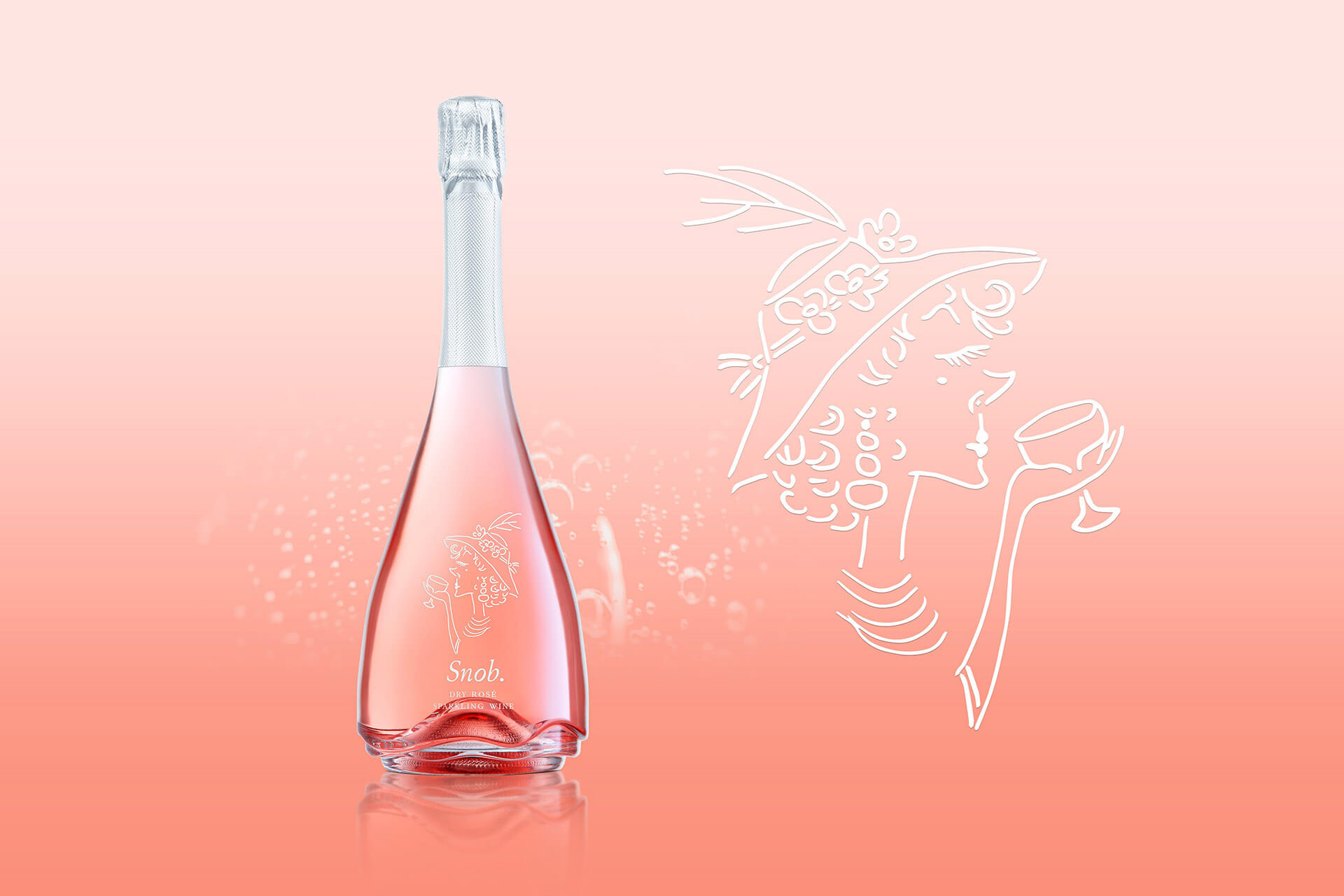 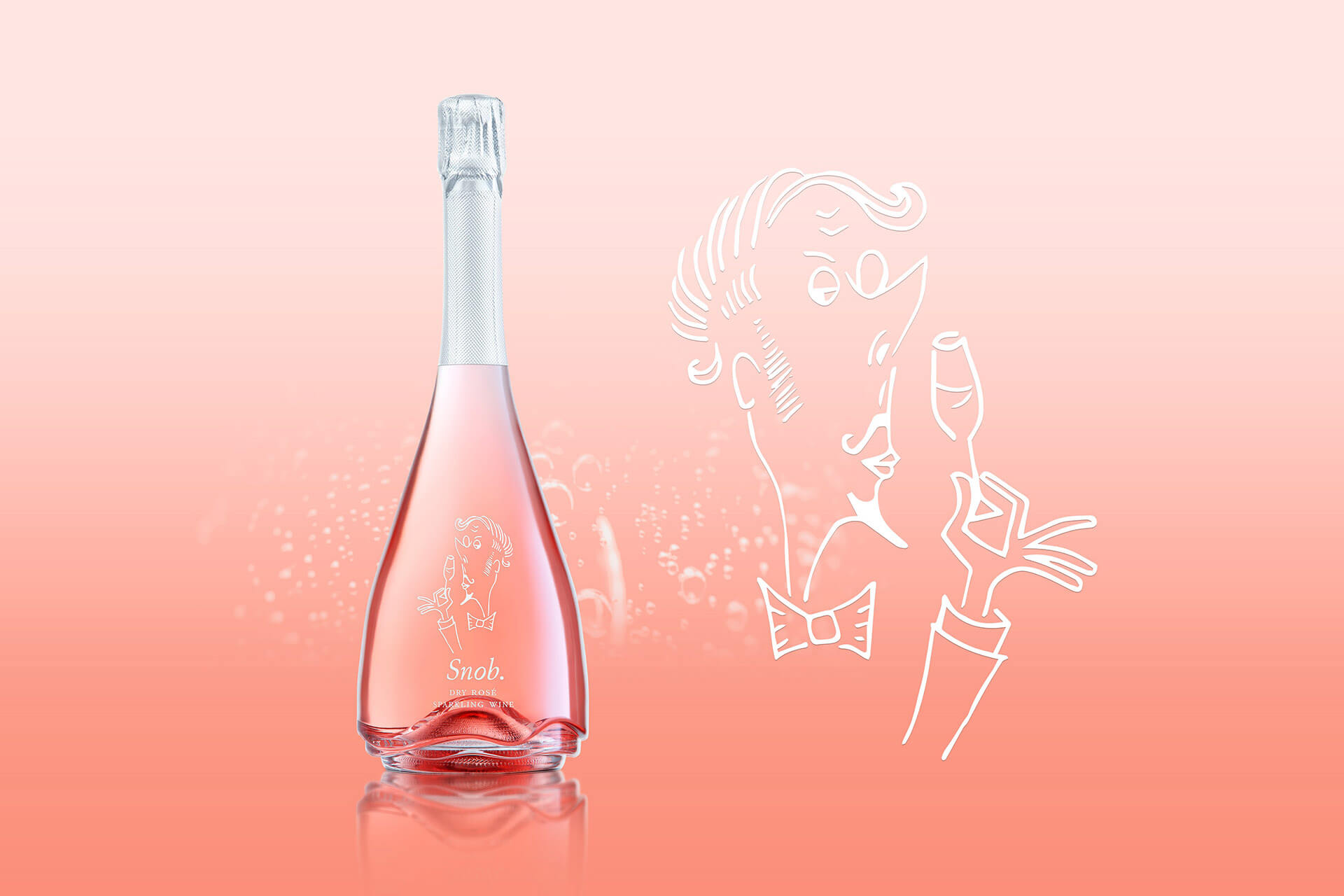 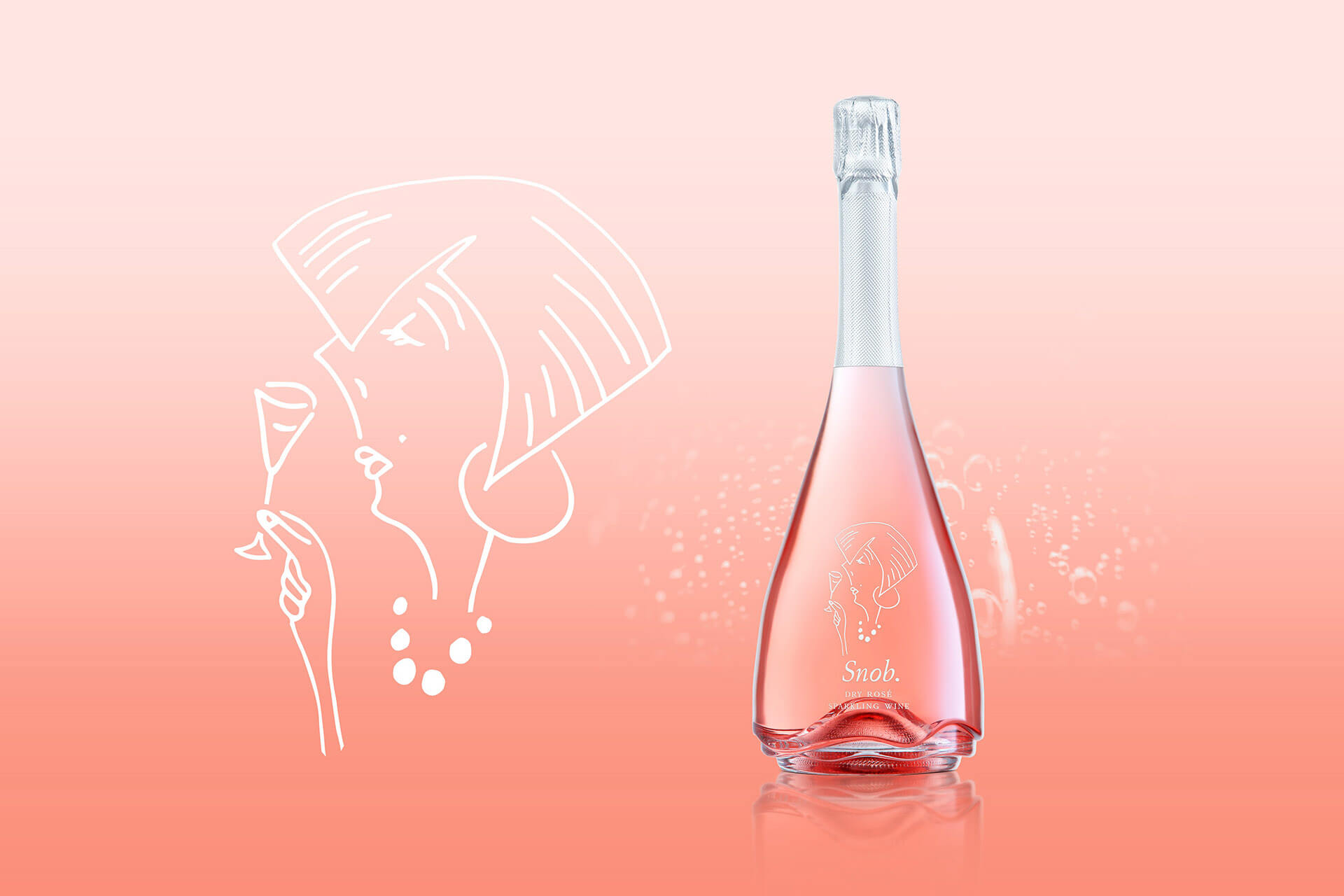 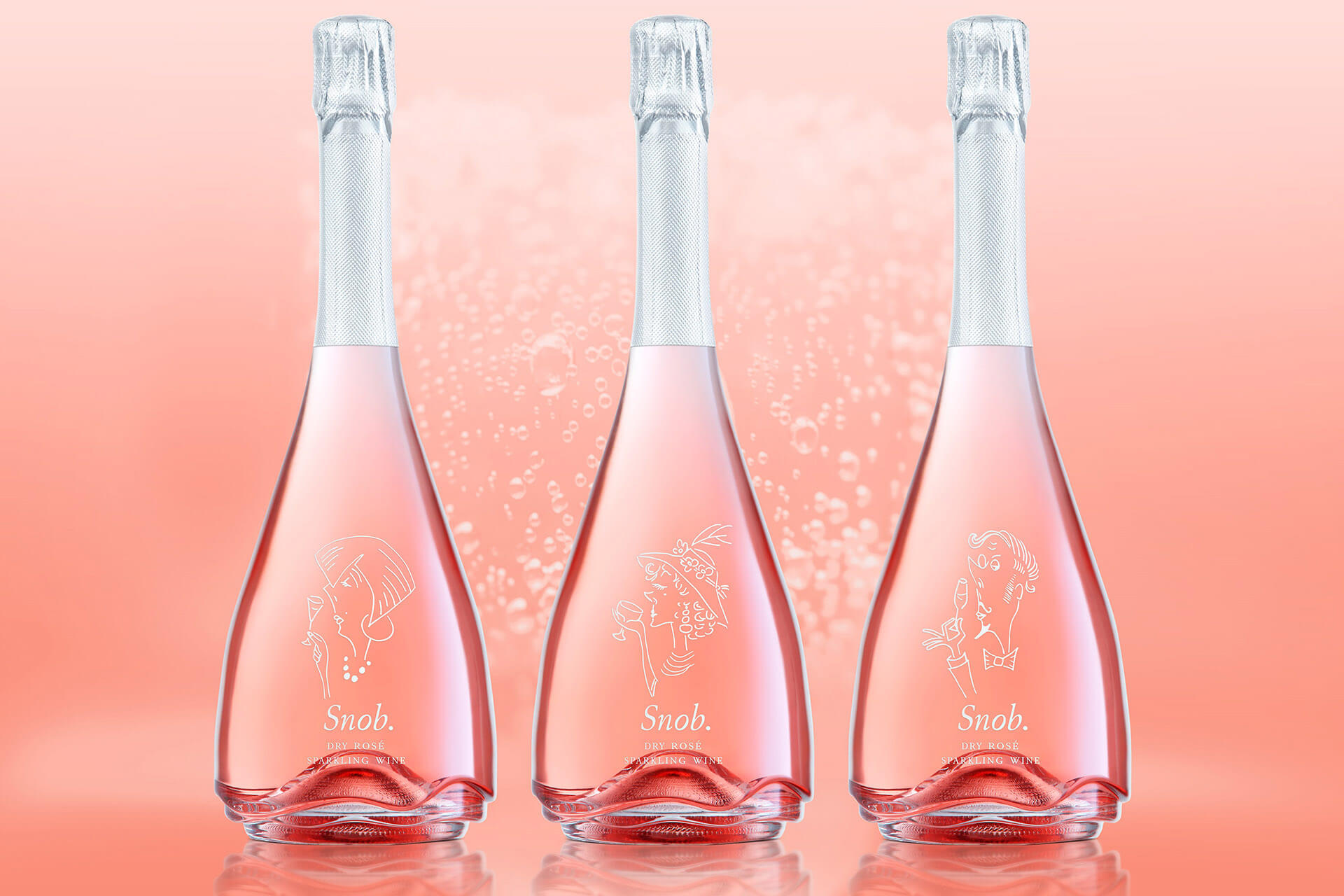 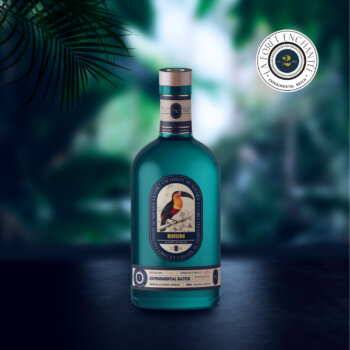 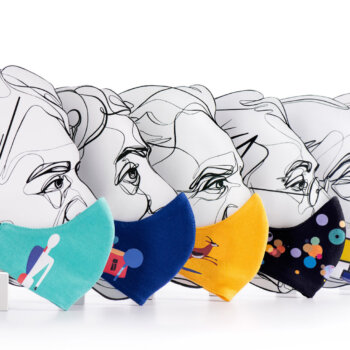