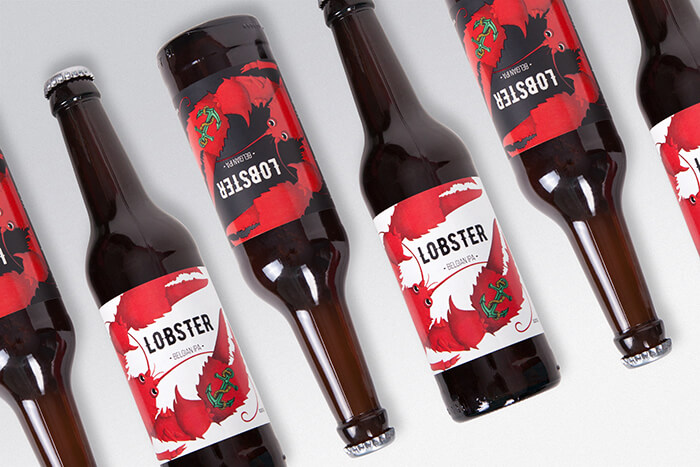 Lobster is limited edition craft beer for a summer season. First labels were created in summer 2017 and beer was realized in a small limited edition. The same year “Lobster” won a silver medal in worldwide competition “World Beer Idol 2017” in the Czech Republic. After successful realization, it was re-released in summer 2018.
The target market is young people, who like to try new things and experiment with different tastes. My challenge was to make this product fresh, eye-catching and not usual for the beer market. 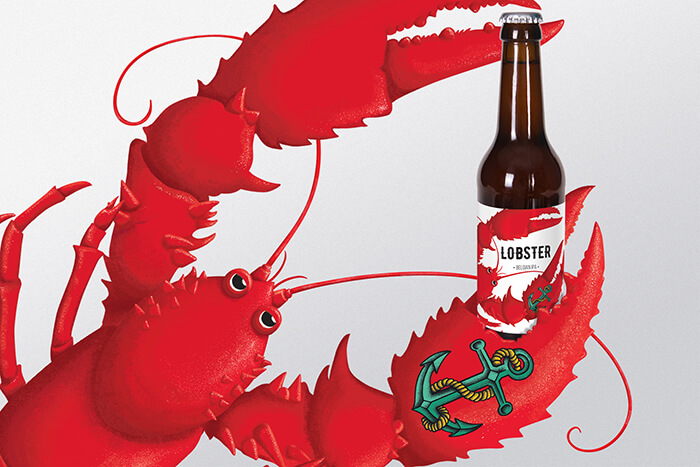 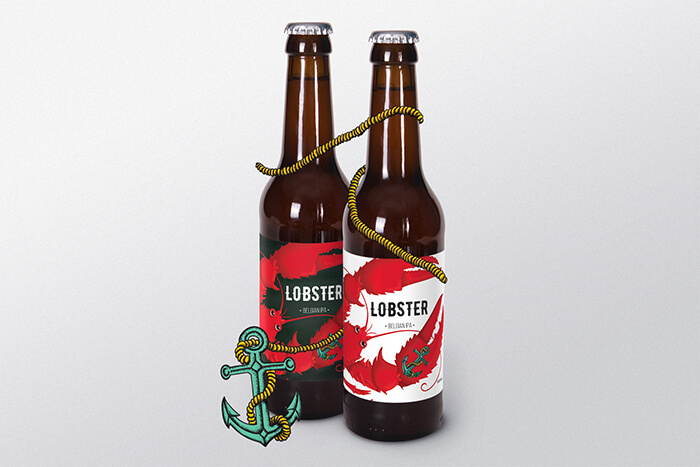 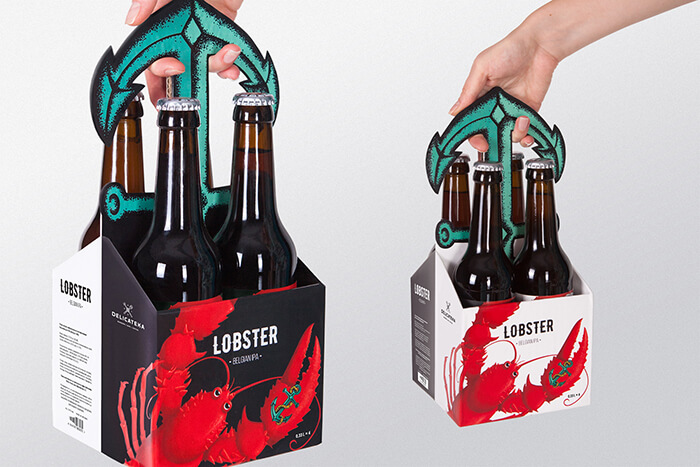 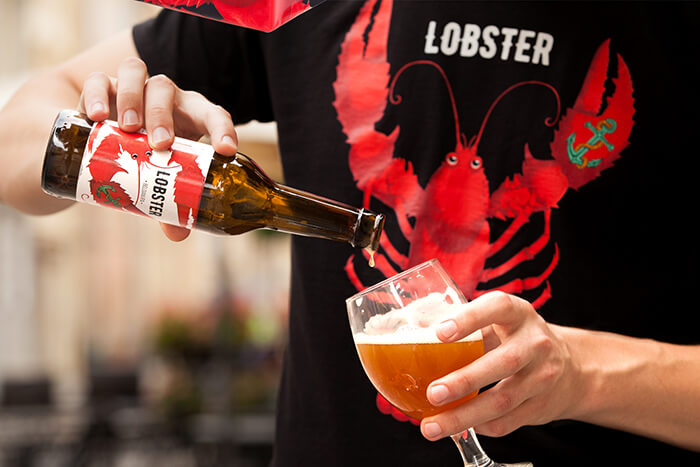 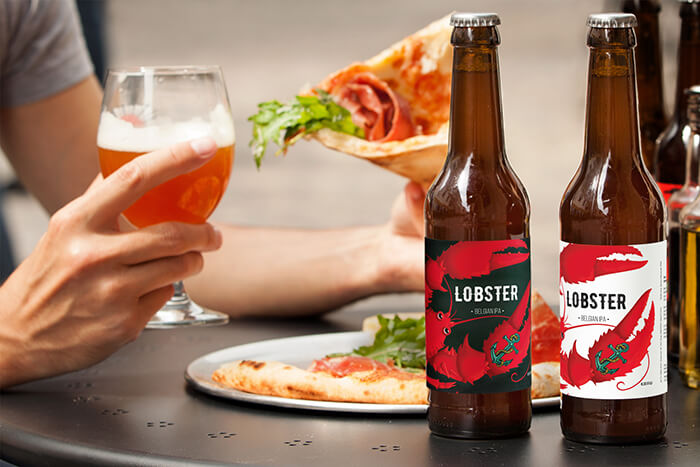 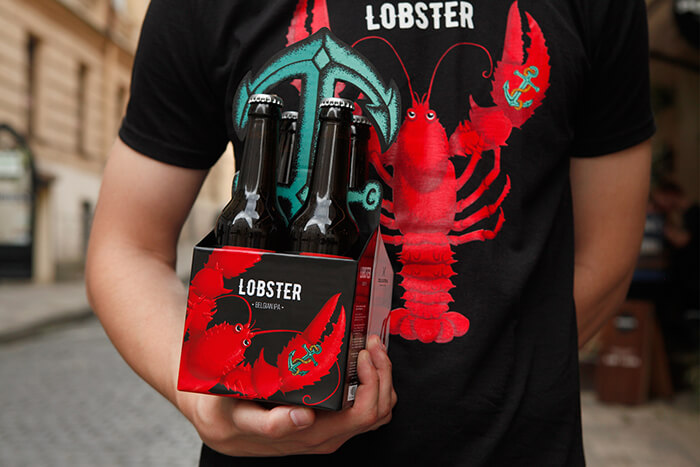 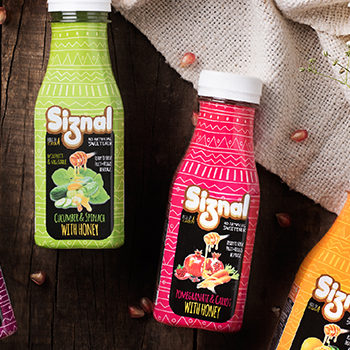 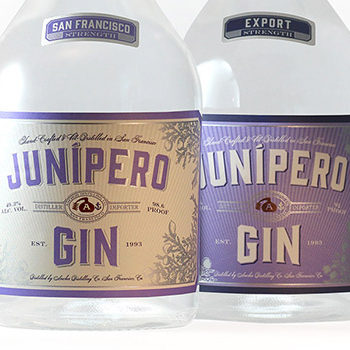 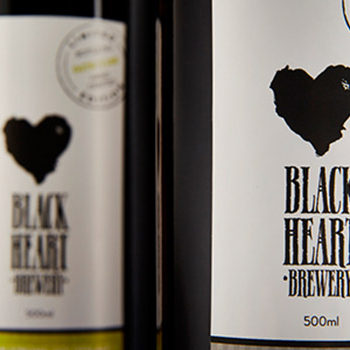