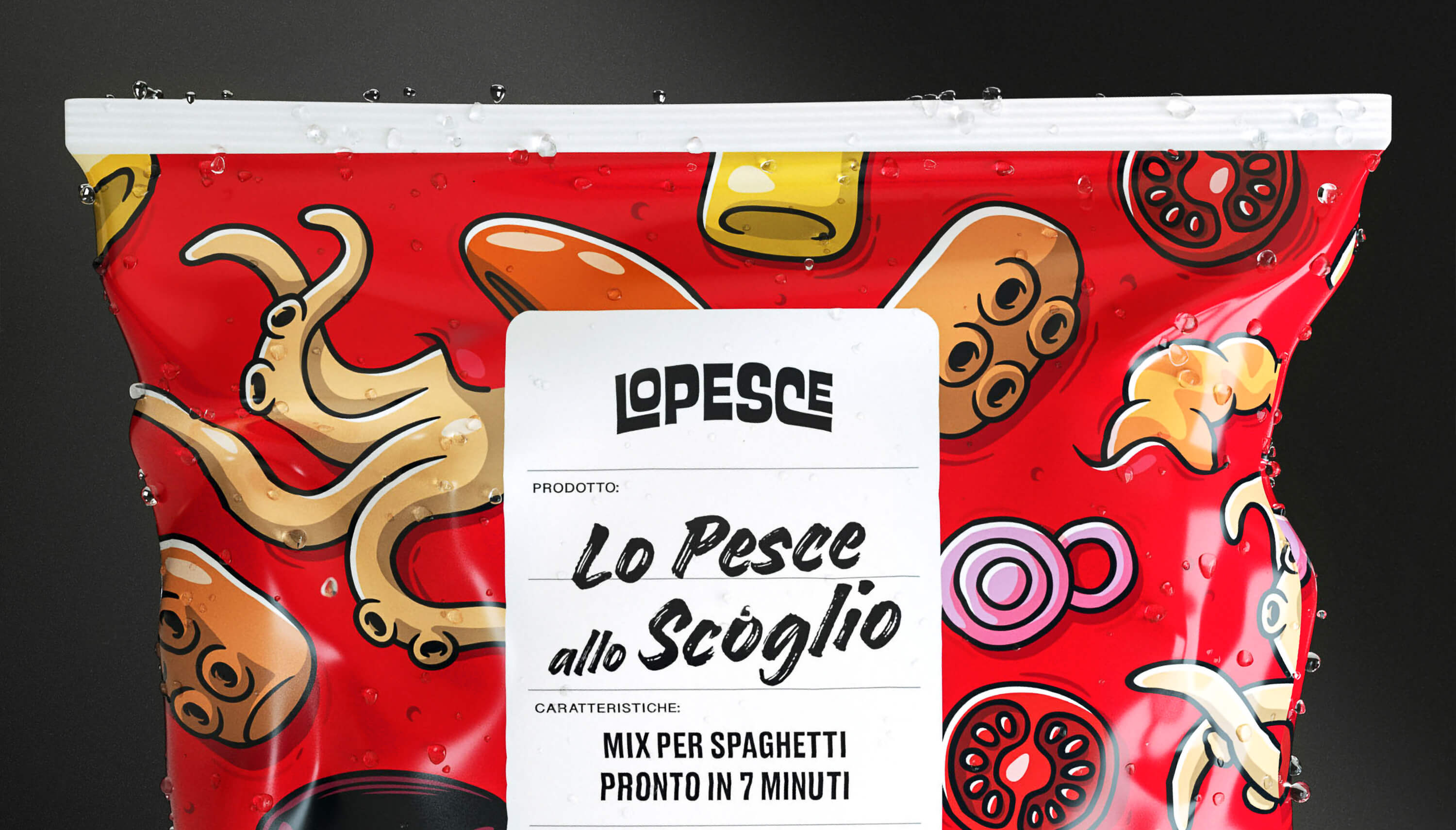 Lo Pesce is the main brand of Xilo Trade, one of the major Italian fishery products dealer.

In 2017, the company asked us to create a new brand for its line of frozen food able to reflect its character, funny and informal: from the name, to the visual identity, from the packaging, to the online positioning.

Through a market research, we realized that in Italy the communication of frozen fishery products, from a visual design point of view, is basically standardized: brands take themselves too seriously.
Therefore, we wanted to create something which would have filled this gap, breaking the mold and standing out in the refrigerator aisle of the grocery store.

We developed a new brand from scratch, Lo Pesce, with a specific idea in mind: we wanted a logo and a set of packages that would have measured up to the nonsense essence of the name and that would be able to strongly stand out on the competitors of the market.

Thus, as its logo, its name and its design show, we developed an identity and a tone of voice which are informal and funny. Lo Pesce doesn’t take itself seriously, but it is surely focused on a mission: to give everyone the opportunity to eat fish, enjoying their meals. Even to those people who usually have few time for cooking or who have not the possibility to eat fish every day.

Thanks to the bright palette and the visual identity given to the packaging and to the brand itself, Lo Pesce is totally different from the classic Italian idea of frozen fishery food in Italy, usually only characterized by white, blue and golden patterns.

The brand logo is none other than the mascot of the brand itself: a little man dressed as a fish, with an ironic and joking expression.
The illustrations on the pack, realized by Gummy Industries together with Elia Colombo, tell about the products with a design completely digital and suitable for social media. We chose a style inspired by the typography and the classic drawings of the 70s Italian cartoon bubbles. 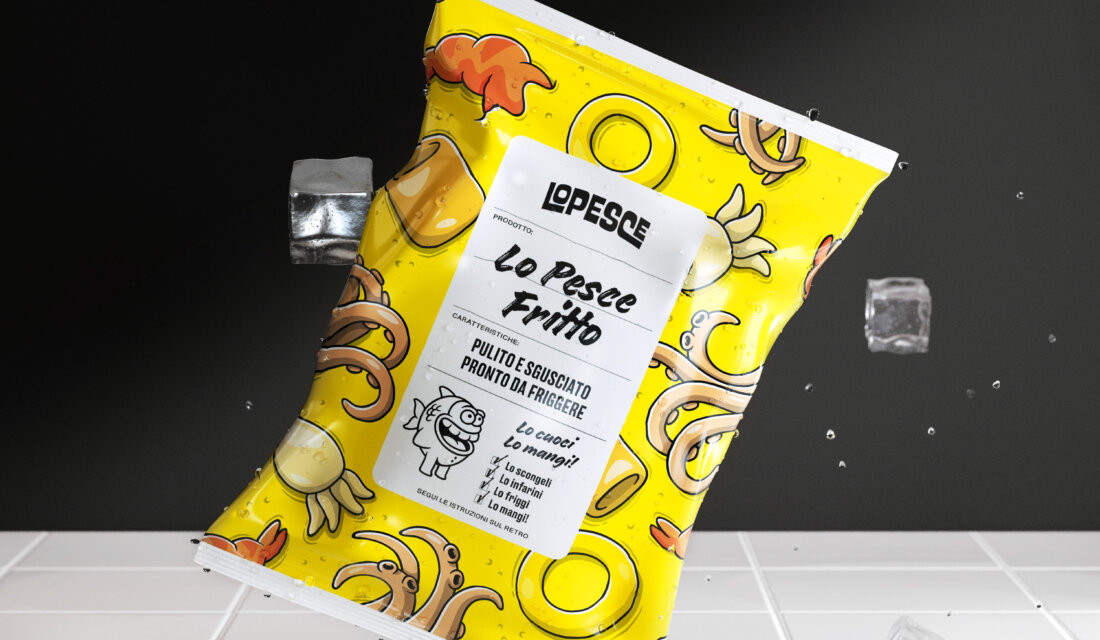 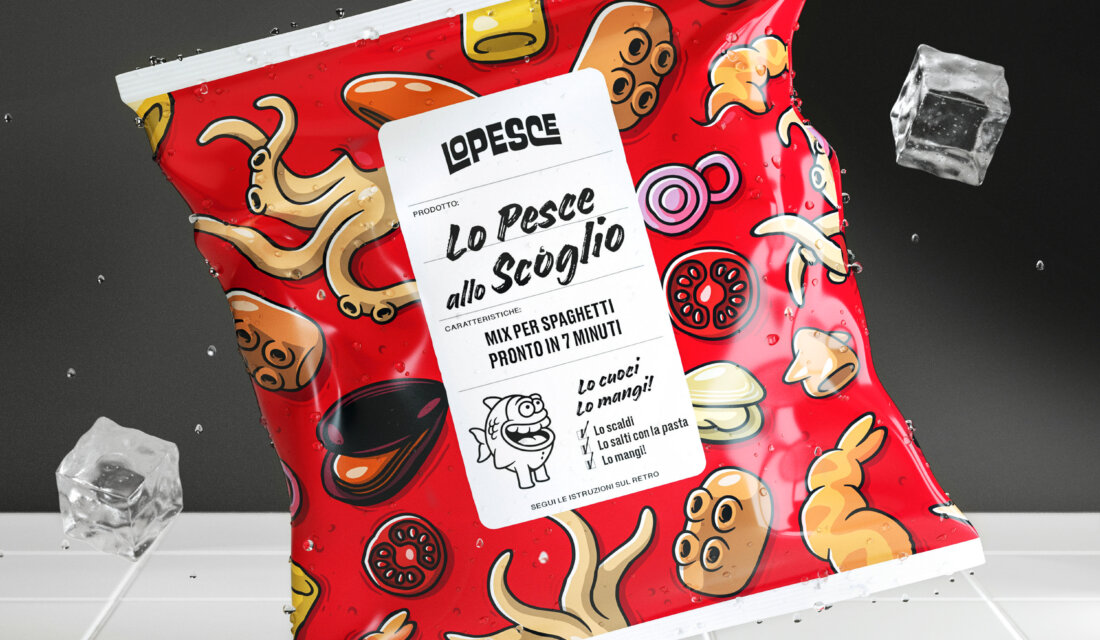 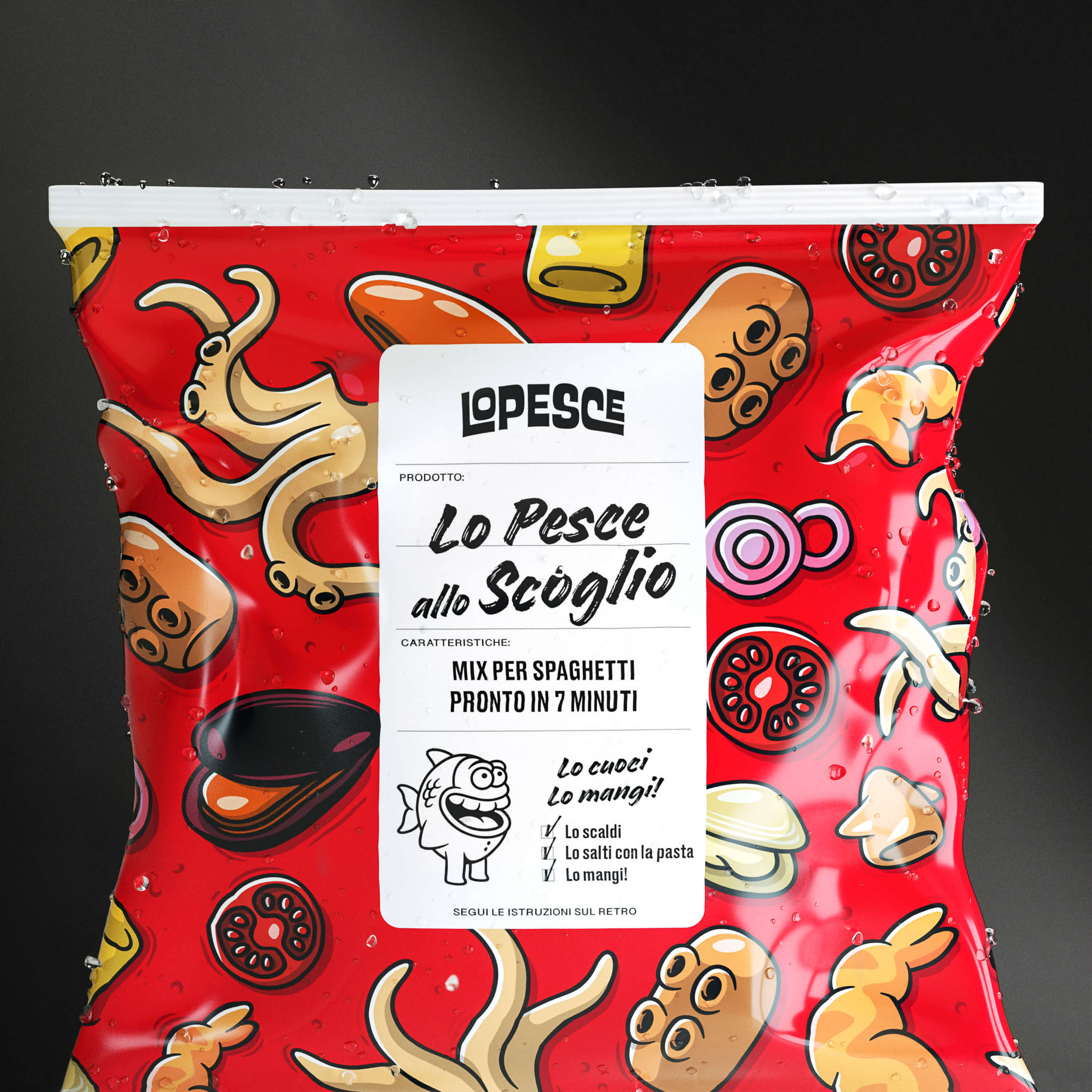 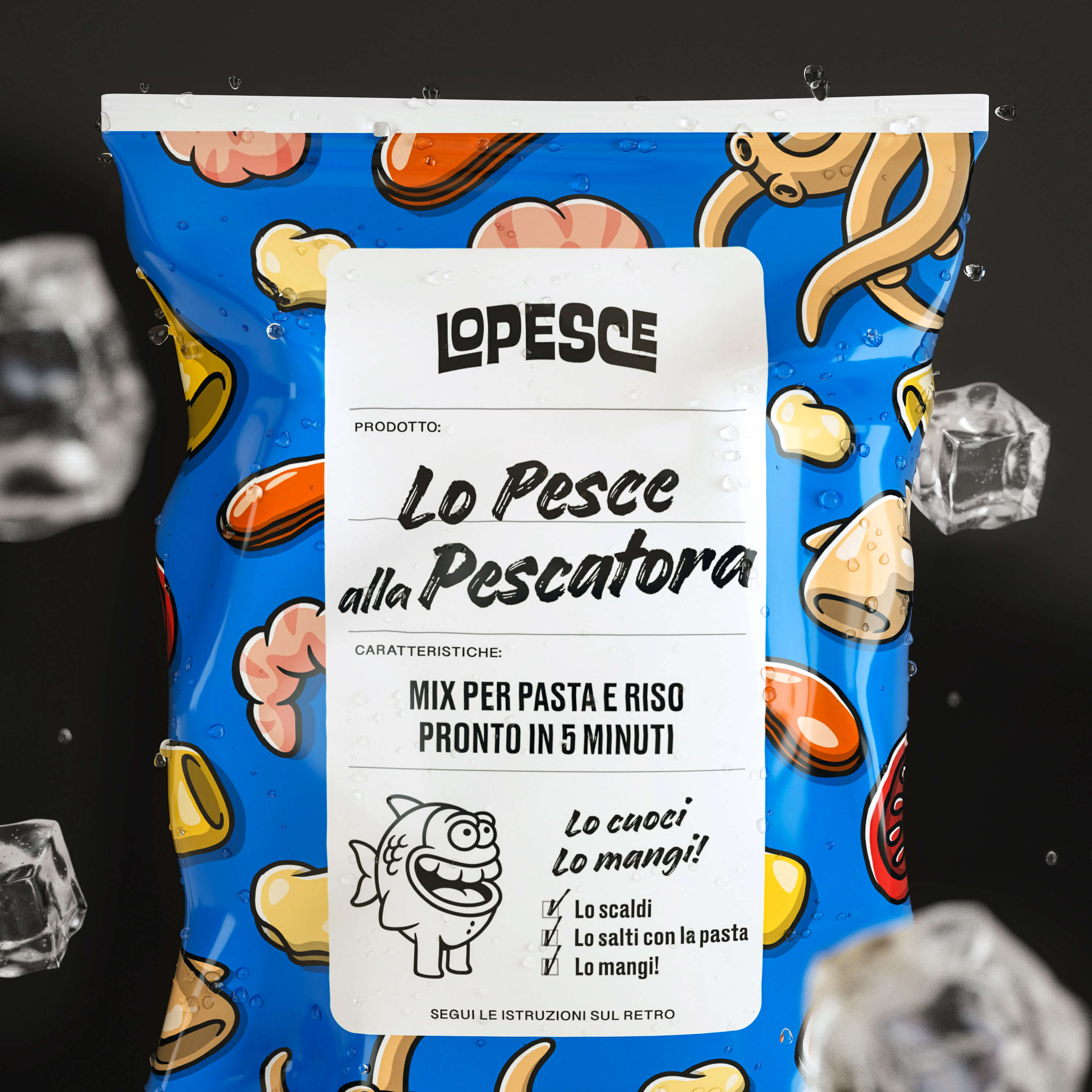 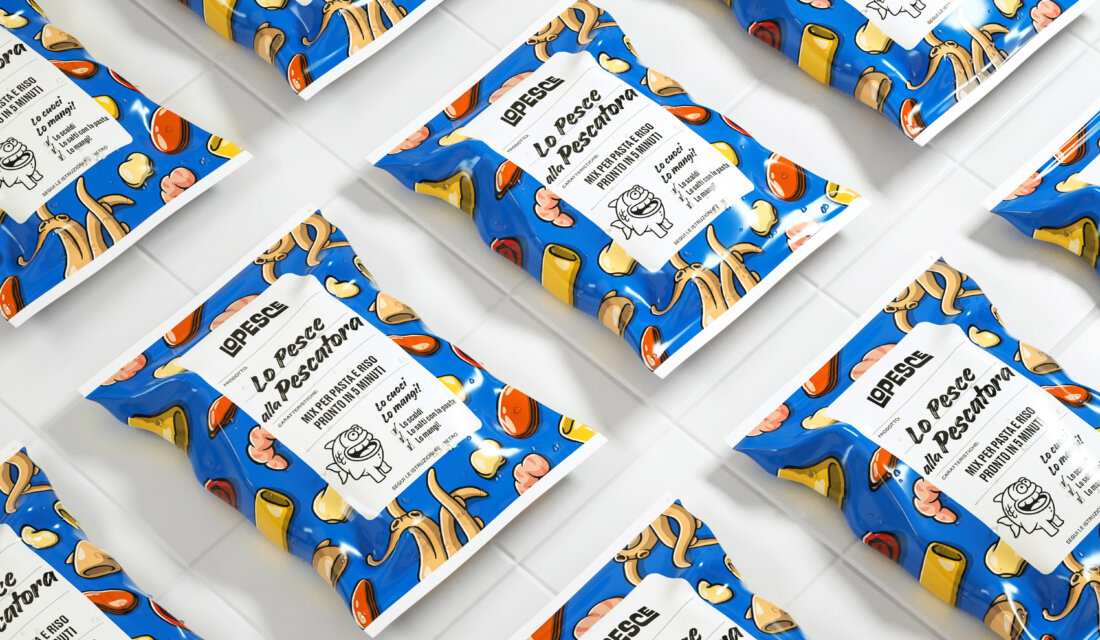 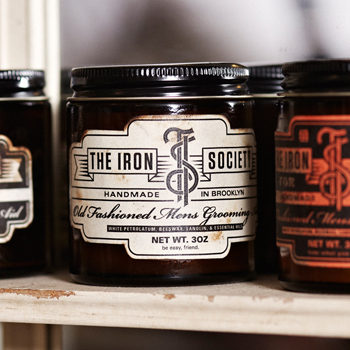 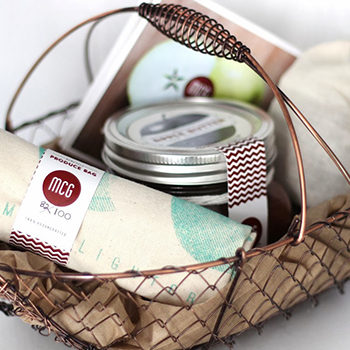 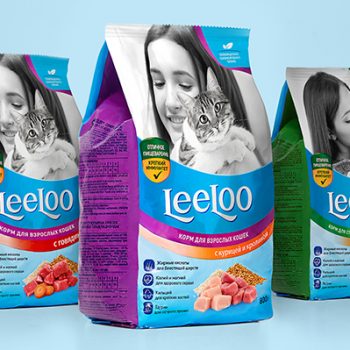 Pets LeeLoo
Want to inspire? Submit work
Submit your work!
Featured on Package Inspiration
Download
Sign up with your email address to receive news and updates