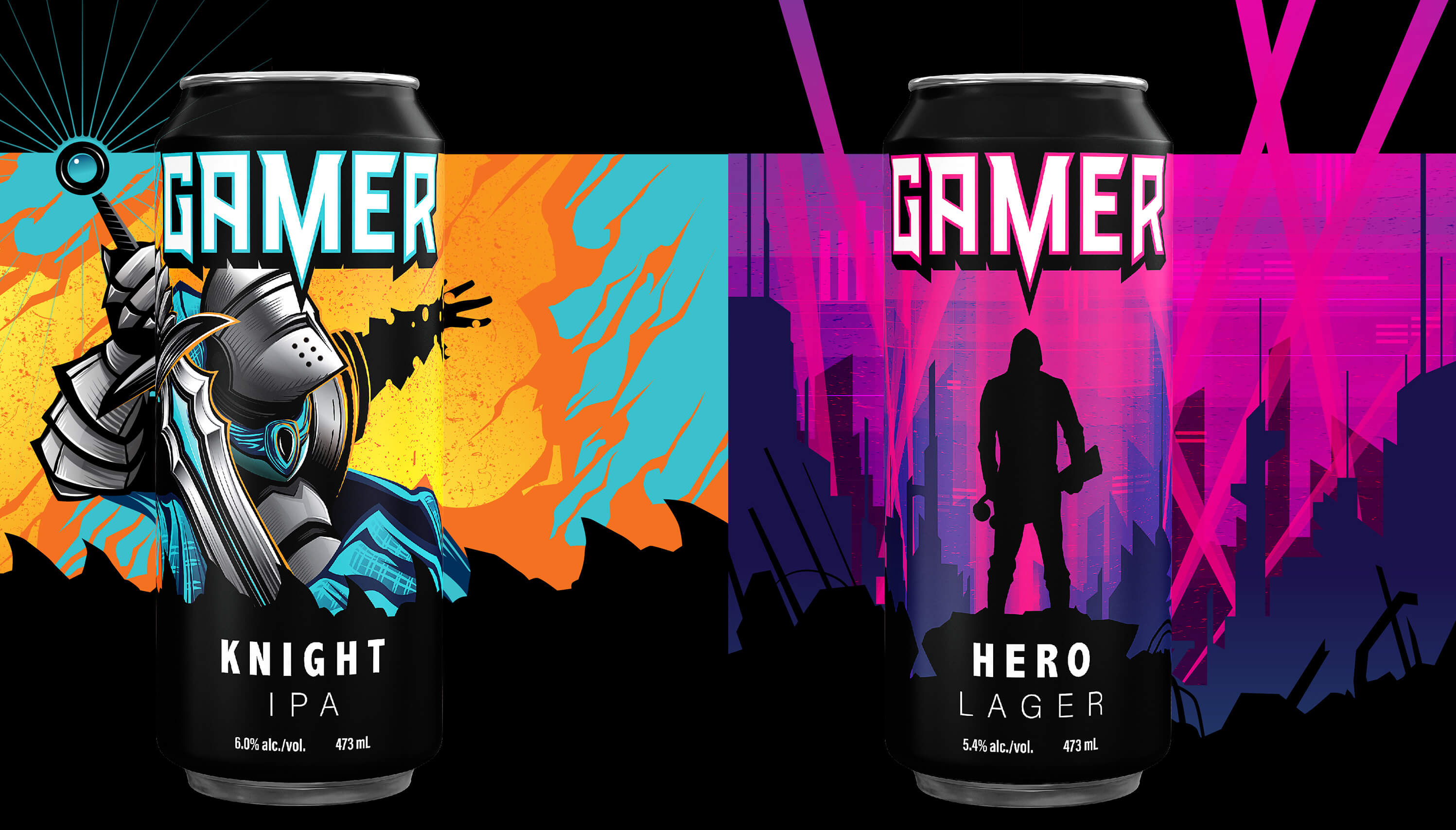 For New Era Brewing, a Calgary-based brewery, we needed an identity that would appeal to gamer culture, the core of their GAMER brand.

The inaugural brews, “Hero Lager“ and “Knight IPA,” score critical hits on a number of levels. The Gamer wordmark features drop points on the G and R, common in 80’s metal and indie culture.

The purple/magenta colour scheme of Hero is heavily inspired by the modern synthwave scene alongside ’80s culture. The Hero is silhouetted against purple spotlights, he’s a hero in the modern sense of gamer rockstars. The point of the M draws the eye down through the design into the minimalist lettering at the base of the can.

In contrast, the Knight is a classic armoured battle brand, charging through the dragonfire on his way to glory. Hues of orange cut through grey-blue against a dragon hidden in the black space for big, bold contrast in this design. Where the Hero is standing still, the Knight is in motion, in the midst of a fiery explosion of flavour common to the Western-Canadian IPA.

Overall, our designs draw on nostalgic gamer culture to bring buyers in, and finish with a depth of detail alongside dynamic illustrative elements and a bold colour palette. 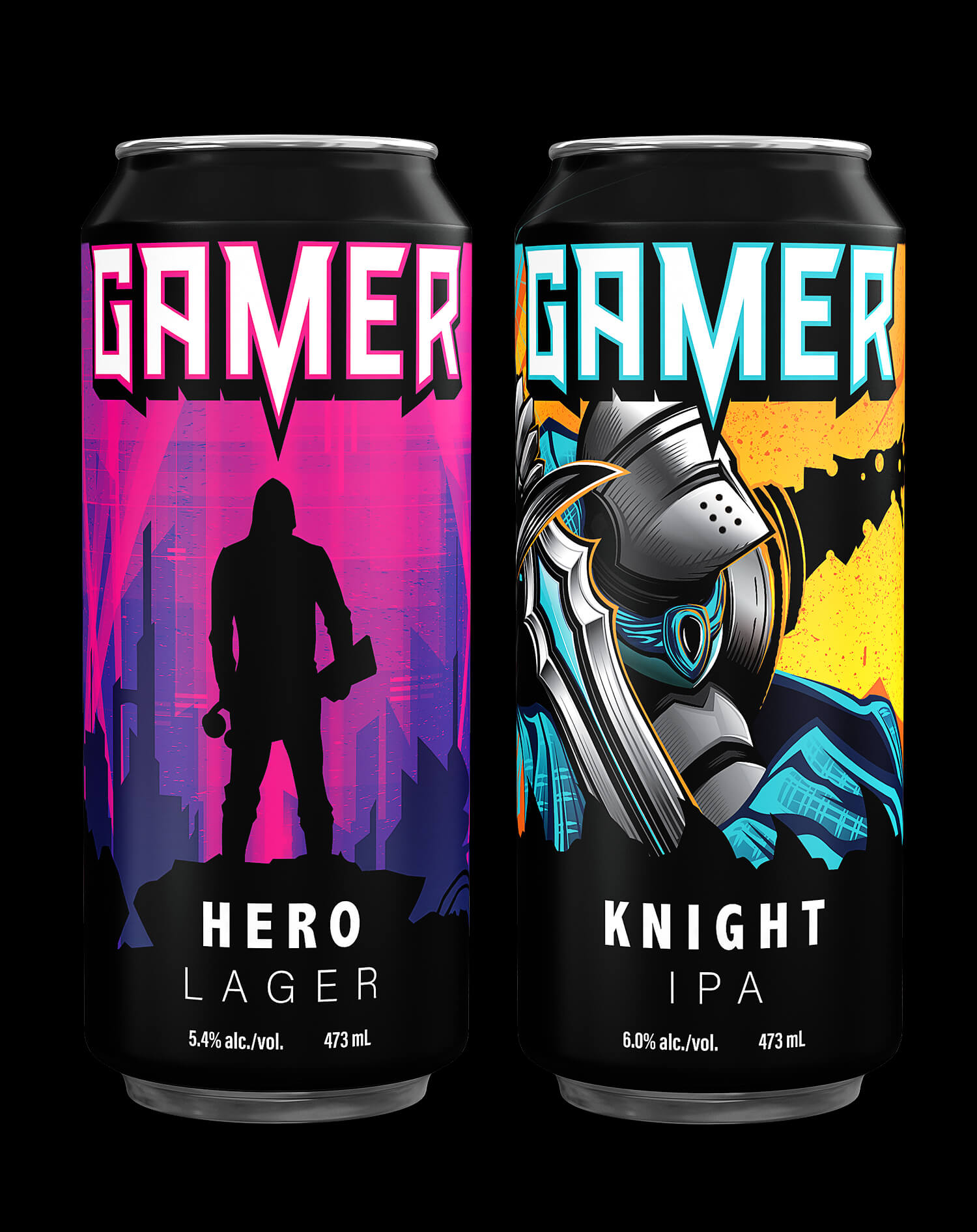 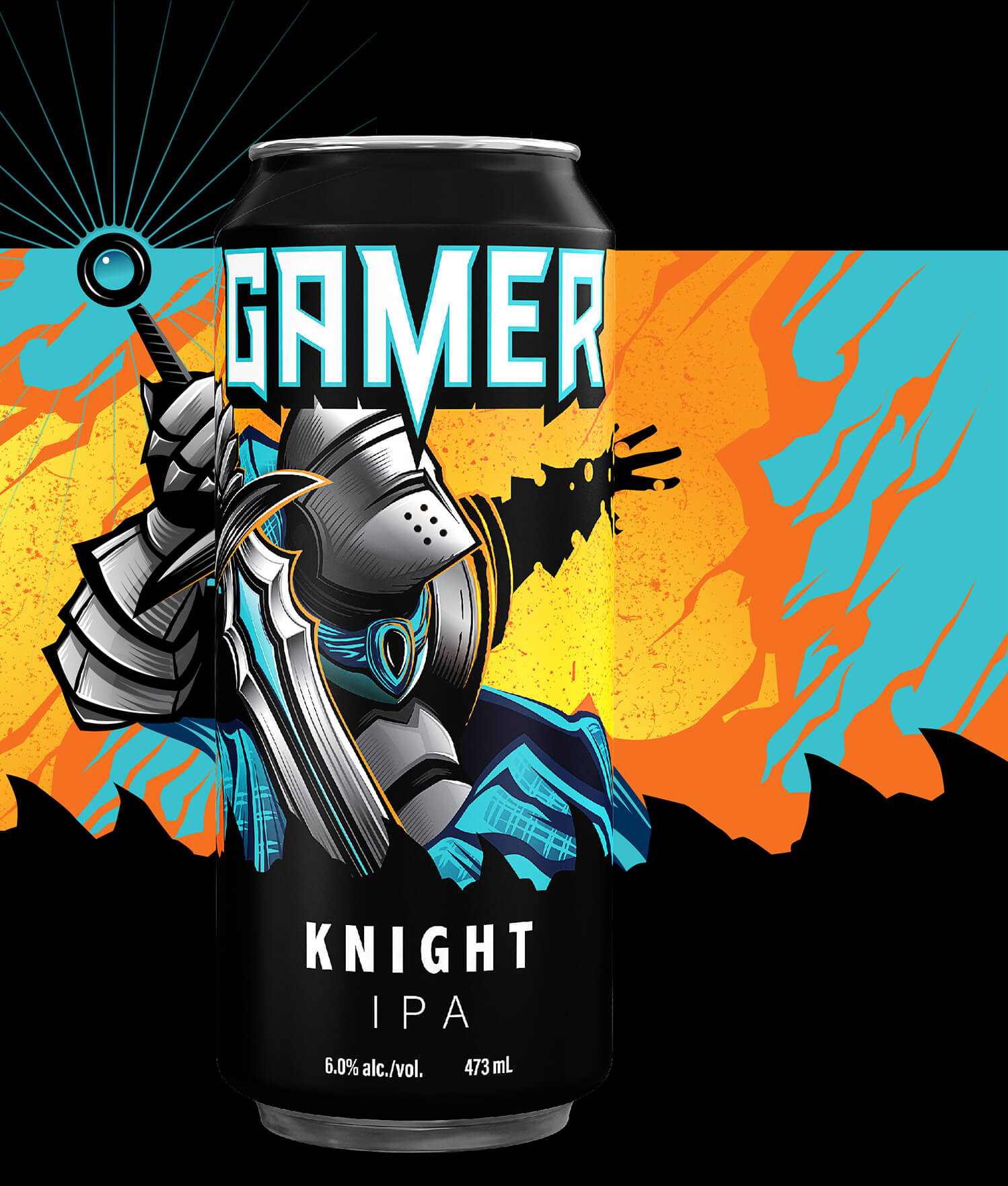 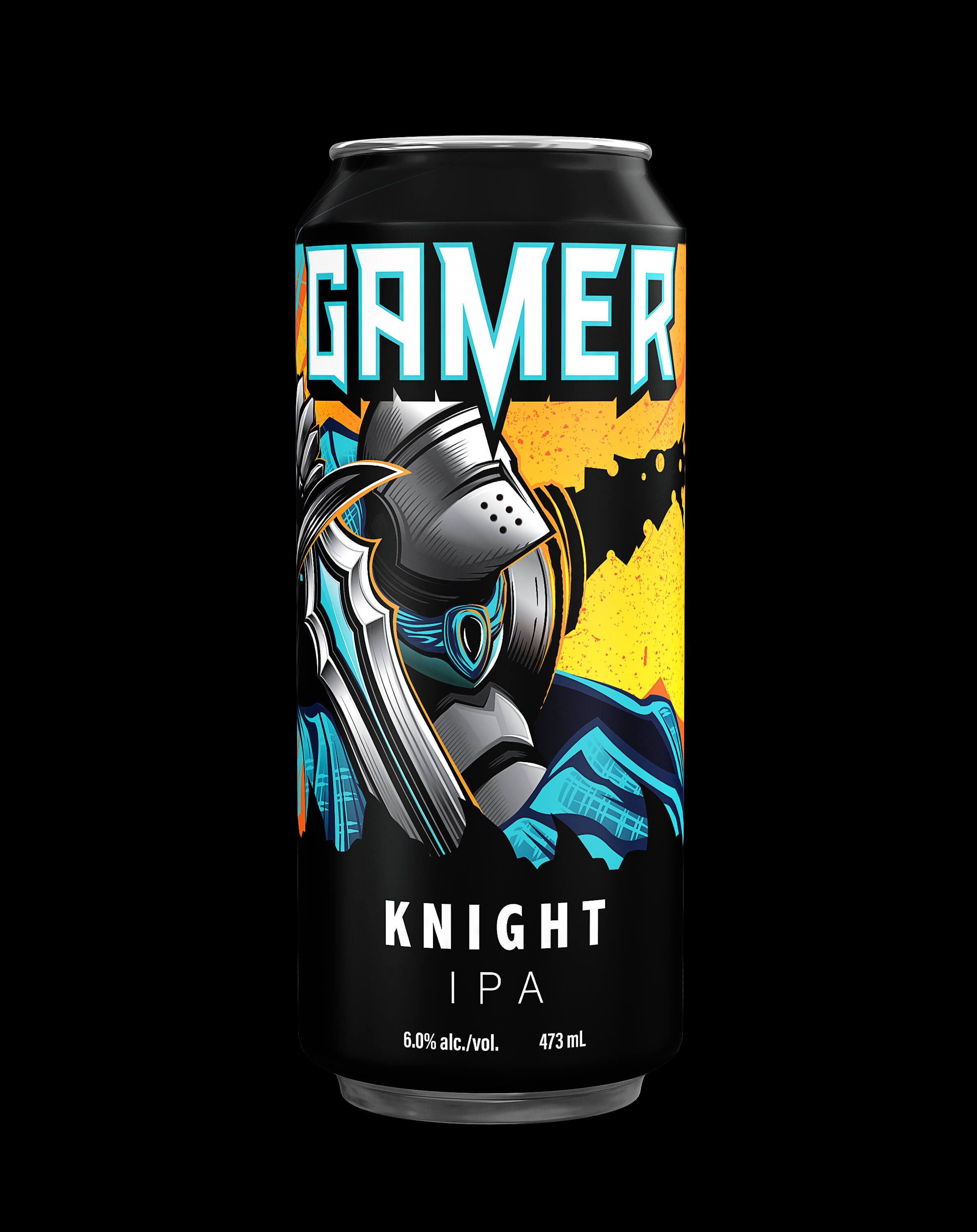 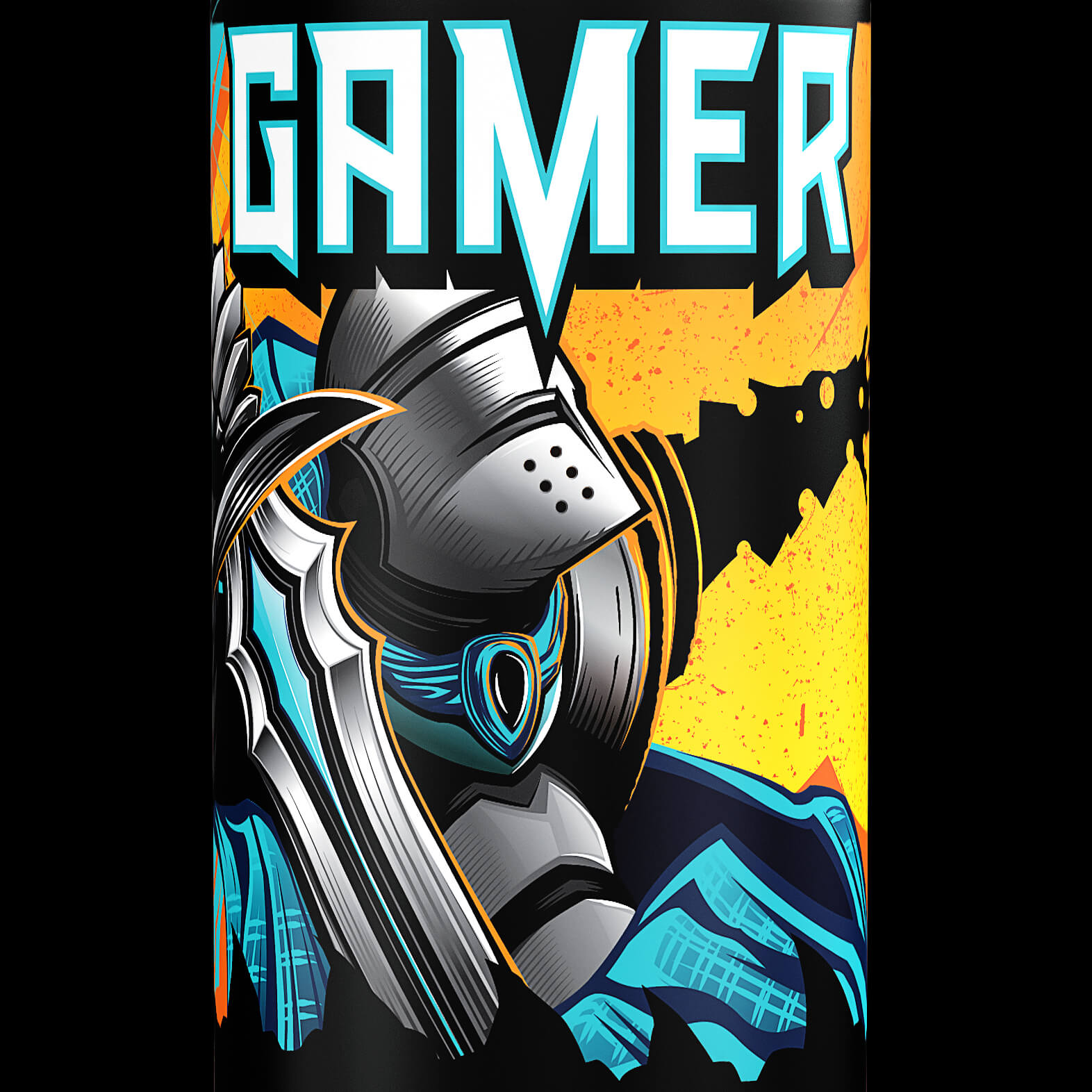 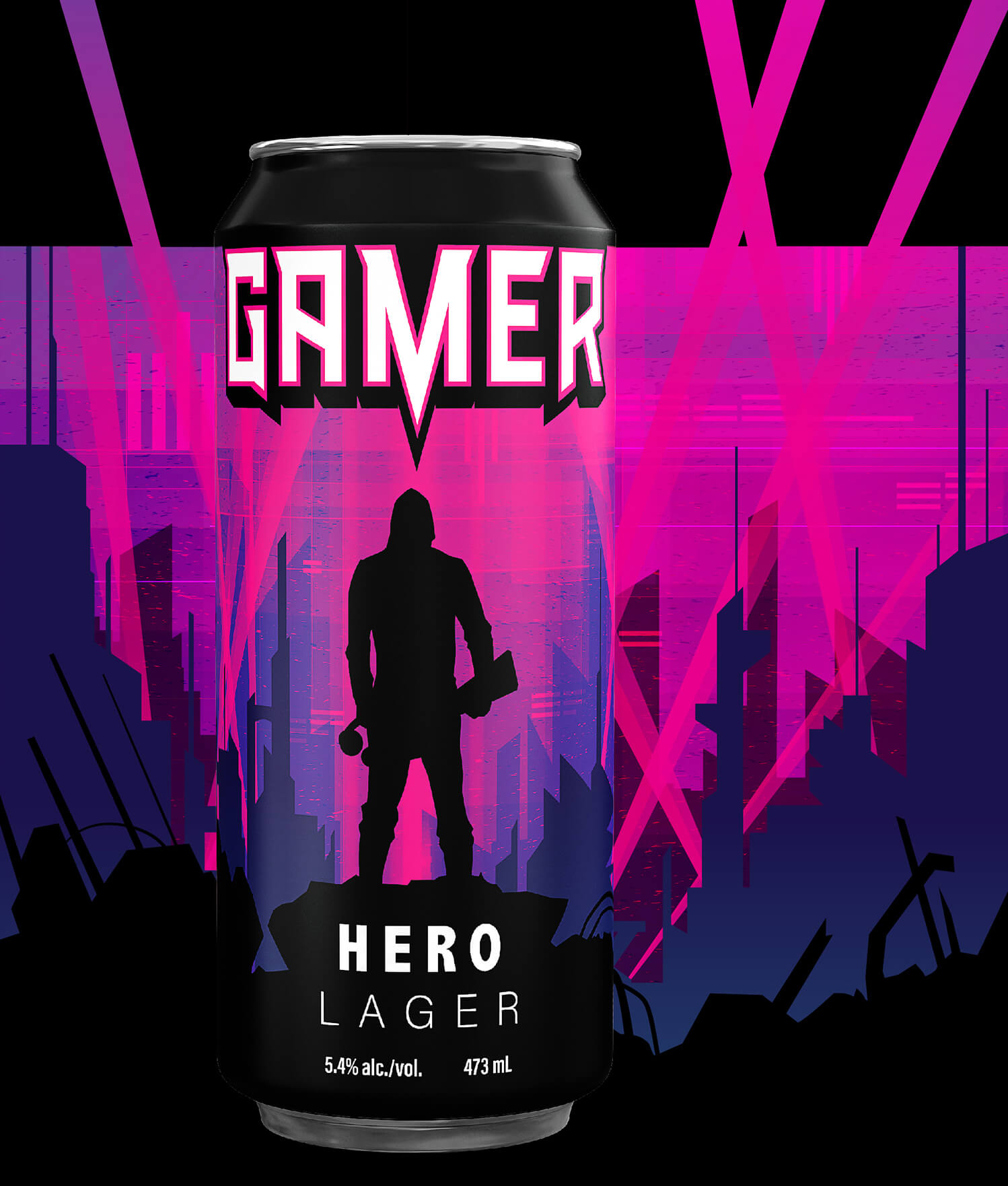 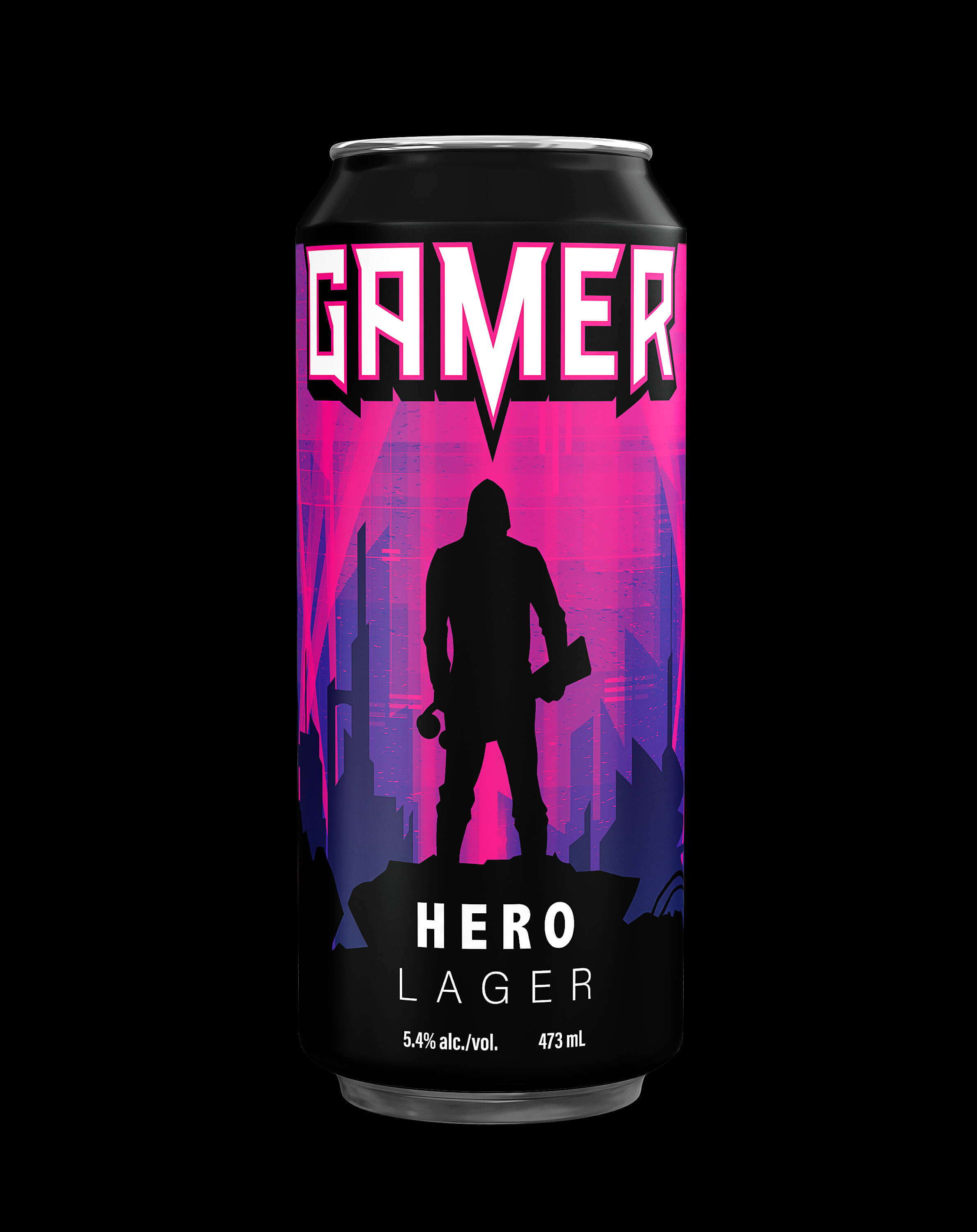 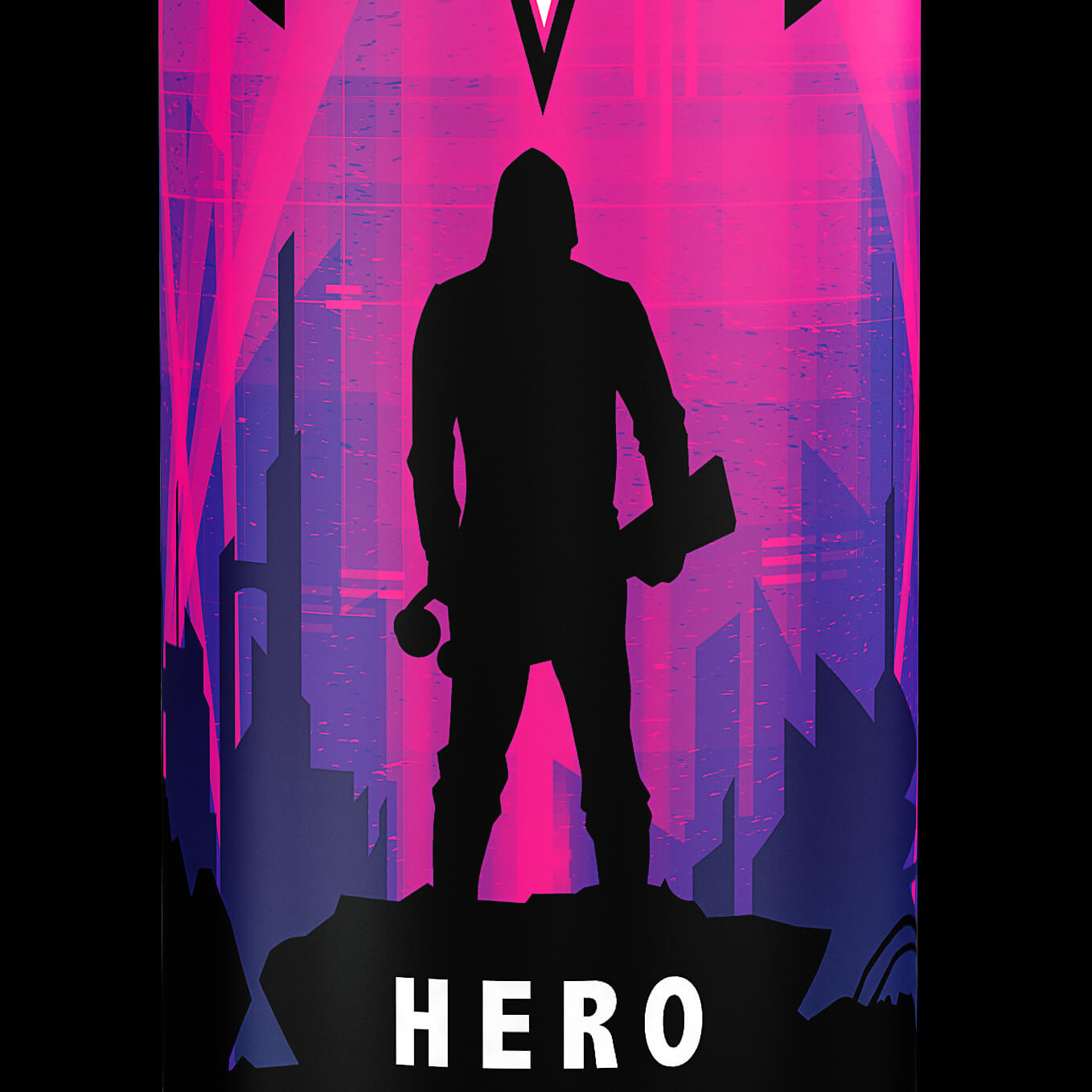 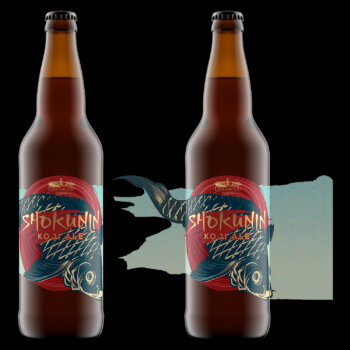 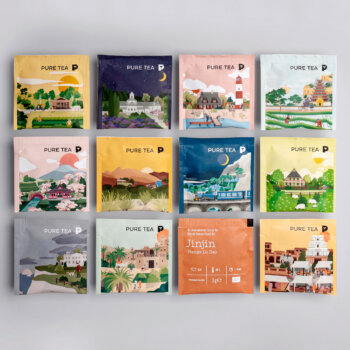 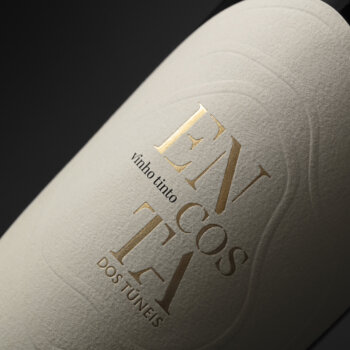