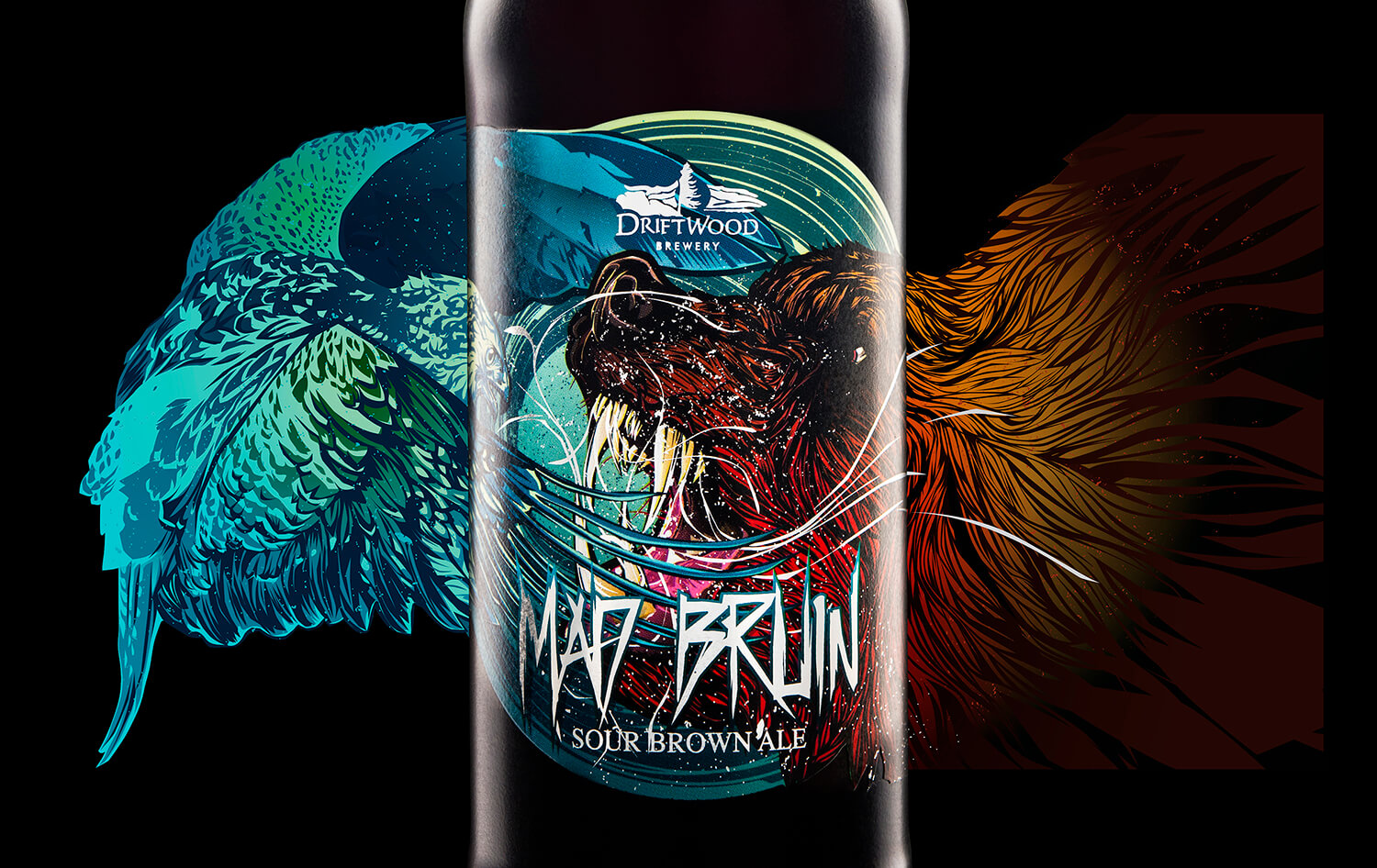 Mad Bruin is a reimagining of Driftwood Brewery’s Oud Bruin Sour Brown Ale and the latest in their Bird of Prey series.

The bird and bear in conflict on the label are in the midst of collision, old and new themes: the bear of the Oud Bruin and the Bird of Prey. The bear, emerging from hibernation, represents the long slumber of Oud Bruin, finally awakened.

Since the oud bruin style is a classic that stands apart from Driftwood’s other sours, Mad Bruin had to be able to stand on its own while also fitting in seamlessly with the other beers in the Birds of Prey series. Drawing on the stylistic elements of previous Birds of Prey label designs, we focused on the conflict between the bird and the bear, which allowed us to showcase each animal’s distinct personality while not taking away from either theme. 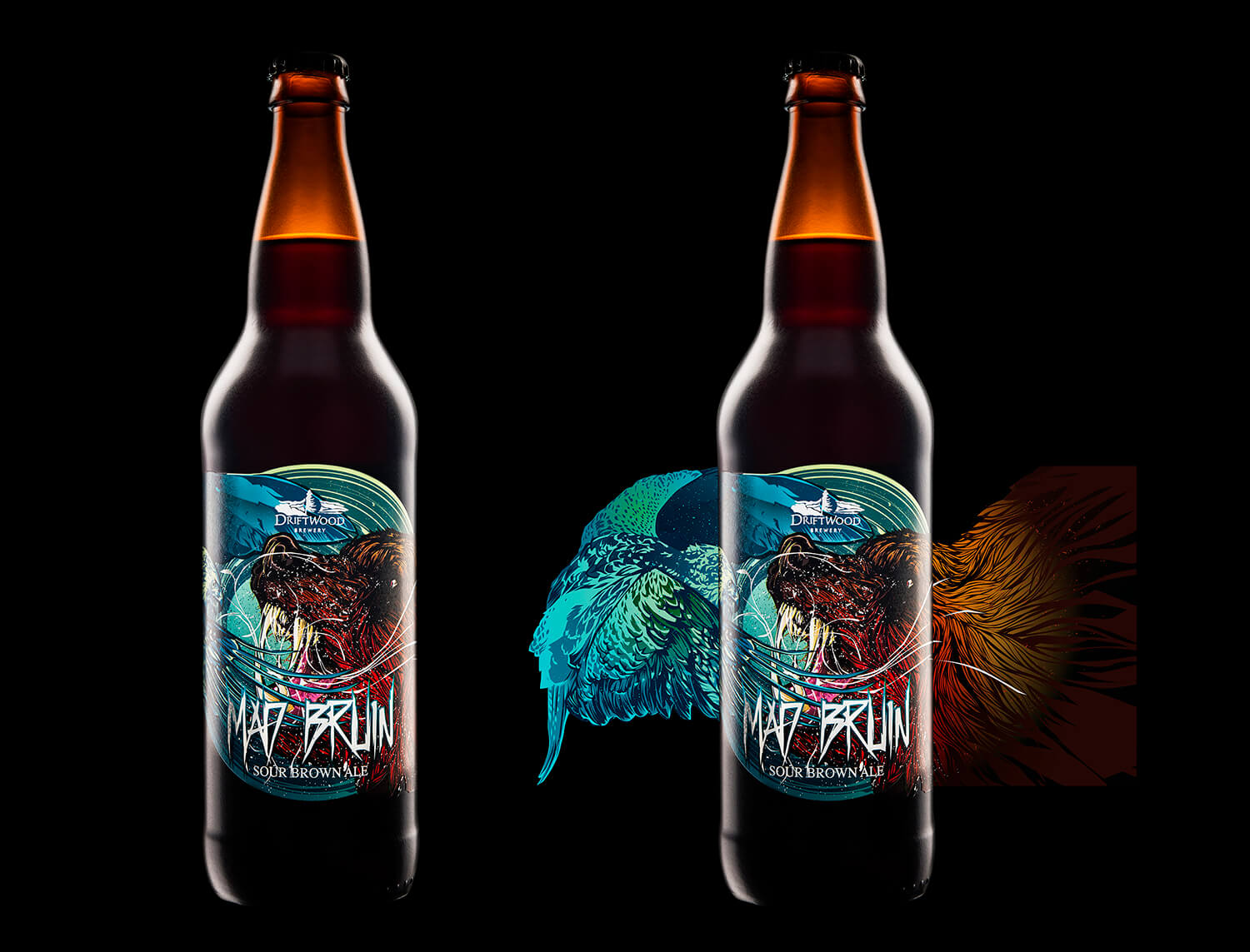 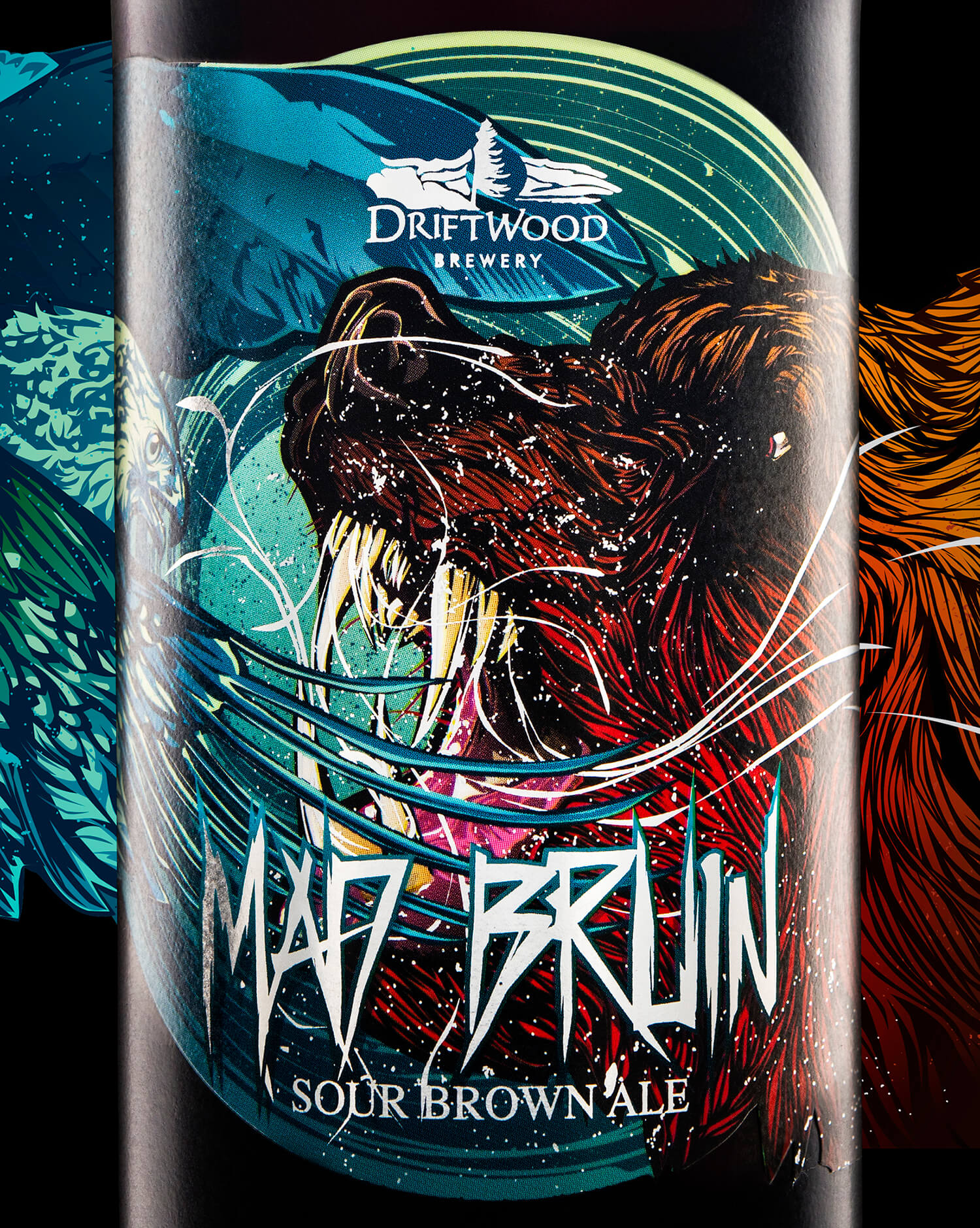 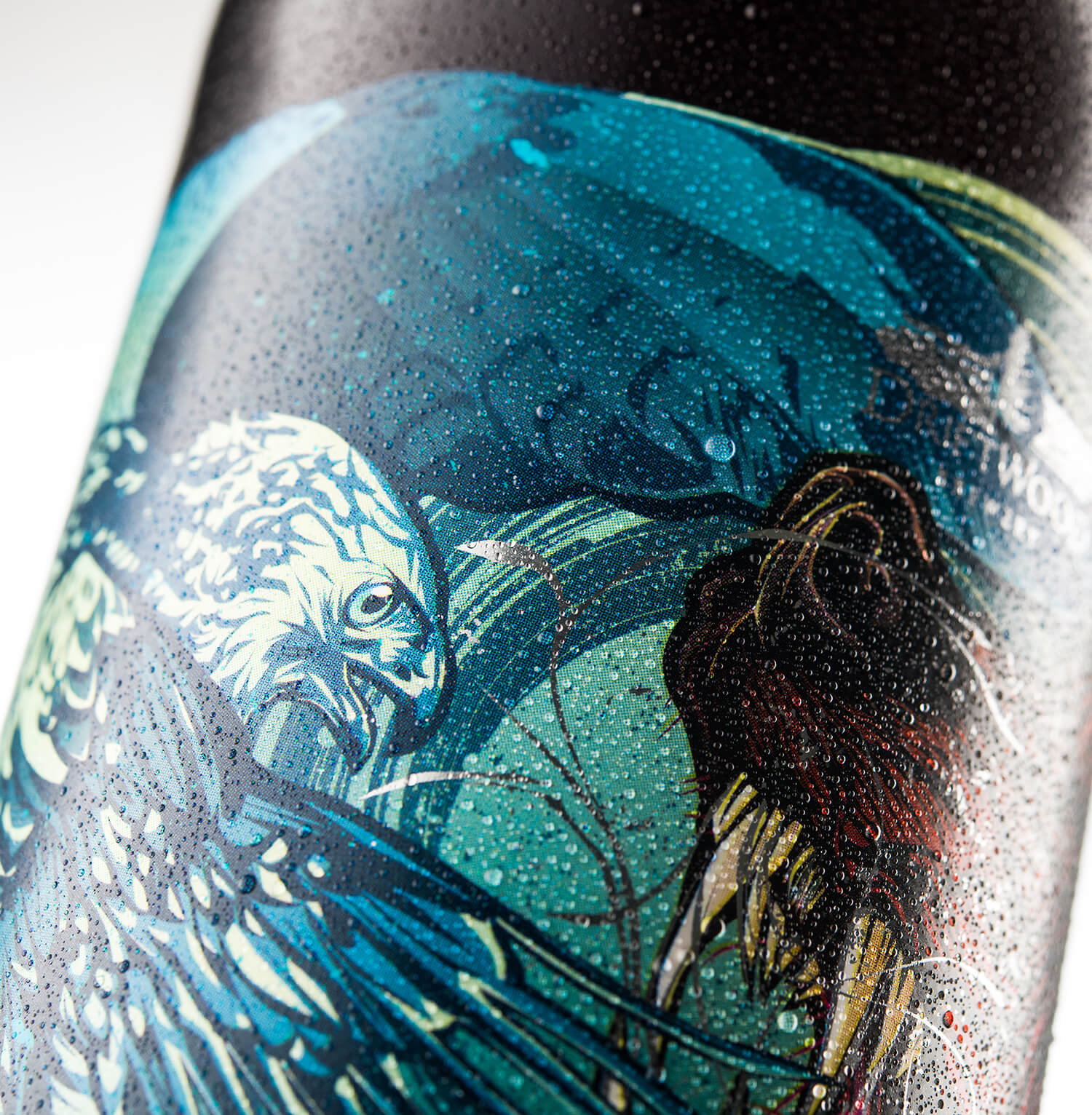 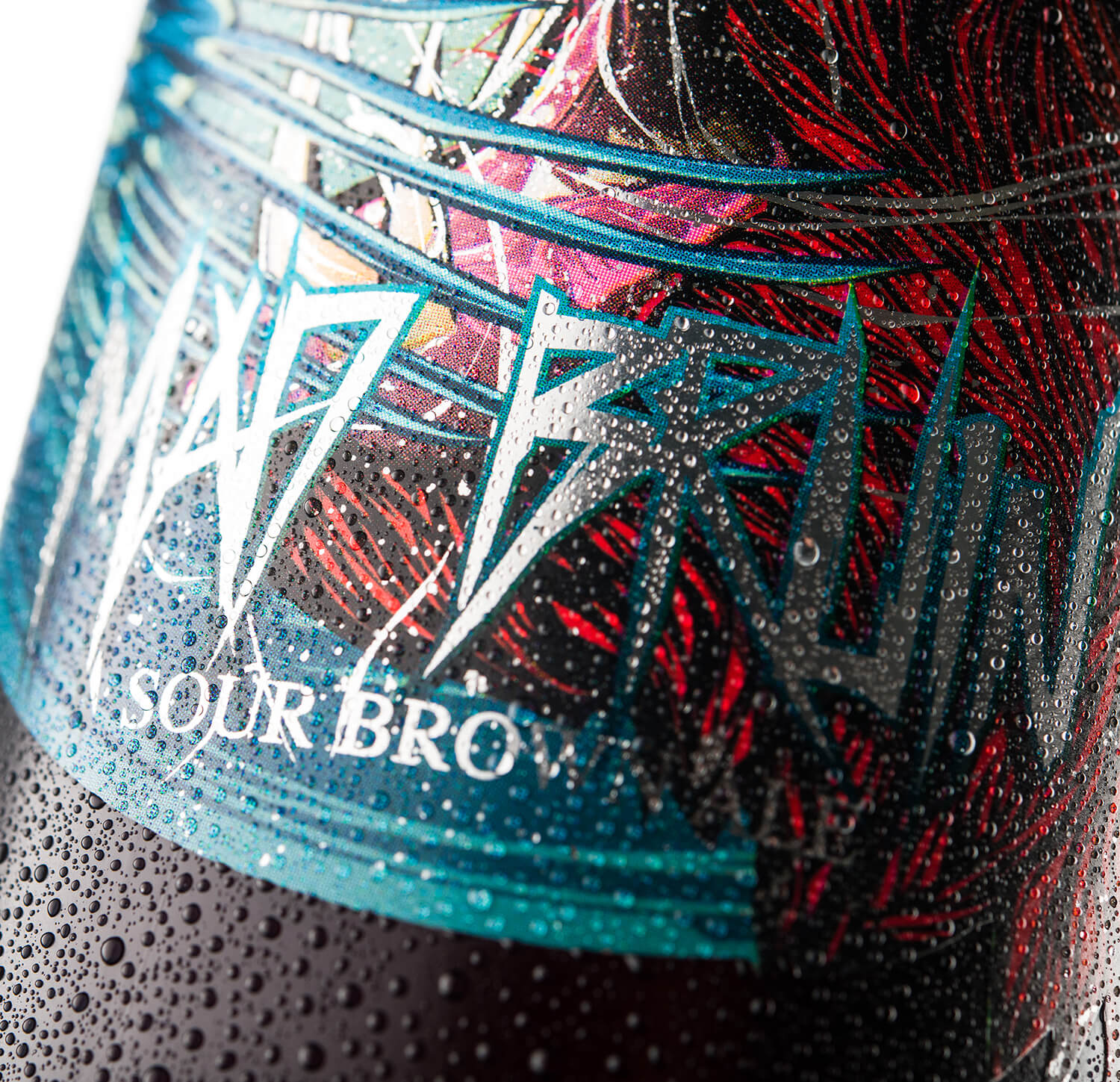 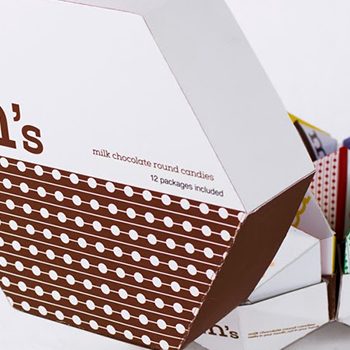 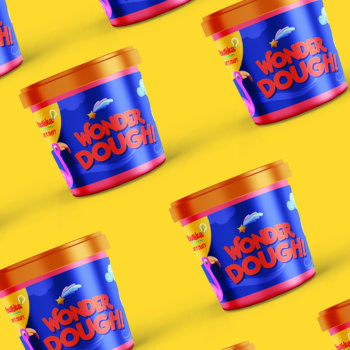 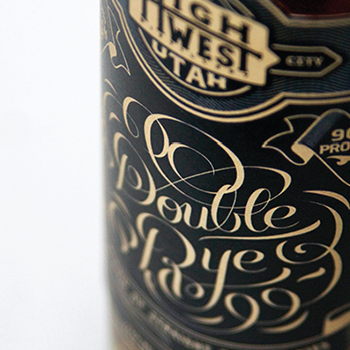