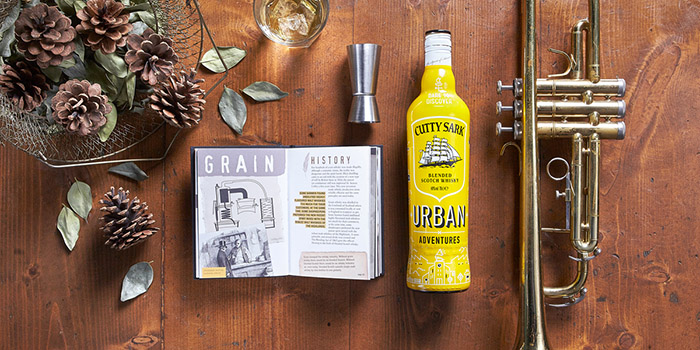 Design objective was the creation of a  packaging that will contribute to the establishment of a strong brand presence at the points of sales, building the image of Cutty Sark as a modern, fresh, youthful brand and at the same time, communicating the Urban Adventures platform. The concept of discovery, a core element of the brand (Dare to Discover) is also pointed out in the design. The viewer is encouraged to search and discover elements that are not apparent at first glance, creating extra interest. Finally, elements of Retro culture play a strong role in the composition, since the packaging’s release coincides with the launch of  the Retro culture.

We followed a geometric visual approach that gave the design a modern touch,  while at the same time pays tribute to graphic applications of past decades. To visualize the urban element, we used geometrical designs of prominent Athenian buildings, industrial spaces, kiosks, benches, traffic lights etc. Additionaly, one can find a series of objects that communicate the aforementioned youth cultures. The typographic approach also has clear references to the retro world. 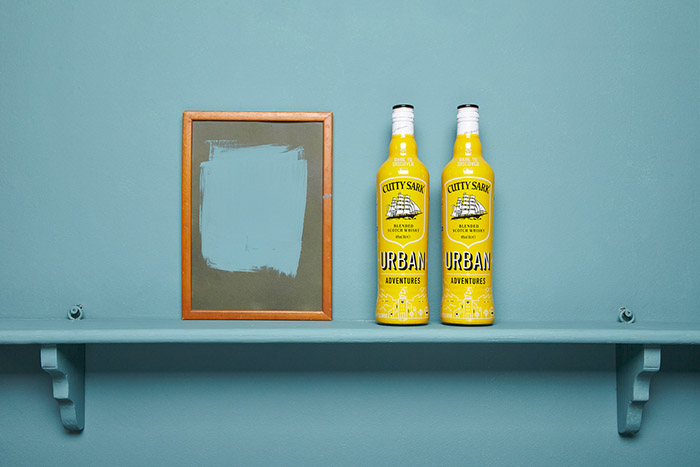 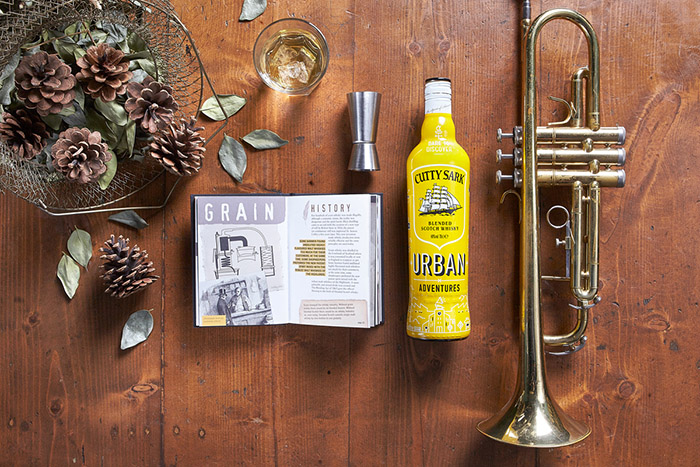 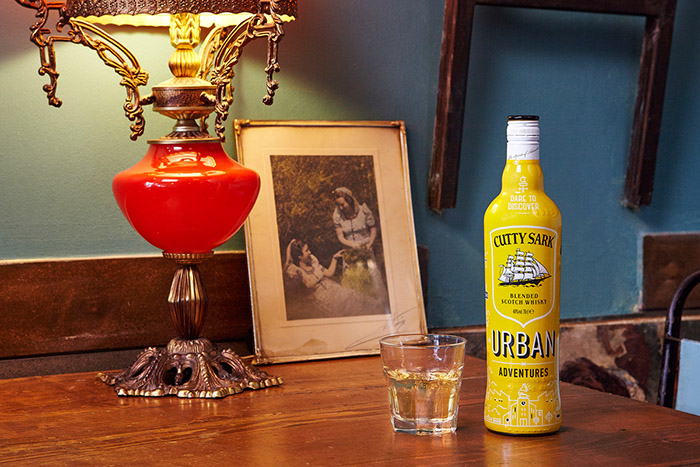 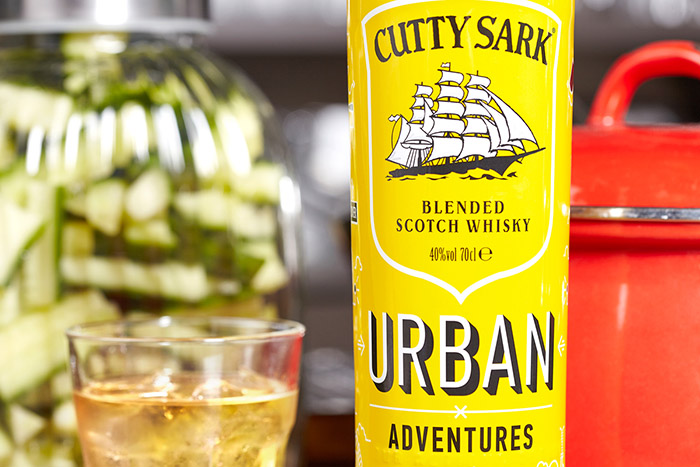 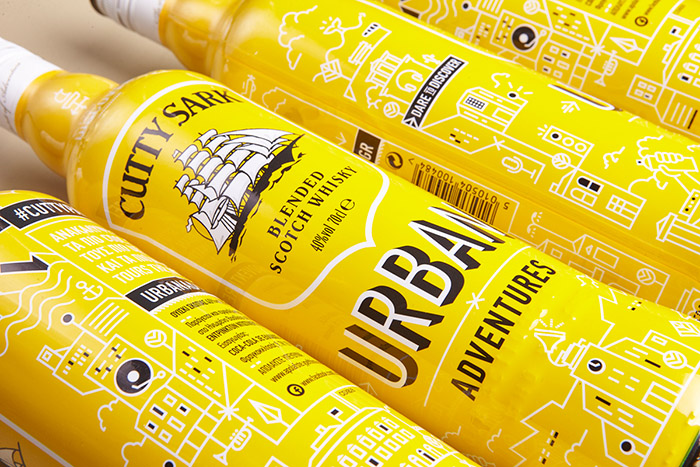 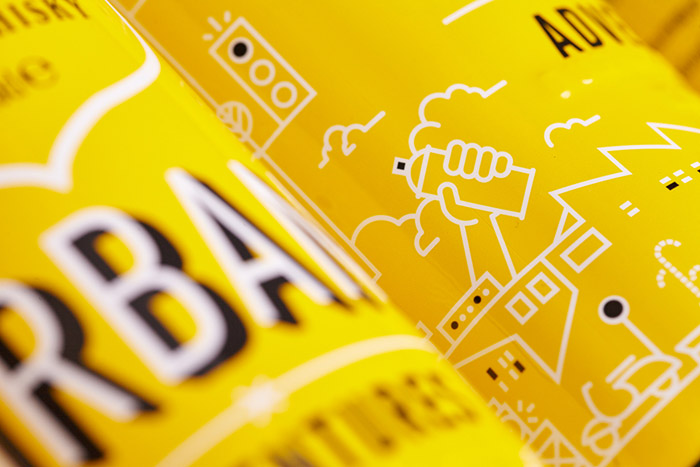 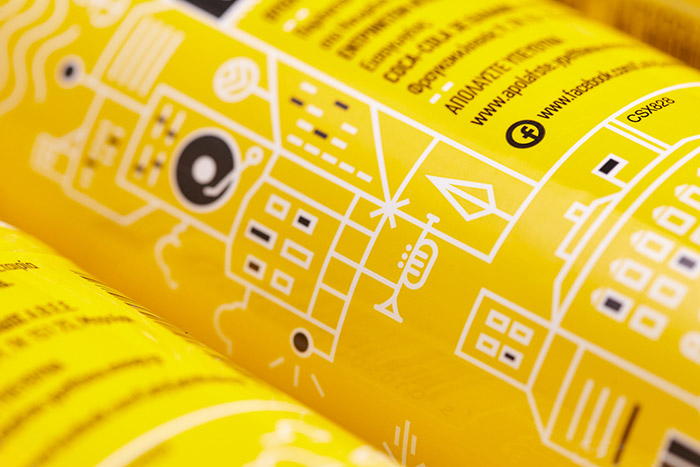 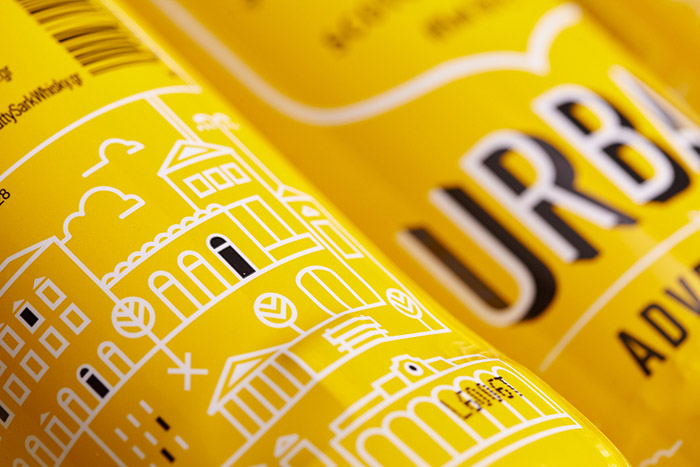 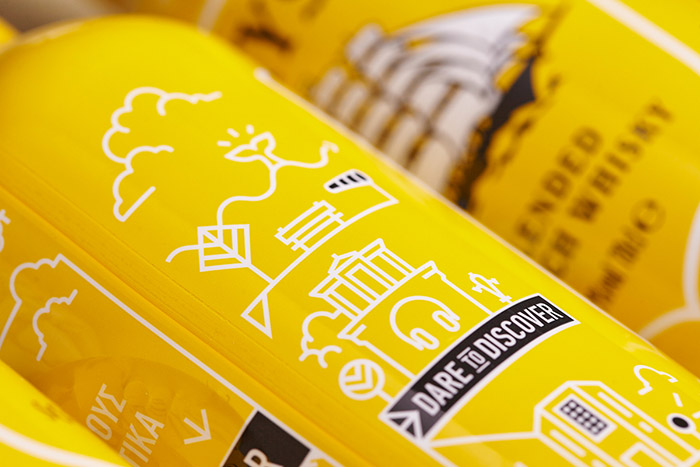 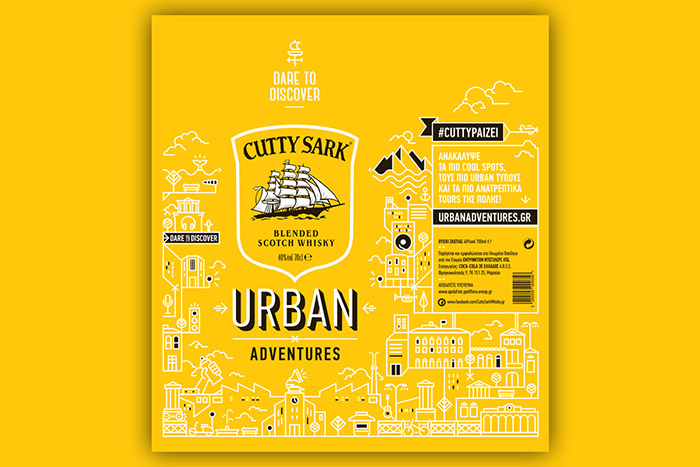 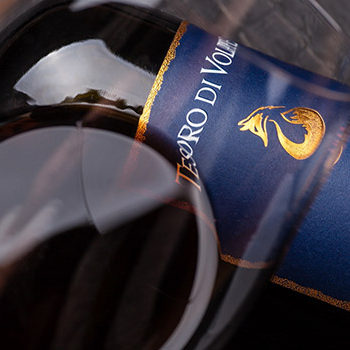 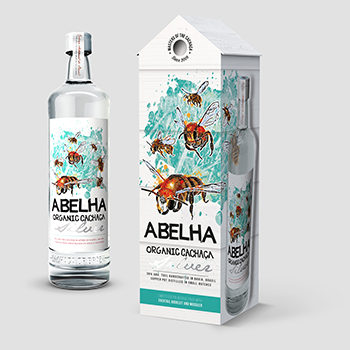