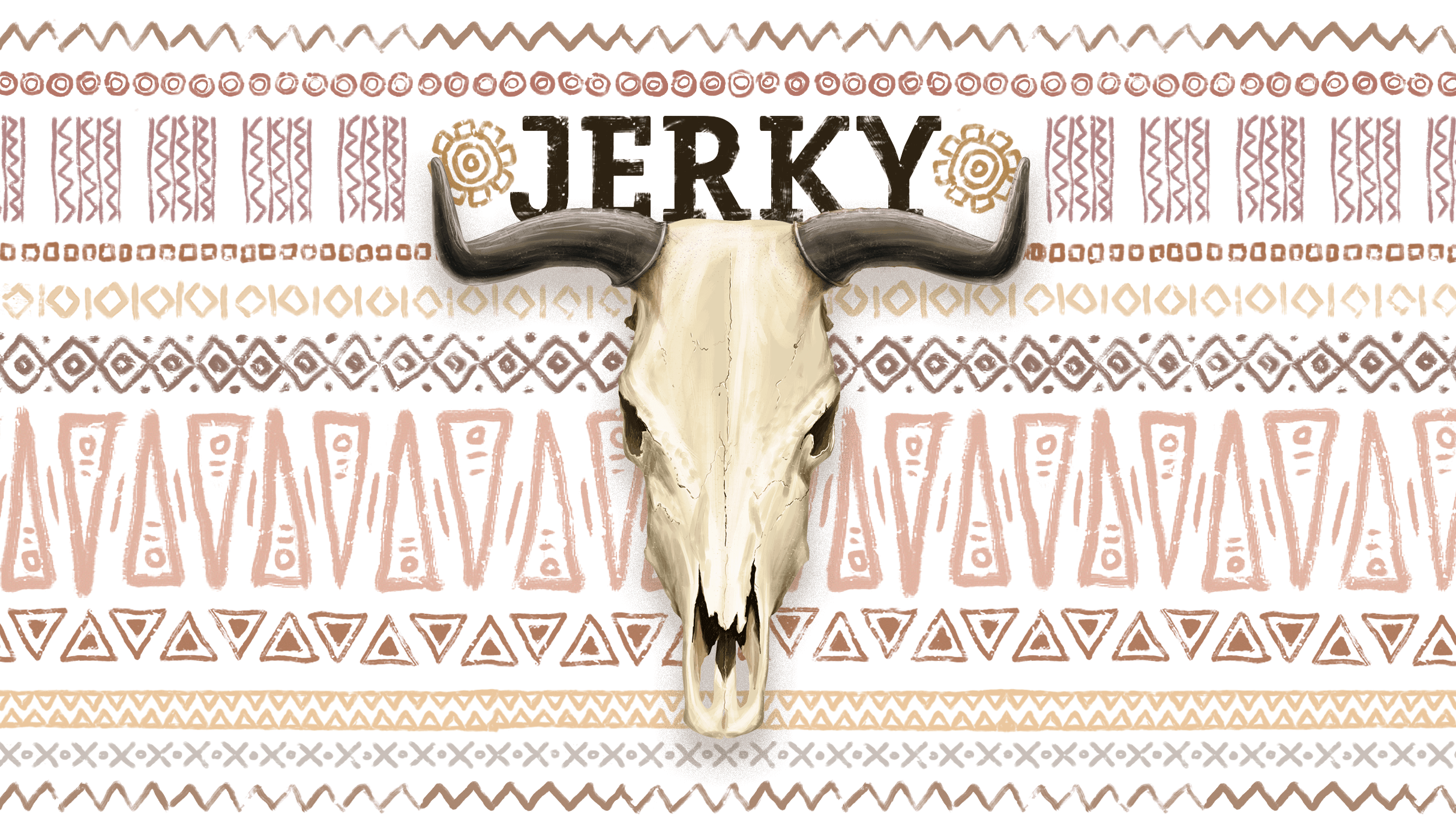 ​​​​​​​​​​​​​​Chili peppers originated in Mexico. Mexican culture is based on Mesoamerican native background, which is associated with simple geometric ornaments and primitive symbols. This fact became the start point of the research. There is also an extensive and varied belief in ghosts in Mexican culture. The Day of the Dead with it’s familiar skeletons and sculls as main symbols became the next important point of the process. And the last point is a specific pepper used in the product. True chilli lovers always know that chilli peppers are not about the gradation of spiciness but about the flavor first of all. It was necessary to depict that the product is not only spicy but it has the specific flavor of Thinidat Moruga Scorpion chilli pepper. This point became the heart of the label.

Having three main elements the perfect blend has appeared. Mexican ornaments in pastel colors gently create the pattern background for the main accents of the label: the cow scull (which helps instantly recognize the type of meat used in the product) and the Trinidat Moruga Scorpion chilli pepper as the most outstanding element. The main layout used for the label design is easily adoptable for the next similar products in the line in case of the necessity. 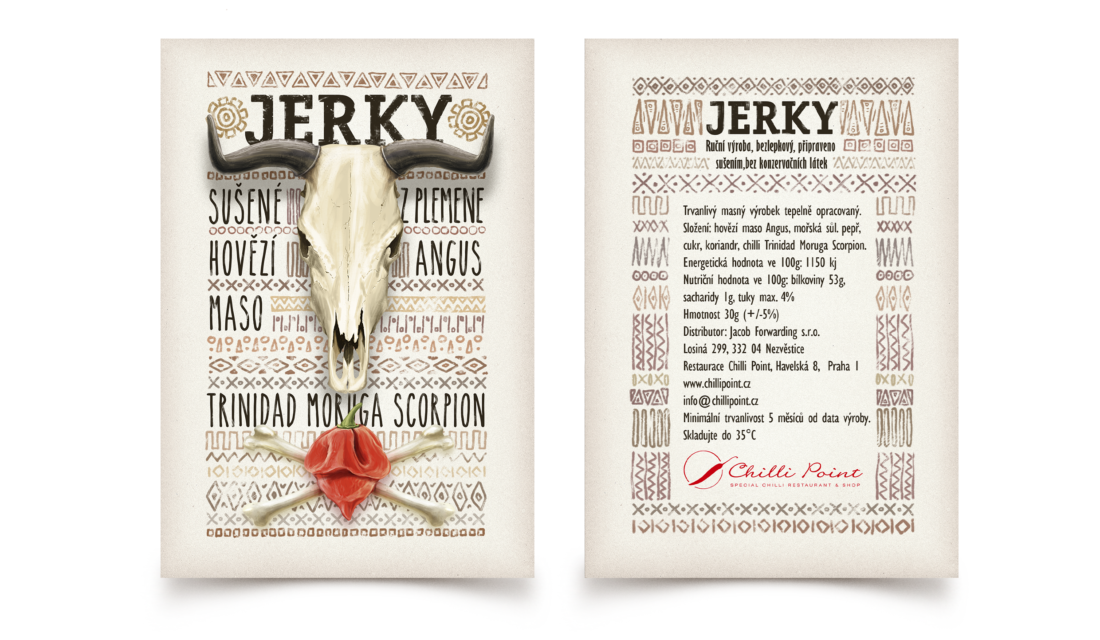 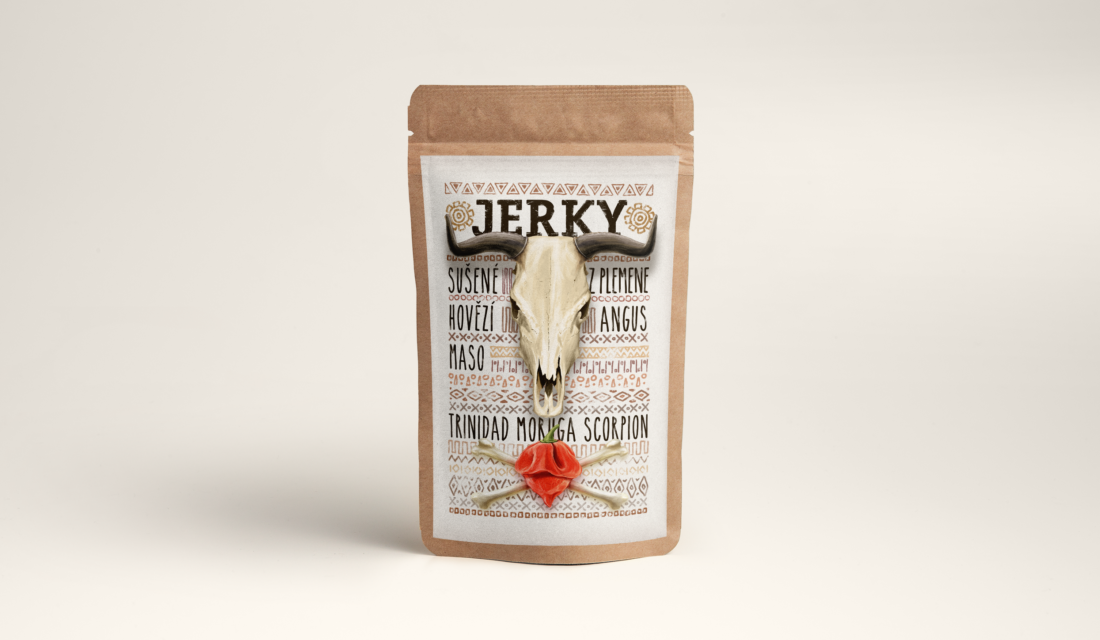 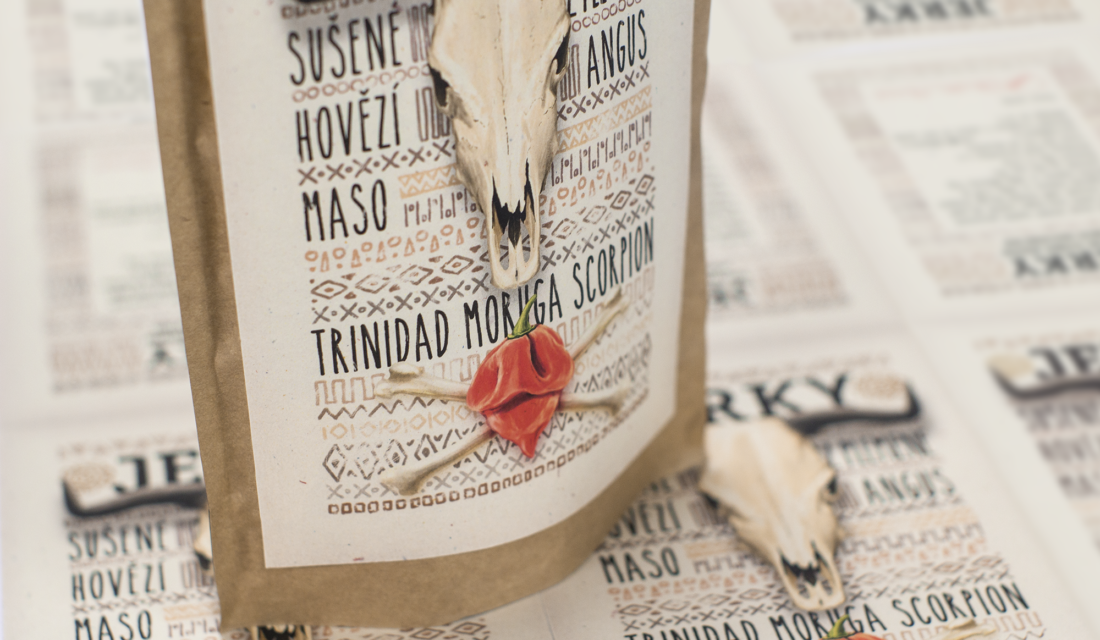 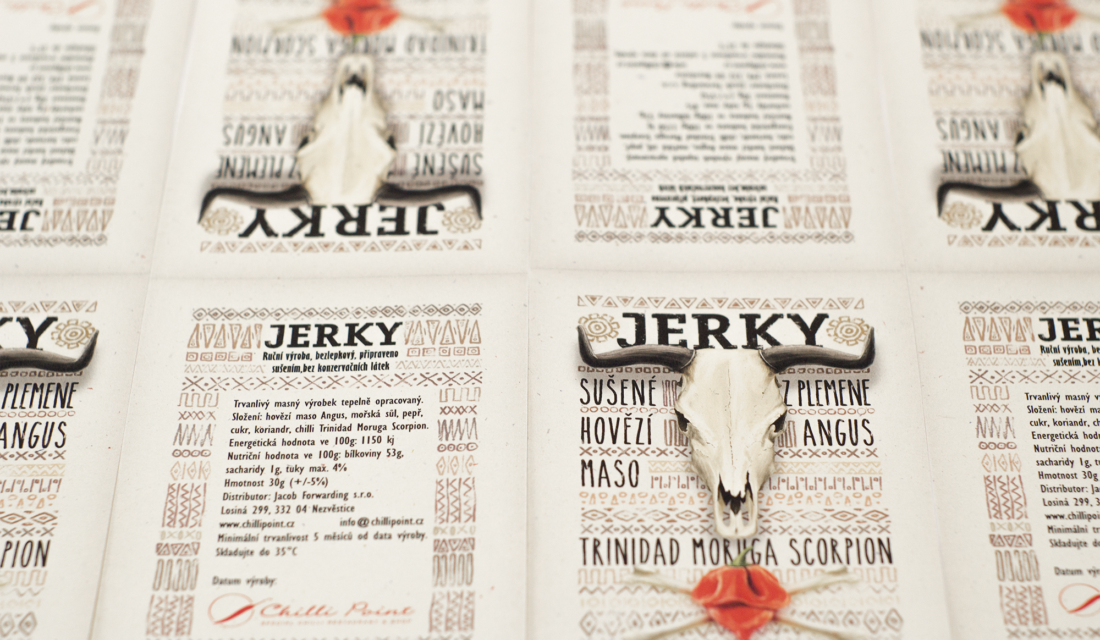 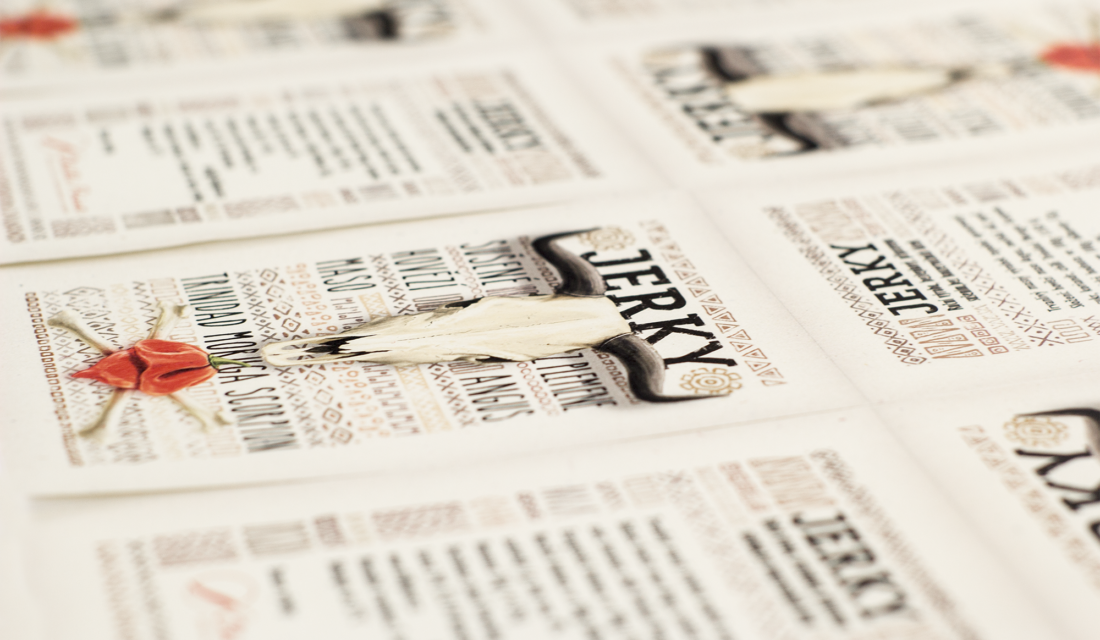 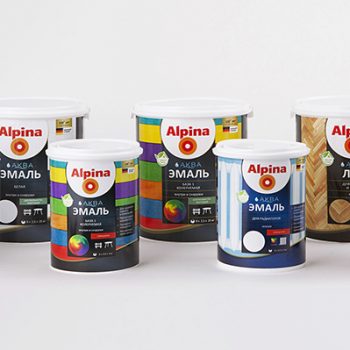 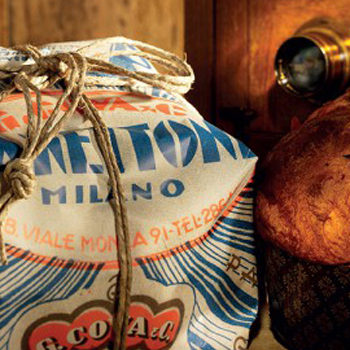 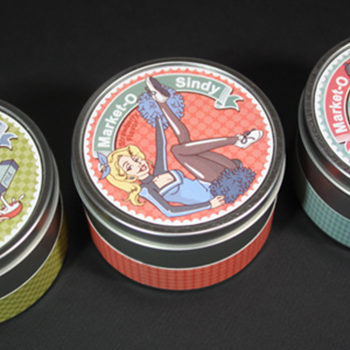