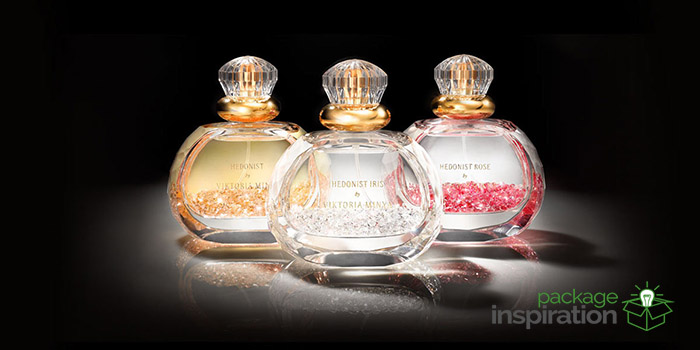 Viktoria Minya’s debut fragrance, the Hedonist, became a cult fragrance within just a month after its launching in 2013. The concept of packaging was built in the jewelry box. We would have loved if a woman doesn’t get just a perfume but she can wear this like a jewelery and the perfume will be one of the jewels of her rooms.
Like a valuable ring or necklace. All perfumes from the line are presented within beautifully crafted bottles filled with hundreds of genuine Bohemian crystals that sparkle brilliantly. The bottles are enclosed within a handmade wooden box, fashioned to capture the sleek look and feel of snakeskin leather.
2 new fragrances are completing now the Hedonist line, both worked around the most prestigious and noble raw materials of all.
Hedonist Iris
Hedonist Iris’s essence is the most prestigious raw material of all – Iris butter, its cool elegance is laced by Viktoria Minya with tantalizing notes of cocoa and blackcurrant, and crowned by a fine blend of musks. The scent is best described by timeless elegance; it is effortlessly chic and graceful, delicate but powerful – for a woman who cares for sensual luxury.
Hedonist Rose
Hedonist Rose is created around the queen of raw materials: Rose Oil, which is often considered opulent in its pure beauty – therefore it is meticulously chilled by Viktoria Minya with sparkling notes of white wine and a hint of peach. An audacious perfume for a woman who recognizes the strength and allure of her own femininity; a perky rose that doesn’t want to be taken so seriously, but its audience cannot help it, and end up falling in love with her.
Eau de Hongrie
This novelty is a true surprise, and a very personal creation by Viktoria Minya. She discovered the legend of Eau de la Reine de Hongrie (The Queen Hungary’s Water) while still in perfumery school, and the idea of its modern version was instantly born. The original Eau de la Reine de Hongrie was the first modern perfume referenced ever. According to the legend, the perfume gave back youth and beauty to the aging Elisabeth, hence the Polish king fell in love and married her.
In the 1300’s the juice smelled mostly of rosemary tincture, so Viktoria Minya needed to choose carefully the essence of the revisited famous scent in order to reflect the modern context. The inventive Eau de Hongrie by Viktoria Minya is inspired by Hungary’s world class wine specialty, the Tokaji Aszú ( Tokaji Essence ) which does not only taste divine, but has proven medical benefits. Delicate notes of honey, jasmine and immortelle are completed with the suave texture of sandalwood resulting in a rich, gripping scent, worthy of its predecessor of the 1300’s. Eau de Hongrie is presented within a finely designed bottle, an ode to the world famous Tokaji wines and is enclosed within a handmade wooden box recalling Viktoria Minya’s signature packaging.
Designed by: kissmiklos, Hungary.
Photo by: Daniel Herendi 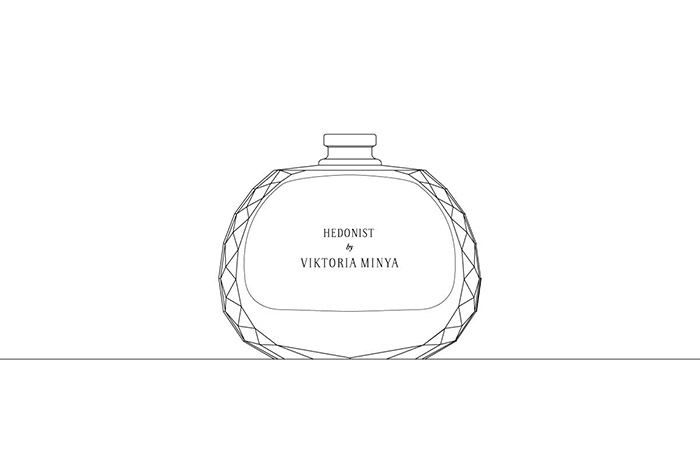 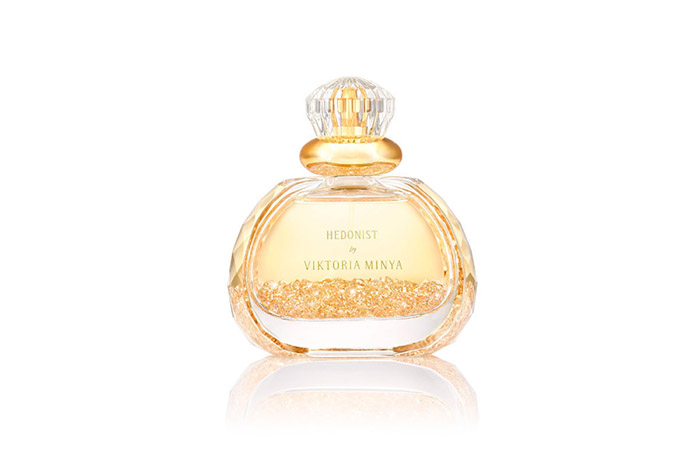 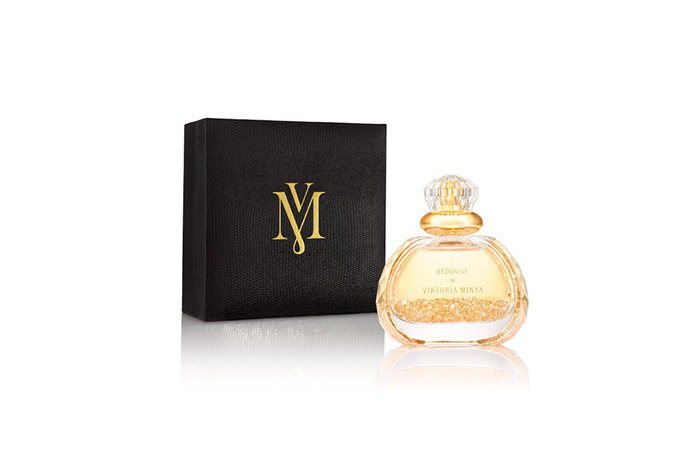 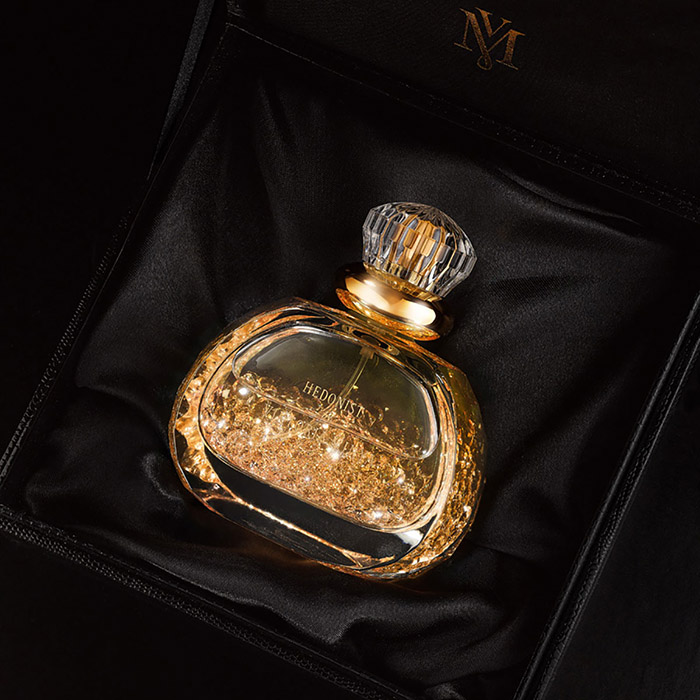 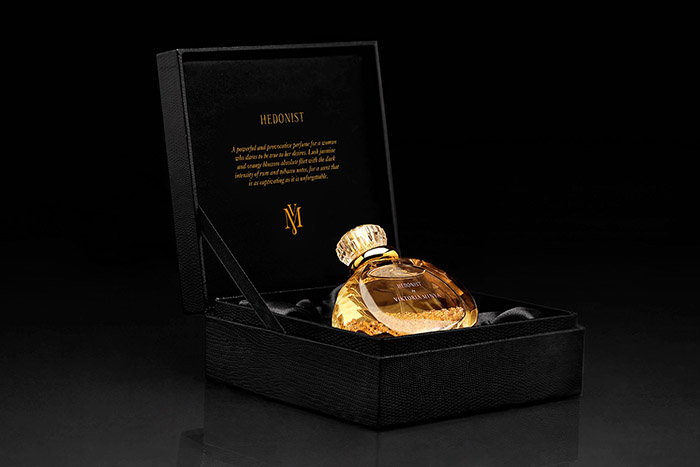 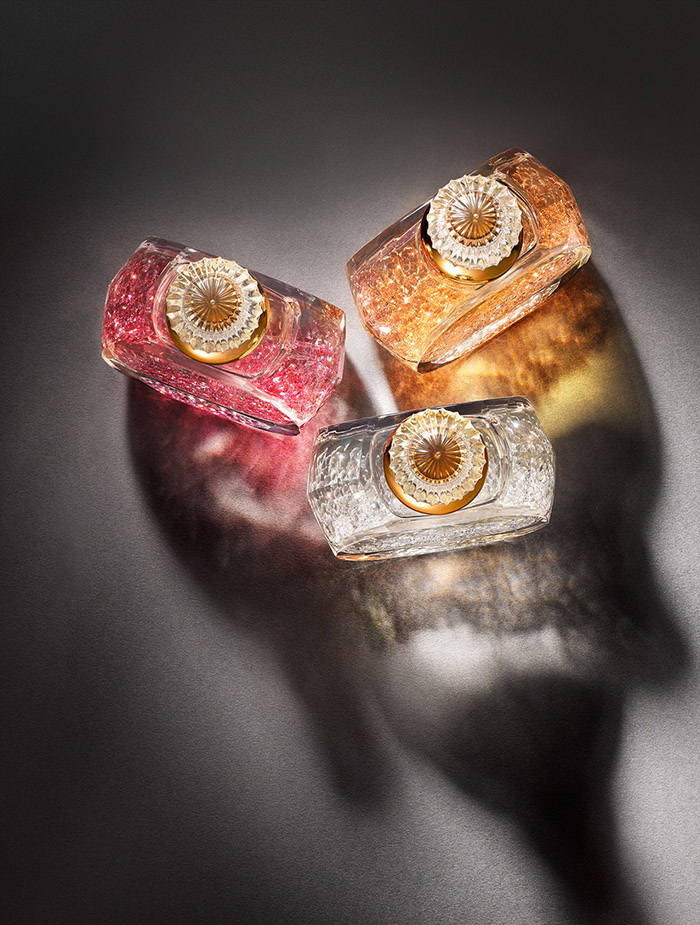 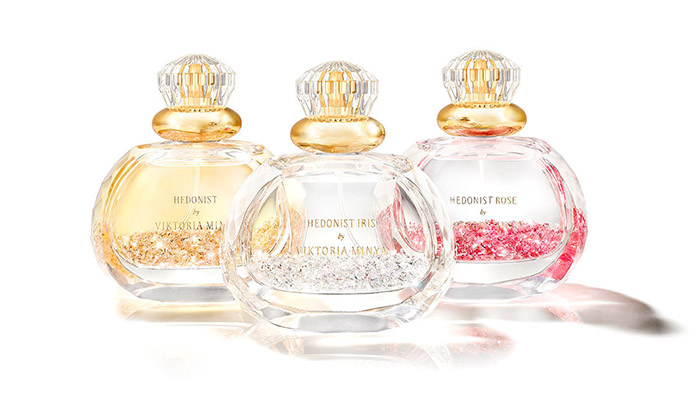 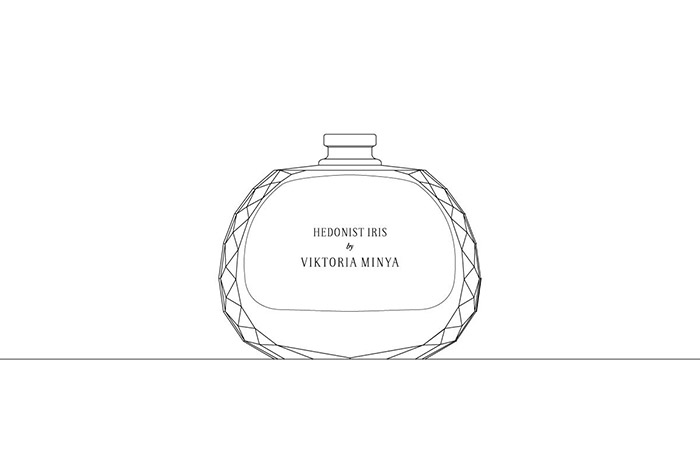 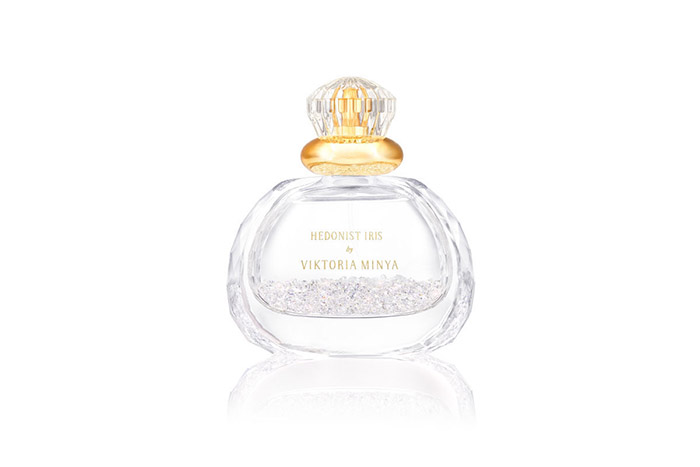 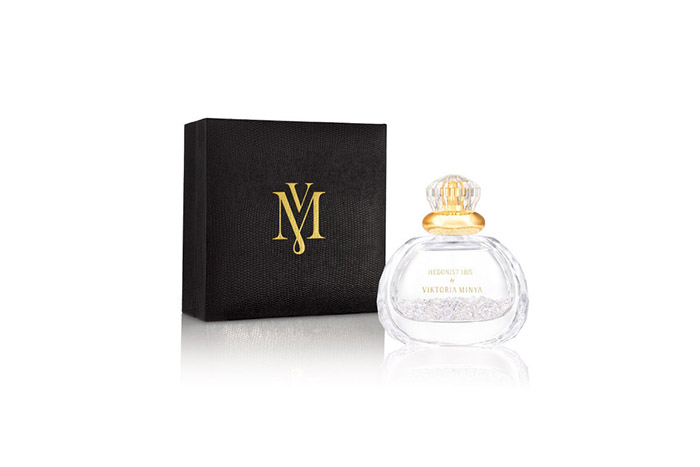 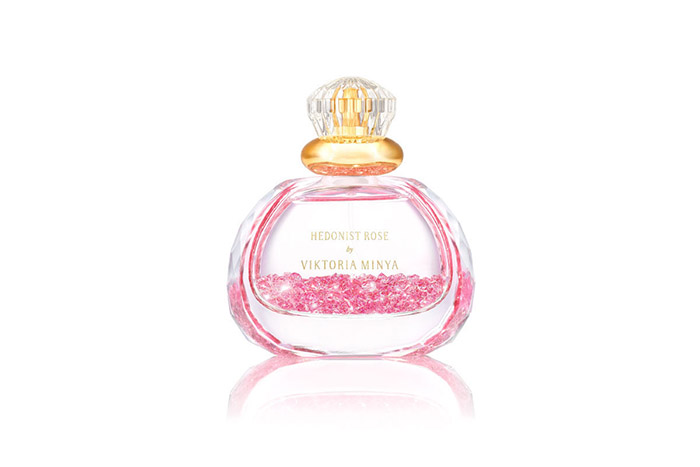 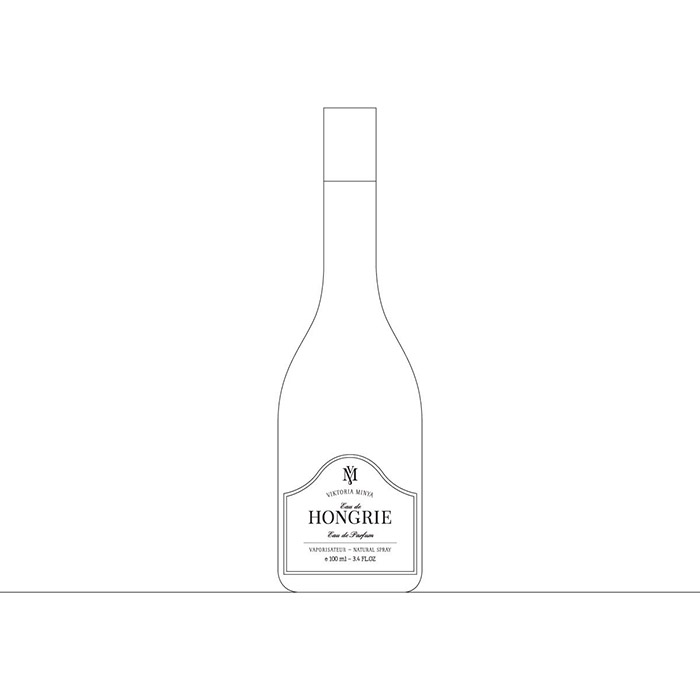 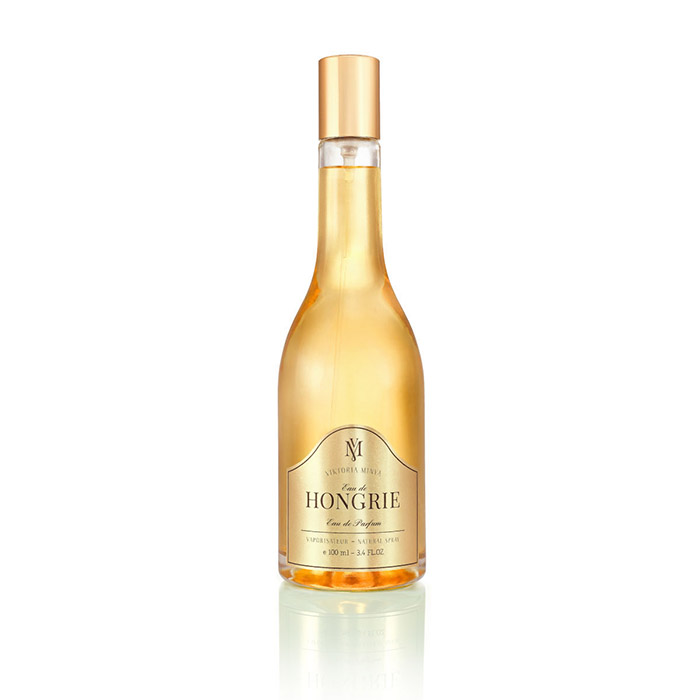 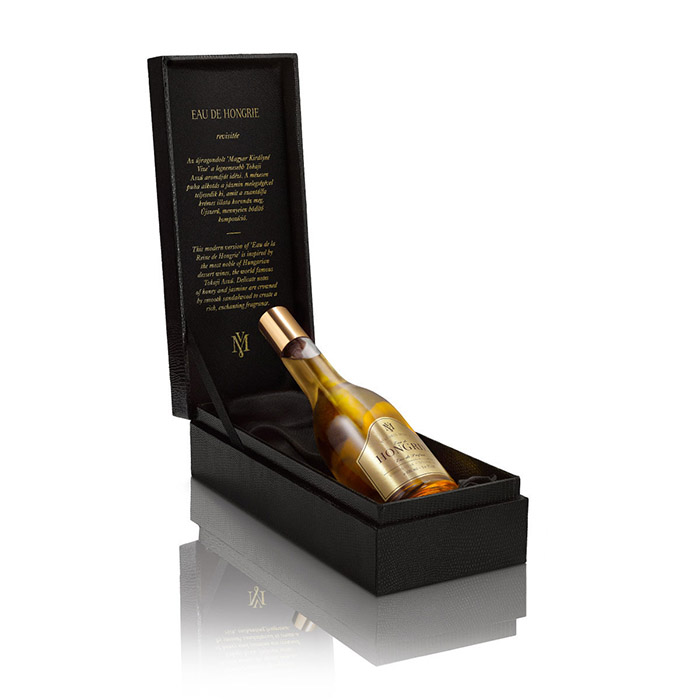 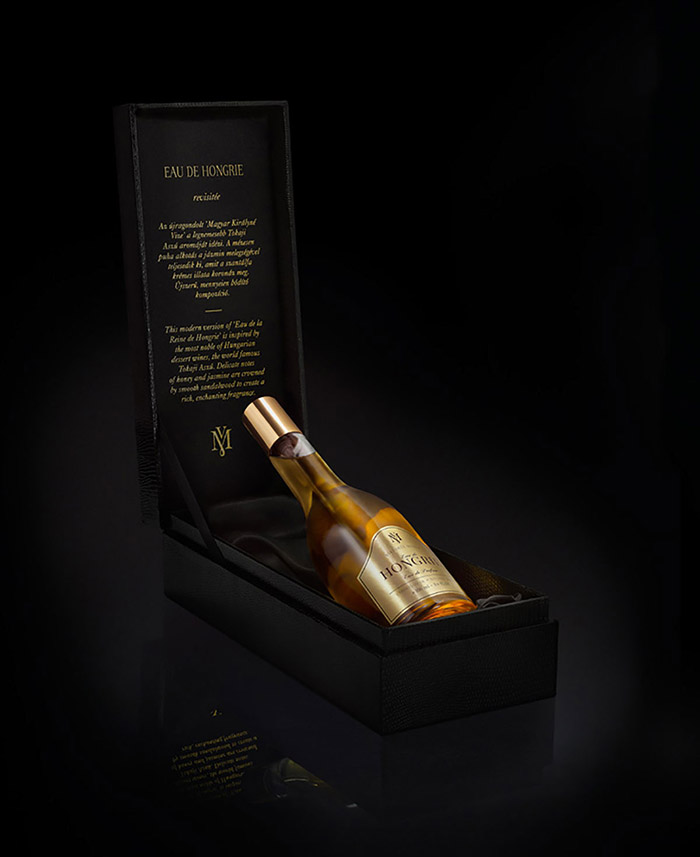 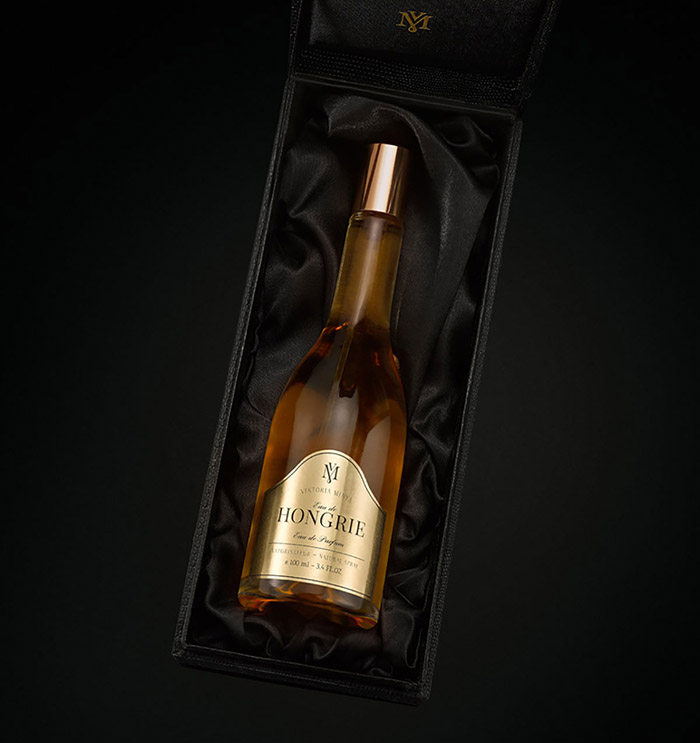 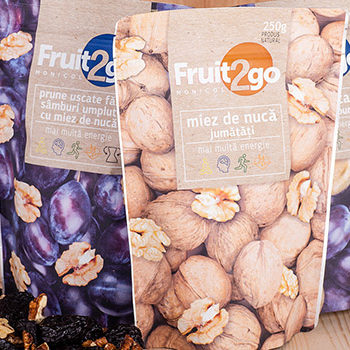