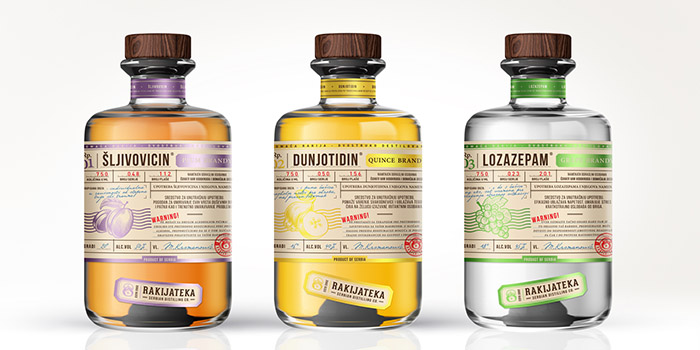 Rakijateka is a fictional small family distillery which produces high-quality brandy. These fruit brandies are commonly known in Serbia as rakija and the most popular flavours are Šljiva – made from plums, Loza – made from grapes, Dunja – made from quince…
It is also widely known in my country, that rakia (serb. rakija) has been always considered a traditional cure, which is the main reason why she became a part of the “home pharmacy system“ in almost every household. Many believe that besides being able to lift up your mood, helps in better digestion and elimination of various types of pain. But whether can rakija really cure diseases or these are just empty beliefs and secret desires, will remain debatable and each of us is given the right whether to believe it or not. That’s why the name of the distillery is actually a play of words – Serbian word for pharmacy is “Apoteka”.
The whole concept, which was done as my master’s degree project, is based exactly on these common folk beliefs and supposed to have a touch of humor in it. The aim was to create such a brand that will at the same time be modern and tradition-oriented, so as to be interesting and meet the needs of all generations, both young and elders.
Designed by: Jovana Randjelovic, Serbia. 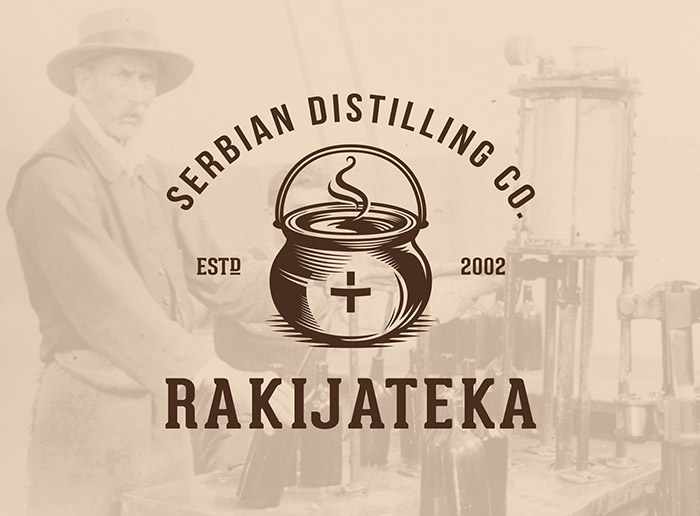 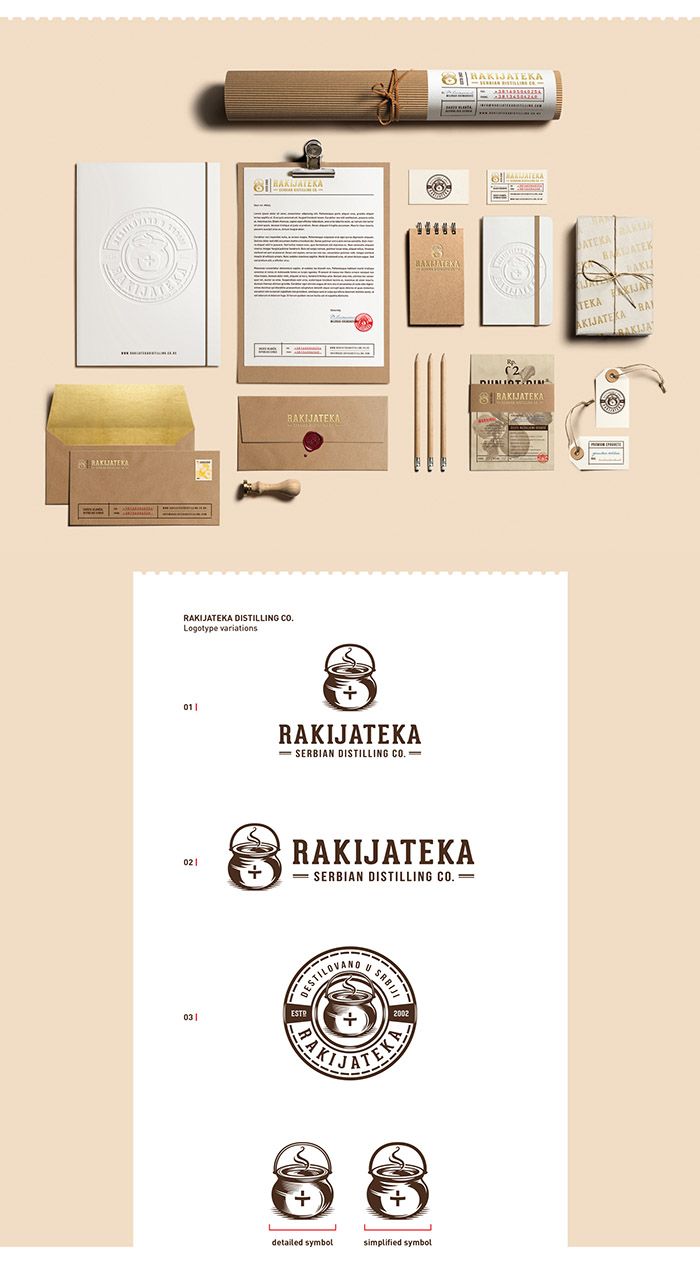 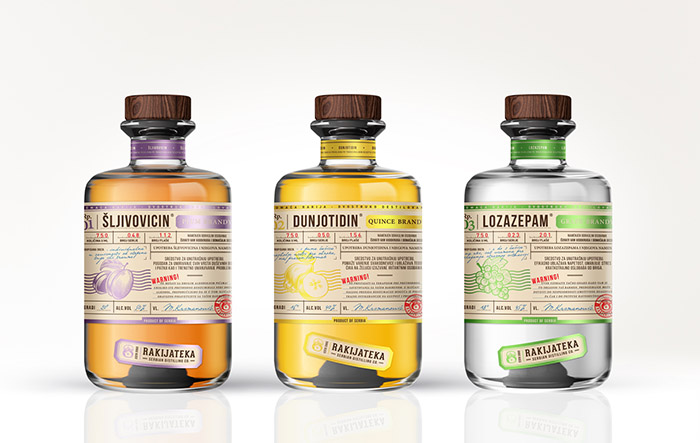 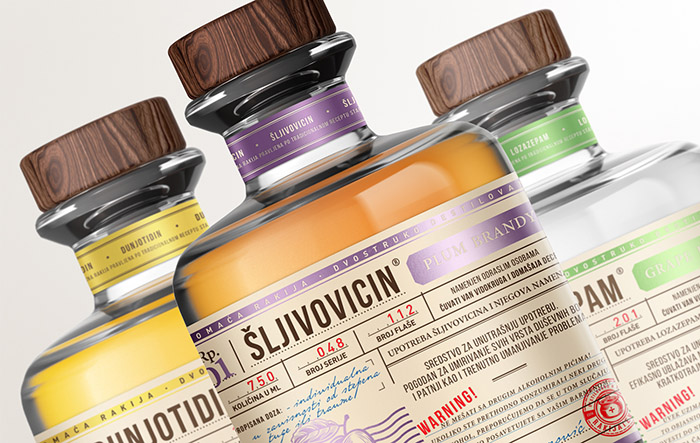 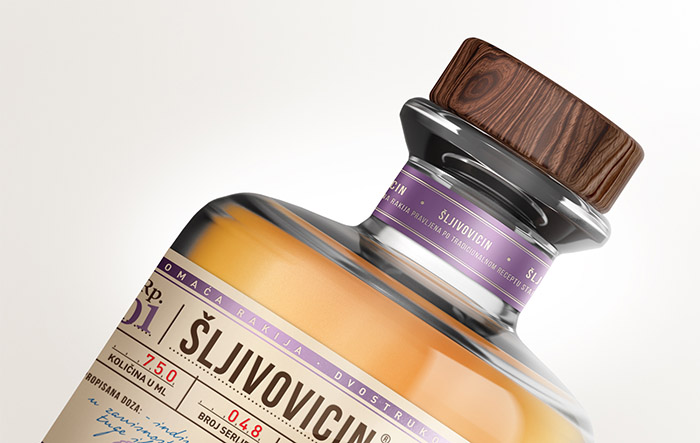 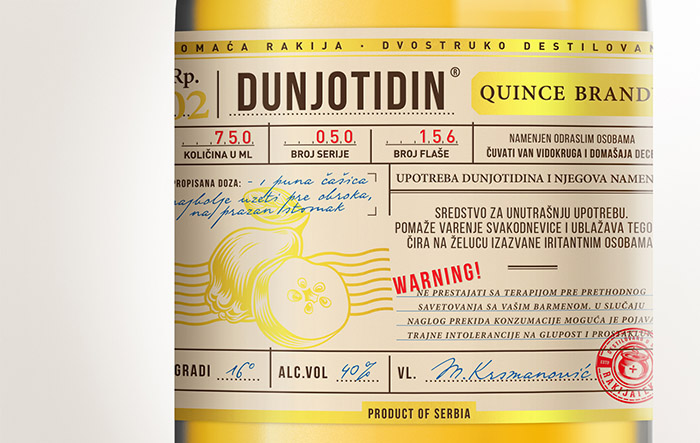 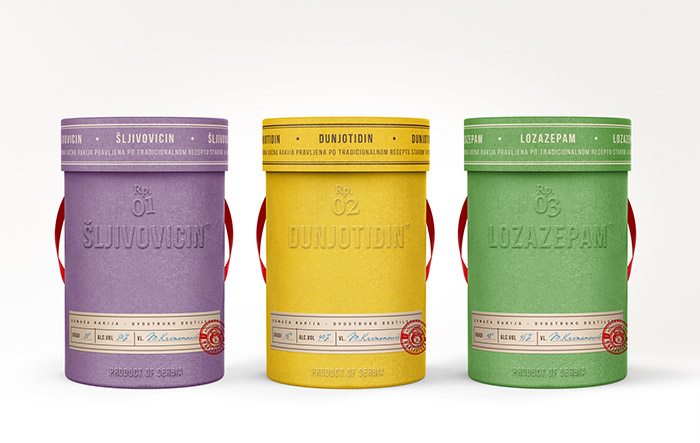 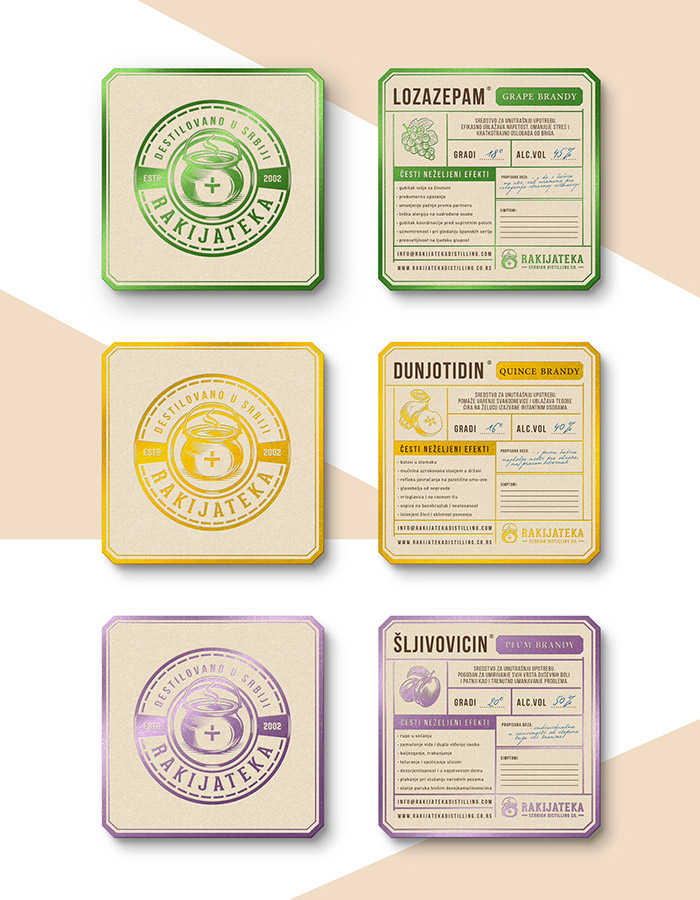 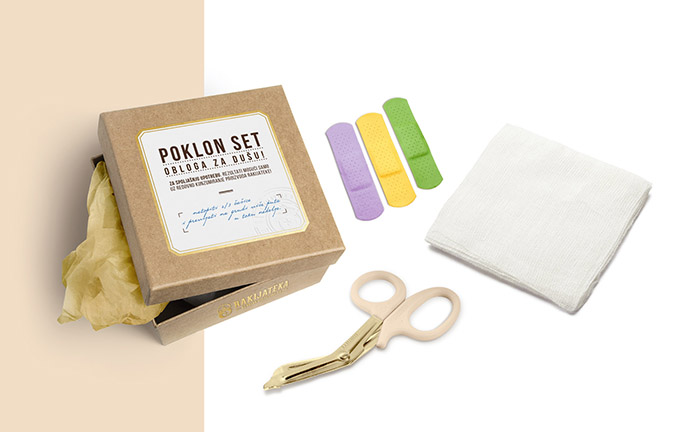 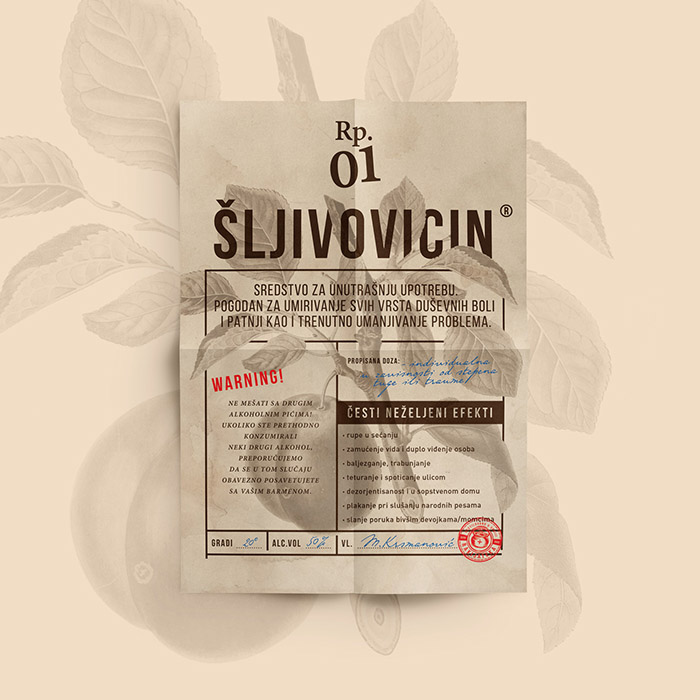 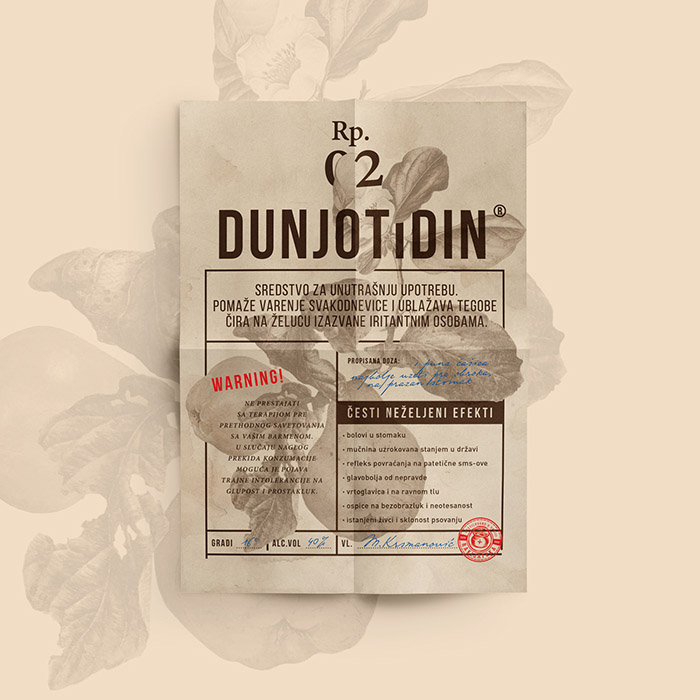 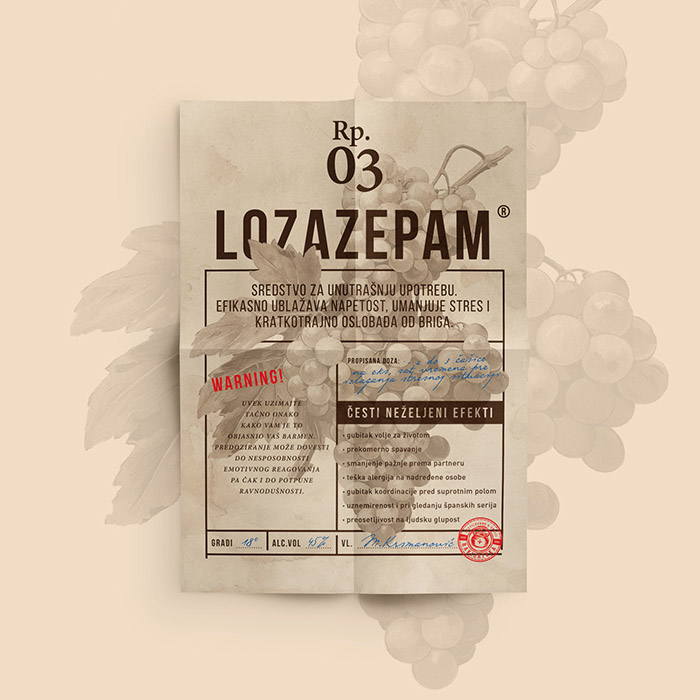 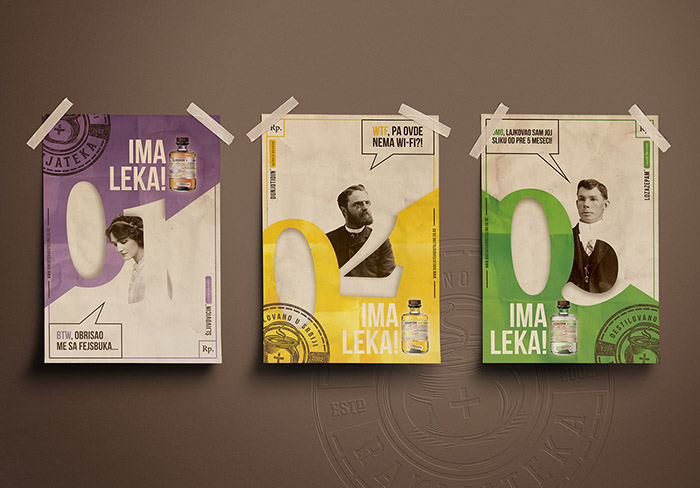 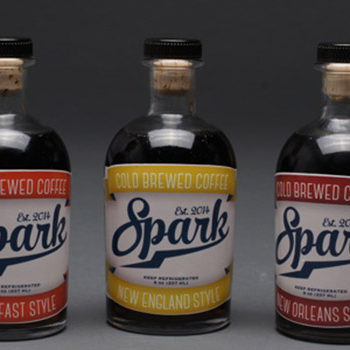 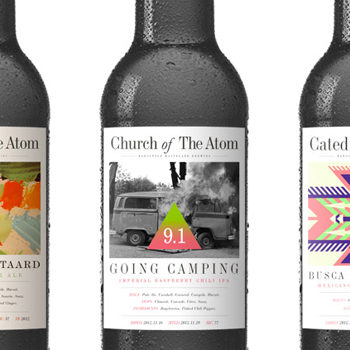 Alcoholic Beverages Church of the Atom 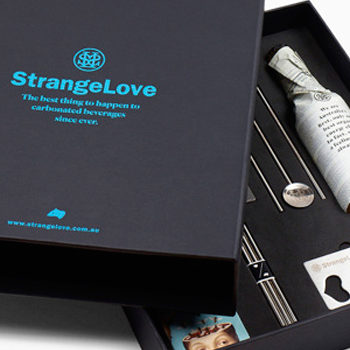