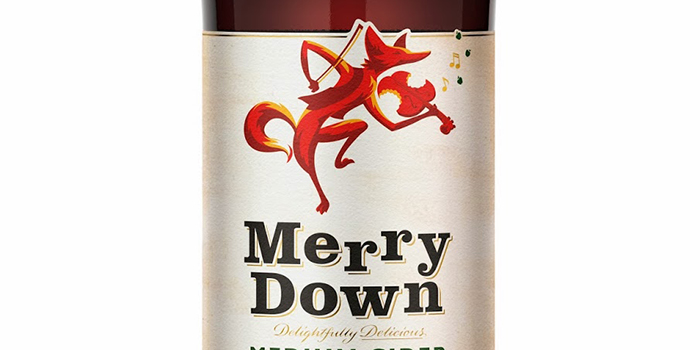 Merrydown: a revolution in cider branding
Merrydown was a brand in need of a lift. First produced in the 1940s by three friends in their garage in Sussex using a borrowed 300-year old oak cider press, it uniquely only uses eating apples rather than cider apples, so had always performed well in taste tests, and had built a loyal following.
Yet, it had not fully capitalised on the stunning growth that the cider market has enjoyed in the past few years, and it was keen to start doing so.
“When Merrydown came to us about 18 months ago it was evidently an exciting brief,” says Dan Kimmins, Design Director at Ziggurat Brands, – the London agency that has in the past four decades helped build brands such as Copella, Higgidy Pies, Sun Bites, Bottlegreen and Tilda. “But it was also a challenging one. Crucially, whilst they wanted to reach new drinkers they did not want to lose their established and loyal existing customer base.”
Kimmins and his team began with the name. “It’s a lovely evocative name, resonant with laughter and countryside charm” he says. “Consumer research indicated an enthusiasm for the jovial, light-hearted personality of this brand, and so we decided to embrace this aspect of the brand. Merrydown is a relatively young company with an idiosyncratic history, in a market where most companies are three or four centuries old – our design plays on the fun, irreverent side of the brand.”
Central to the expression of that irreverence is the dancing, fiddle-playing fox, created by Ziggurat Brands, and given pride of place on the label. This fox – the well-established cheeky chappie of countryside tales – brings such energy to the label that the type around him appears to be dancing too.
This brand is imbued with character and sociability, but it is also a brand based on a high quality apple product: a deep red is the colour of eating apples and provides stand-out in a segment dominated by yellows and greens; the typeface is reminiscent of letters pressed into an apple crate; look closely and the violin is in fact an apple with two bites taken from either side; the notes floating from the violin are apples.
“We worked with Scott Perry, a great copywriter on the brand language, both on and off pack” adds Kimmins. “The tagline ‘Delightfully Delicious’ has bounce and a tongue twisting rhythm. The visuals together with the sign off: ‘One Sip. Many a knowing grin explained’ unites the brand’s irreverence and fun with its quality and tradition, appealing to both its established market and those who are about to discover it for the first time.”
Merrydown has launched this fresh brand on a new 500ml bottle, and a new blackcurrant variation. It is listed in Morrisons, Tesco and Sainsbury, and sold in English Heritage venues as well as outlets of The Garden Centre Group. Throughout 2014 it will be sold at food festivals and county shows up and down the country.
Designed by Ziggurat Brands, United Kingdom. 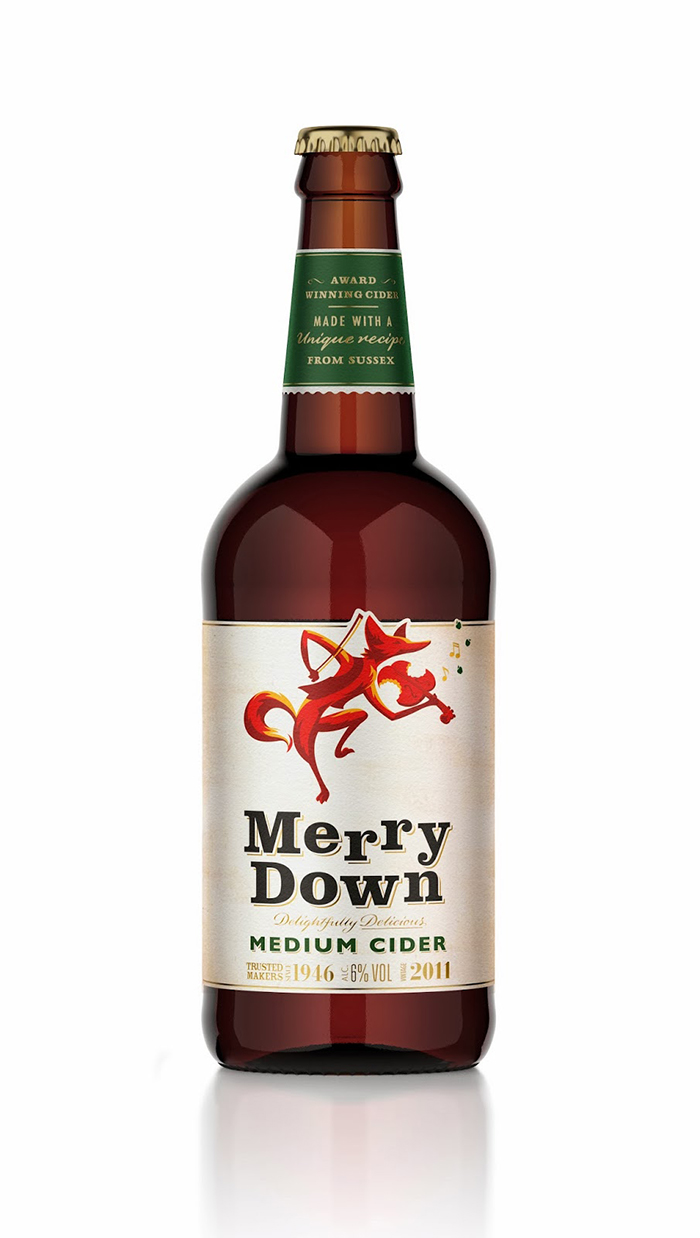 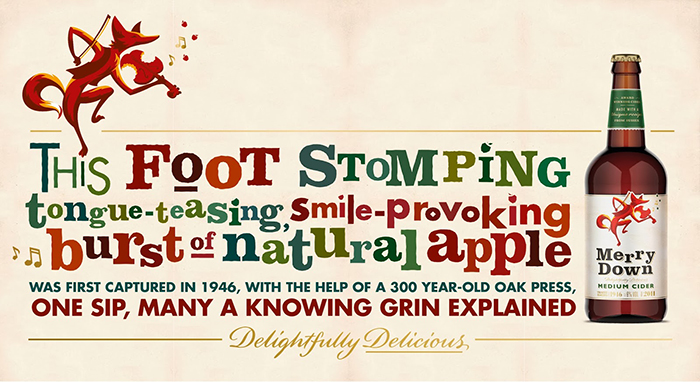 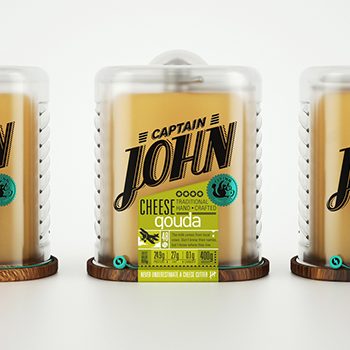 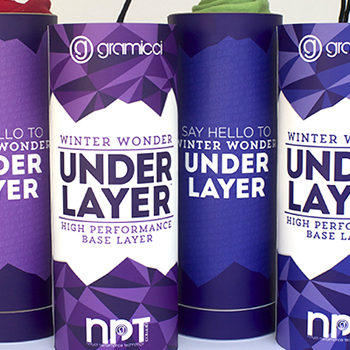 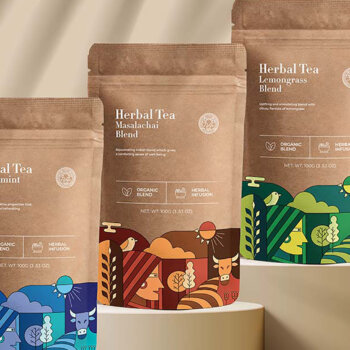